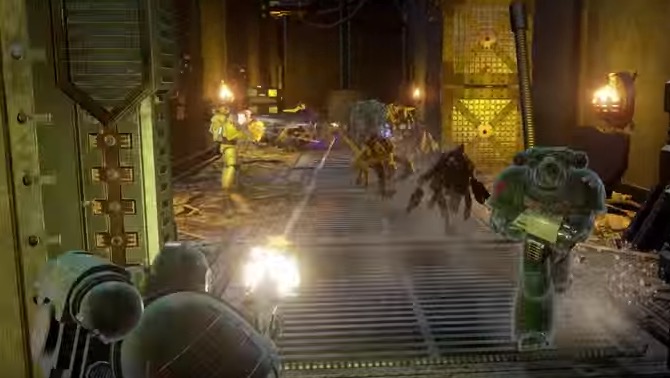 Here come the hive fleets – RUN for your lives!  BeHavior has some year end videos from Eternal Crusade you NEED TO SEE!

Here’s the word from BeHavior Interactive:

“Just a quick reminder about the State of the Crusade email we sent out last week. We know you’re all anxious to get holly jolly, but we’re hoping you can share some of this news with your readers before going into the dark of Krampus celebrations.”

First up, a brand new map was released to our Founders this week: Pegasus Station!  I’ll place the embed codes below for you as well, but this new map joins our previously released Promethium and Blackbolt maps all holiday season long while the BHVR team goes on a small vacation before the big push of 2016.

Lastly, the incredibly popular Relic Item Pack is back in the Rogue Trader store for the holidays. They’re a limited quantity, first come, first served pack, but the hardcore Warhammer 40,000 fans will undoubtedly want to know it’s back in the store.

That it does it for us for the year of 2015. Hope you all have a fantastic holiday break, and we’ve got TONS of plans for 2016. Talk soon!  The Eldar, Orks, and so much more are all coming in the not too distant future, and we can’t wait to share them all with you.

If they turn down the lights and have a lot of tight indoor / underground area of maps infested with Tyranids it could be a LOT of fun for co-op play! I predict lots of screaming over headsets worldwide.

~What do you think of those Nids?