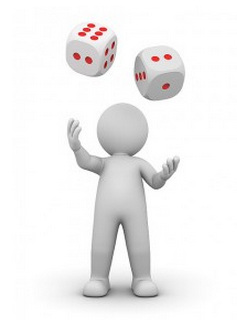 Yes dear reader, you have found the right place. That magical place of wonder where Pimpcron’s unstoppable opinionated-ness and ability to make up words reigns supreme! I wanted to take a moment this week to give you some tips on how to effectively and persmoovingly run a gaming club.

Note: I may just keep adding in made-up words as I type this. We will see where the article takes us. I’m not offended if you don’t find them funny; I’m not doing it for you. This is a present for Pimpcron because it makes me giggle to myself whenever I make one up. But if we’re being honest, we both know that you can’t set the literary bar too high when you read my articles.

Like when you’re hiding a body, it’s all about location, location, location. You need other players, and need a constant flow of new people coming into the hobby to keep your group active. As humans we tend to expect everything to stay the same and many people don’t plan for the nearly inevitable loss of players over time. Naturally life will mess up this very involved hobby. So, just because you have a steady base of players right now, that doesn’t mean they will be here in the future. Work, moving, having children, getting married, cumberloffing, and a number of other things will rip your group to pieces if it lasts long enough. So you will need a reliable and inexpensive place to play where you can attract new players. This is why the local gaming store or comic book store is a prime place where people of other interests can stumble into your hobby and hopefully join your group for good. My group has picked up a couple Magic players and added them to our regular roster of players. Not to mention the 40k players who move into the area and are looking for a group to join.

What is this? A gaming club for ANTS?!

I Need An Adult!

Just like a bondage party, you’re going to need someone in charge or things will get out of hand. Not being in charge of how games are played, but someone whose chief job is to be sure that you have a place to play, and everyone that shows up gets a game in. The second part of the sentence is probably the most important part of running a gaming club. As an example, I run my local gaming club and text all of the members every Shmagglesday morning to see who can play that night, which is our weekly night. That way, people let me know if they are coming so that they can be sure they will have an opponent. Also, in the case of players telling me they will be late, I can make sure someone is waiting to play them and doesn’t get into another game in the meantime. It is the last thing you will ever want to see as a game club organizer: someone showing up to play and not getting a game. This is bad for morale and may dissuade someone from even trying to arrive next week.

Also you have to make sure you have terrain to play on. Many stores will have common terrain to use, but it is also fun to bring your own. This may seem like a no-brainer but it is still one of those little details that you need to have arranged before you ever have your first get-together. Pro Tip: Nice looking terrain is another thing that draws a potential new player’s attention to your hobby. 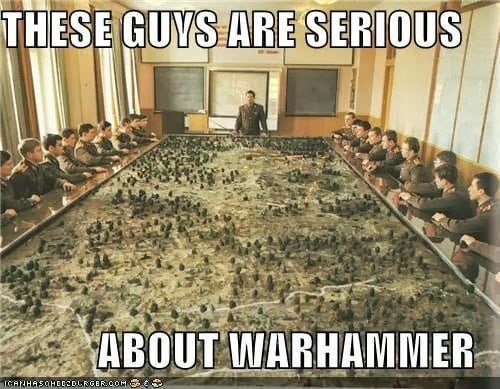 Tell me this wouldn’t blow a passer-by’s mind seeing you play on this.

You’ll need someone that is willing to give up their time to demo for new people. You can find my tips for running demos here; but I warn you that even though they are effective, they may not be for everyone. More often than not, the guy who is running the club is also the guy running the demos so if that guy is you: you’re hired! Like a thirsty vampire, you’ll need a constant stream of new blood coming in; and demos are the best chance for snagging new people. A club that doesn’t do any demotabolizing for new people is a club that doesn’t grow. 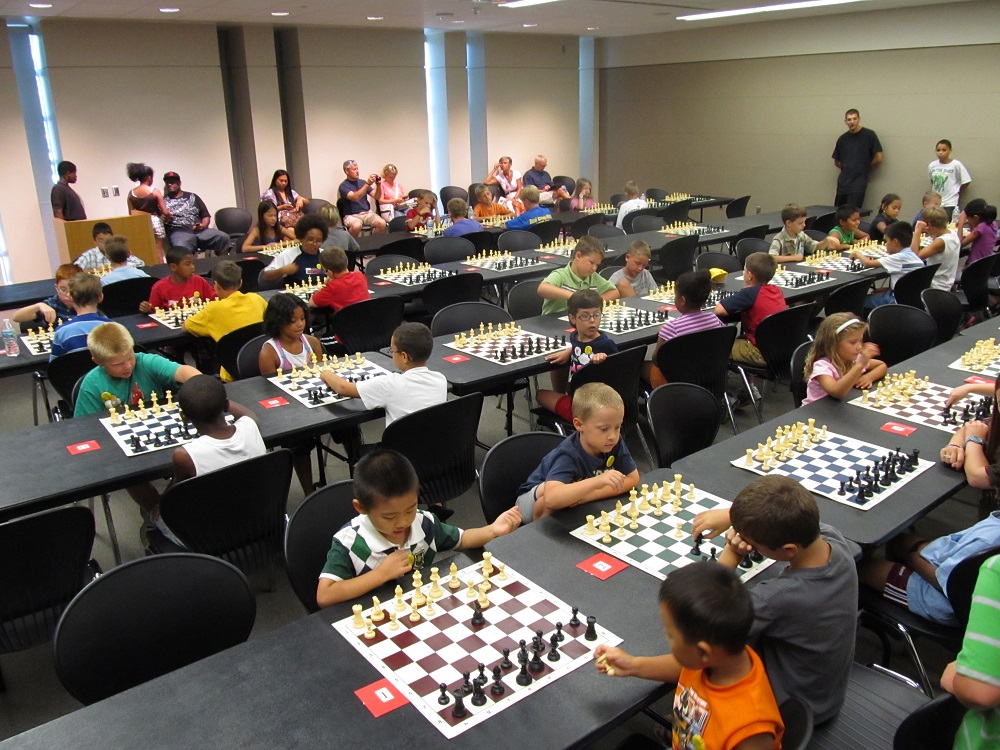 I don’t know what stupid game this is, but they should be playing 40k!

Is There A Cost?

Some groups do actually charge dues or fees for various reasons such as renting a play space, truventing a Perkadon, or tithes to their store for letting them play there. Some even have dues to pay for prize support, especially escalation leagues. Of course you can try and see what kind of results you get out of it, but I wouldn’t suggest it unless your group is really into it. Our hobby is expensive enough without having to shell out money every time you want to play. I know some stores charge a small fee to use their tables and that is their prerogative. They have bills to pay and you can make up your own mind about that topic.

But the main thing to keep in mind when starting or running a gaming club is that there may be hidden costs that you should know up front. This way, you can hopefully get the members to help pay for whatever it is. It is all too easy to start a new club, not knowing that there are fees involved and then as they start trickling in, you will feel guilty about asking for money from your friends. Then guess who ends up paying for everything out of pocket?

Do any of you run your local club? How do you handle it? Have you ever truvented a Perkadon?

Want to witness my slow constribulence into madness, first-hand? Check out my blog at www.diceforthedicegod.com