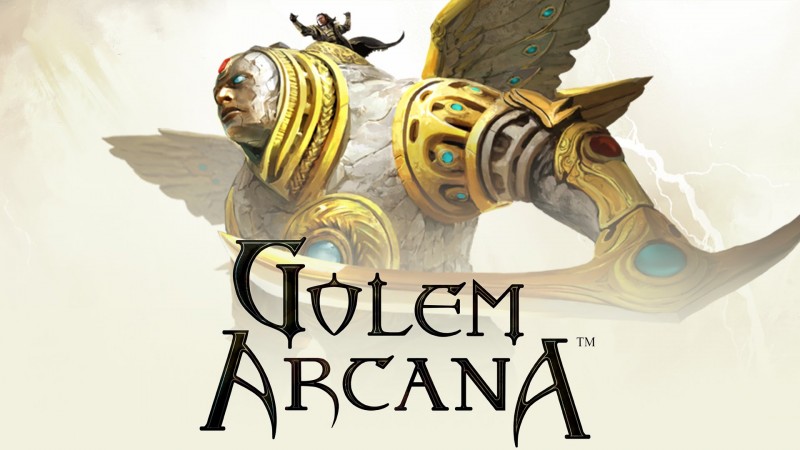 The Game’s remaining stock is being sold at 50% off until the end of February. Here are the details.

Harebrained Schemes has become a fairly big player in the indie PC gaming scene over the last few years. This small company of FASA veterans is behind the recent Shadowrun Returns games and recently raised just shy of $2.8 million on Kickstarter for a new Battletech PC game. Between all those PC games though, they successfully Kickstarted a miniatures game called Golem Arcana back in 2013. Unfortunately, the game has failed to gain the traction required for Harebrained Schemes to keep supporting it and has officially been discontinued. 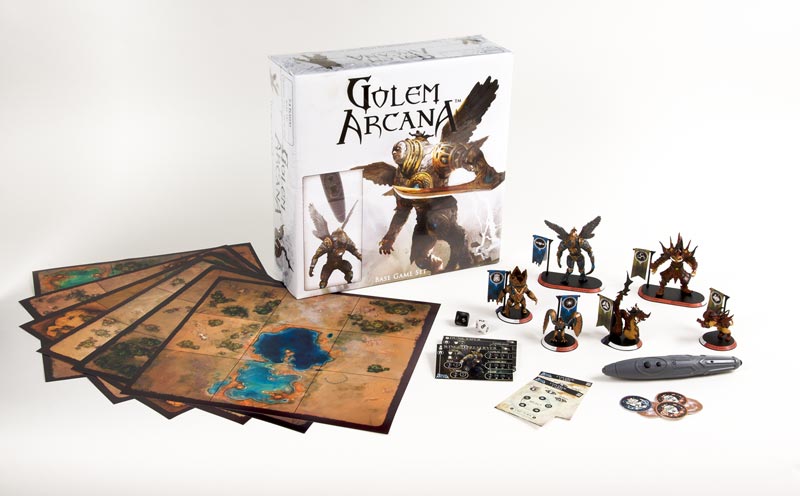 The release of Durani: Champions of the Western Wind on Jan 27th is the final product in the Golem Arcana line. After 17 retail expansions, 14 web exclusive products, two Living World scenario arcs, numerous short stories, a Lore Book, two League Play seasons, and expanded functionality of the core game — we have no future releases planned.

We here at HBS are devastated that we can’t continue to expand this ground-breaking game. We poured our hearts and souls, as well as millions of our dollars, into a landmark development in tabletop hybrid games. We’re very proud of this game, with glowing reviews by everyone from Penny Arcade to Game Informer, and an Origins Award for Best Miniature Figure Rules. Unfortunately, sales have not recouped our extensive investment in software and manufacturing.

The most recent code-update from the end of 2015 is the final state of the App, representing our best foot forward for supporting as many iOS and Android devices and operating systems as possible at that time. We recognize that there are still many minor bugs and sometimes unexpected behavior, and that future devices or OS updates may create additional bugs.

We appreciate your support of Golem Arcana and trust that you understand the financial reasons why we cannot continue to develop the game. Starting on Jan 27th, we will be running a sale on our web-store until the end of February, while supplies last at our warehouse. We’re also moving up the release date of the newest Durani expansion so it can be included in the sale. Afterwards, we’ll be shutting down the web store.

We’ve enjoyed pushing the boundaries of what’s possible in tabletop gaming, and thank-you again for your support.

Golem Arcana is a miniatures game with pre-painted models played on tile-based maps. The standout feature of the game is it’s integration with a mobile app that handles all the stat-tracking and rules-referencing that comes with wargaming. Using a proprietarily stylus, you could easily check damage, upgrades, rules information, stats, special abilities, and so forth by tapping on a model’s base. The setting revolved around warring nations that use magically-infused constructs called golems, each of which is piloted by a knight. These knights were represented in the game as digital cards that bestowed different bonuses onto whatever golem the rode into battle. I always found the app integration intriguing and liked the design of some of the models, but never got around to actually trying the game for myself. 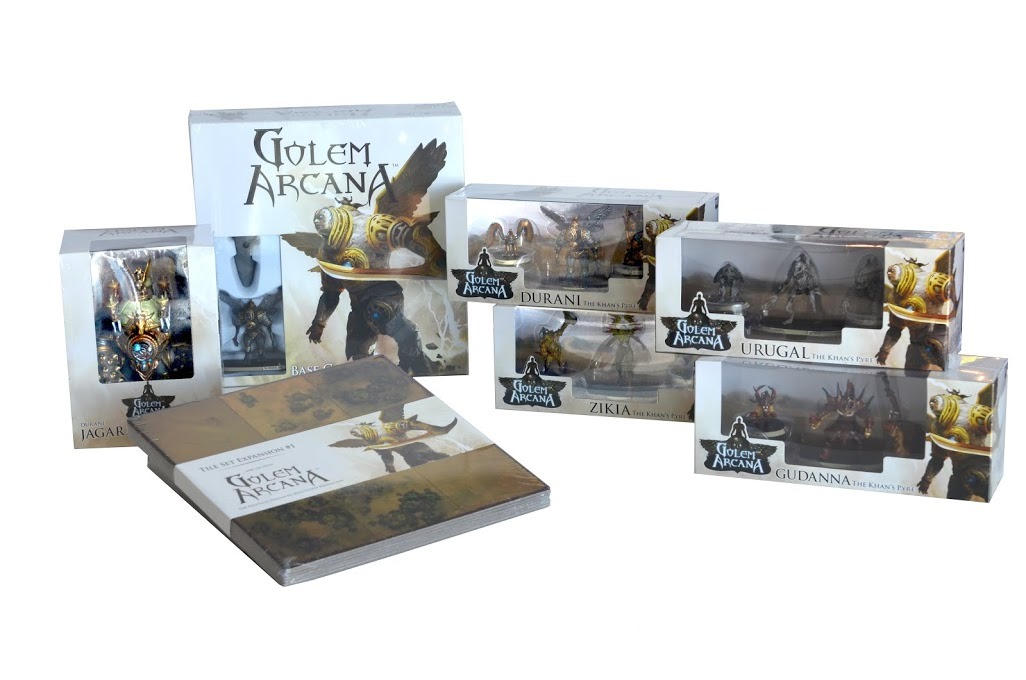 To coincide with this unfortunate news, Harebrained Schemes is selling all their Golem Arcana stock at 50% off, and have even pushed up the release date of the final expansion pack so that its included in the sale. The sale will last until the end of February, or until supplies last, before their online store is shuttered for good. You’ll still be able to use the mobile app just fine, but it will no longer receive updates. If you ever wanted to get into Golem Arcana, this will be your last chance outside of eBay and other third-parties. Luckily this isn’t the end of Harebrained Schemes like with previous examples of a miniatures line going under since they are primarily a PC game developer, so hopefully they can revisit the concept later on down the road, or maybe even revive Golem Arcana as a fully digital experience. 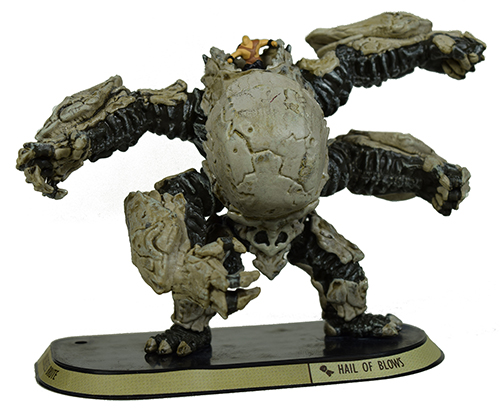 Did anyone here play Golem Arcana? What do you think of the hybrid miniatures-digital game concept?