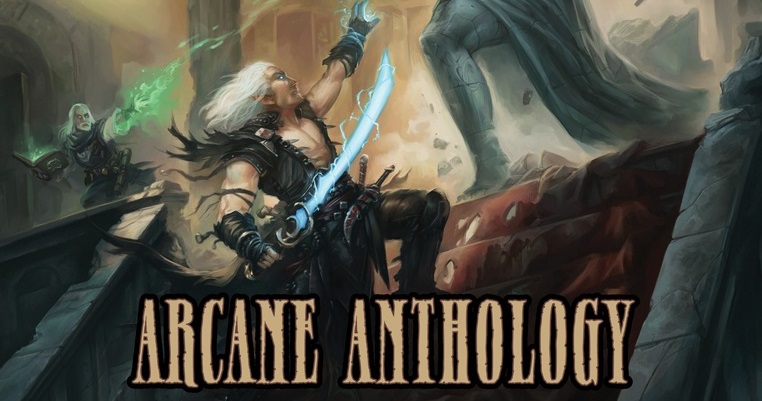 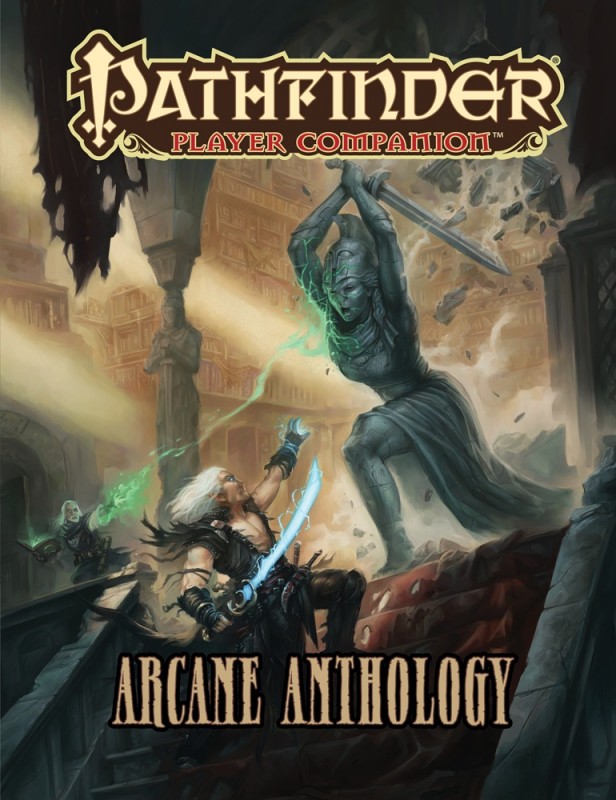 Feeling a little light on the Magic these days? Pazio’s got the book to put a spark in your spellcasting. The Pathfinder Player Companion: Arcane Anthology!

Paizo latest Pathfinder book Arcane Anthology is hitting shelves right now (and the PDF from Paizo will be available Jan. 27th) – so if you are looking to spice up your spell slingin’ – then look no futher!

What harm could there be from reading a book? I think we all know the answer to that, but for those that prepare their spells, damaging your foes is just one of the many options available in Pathfinder Player Companion: Arcane Anthology… And I’m going to pass on a few of these arcane secrets to you!

Not all spellbooks are created equal—and I’m not talking about the handy waterproof or travel-sized versions. In Arcane Anthology, certain tomes will grant additional abilities when you prepare from them with the Ritualistic Preparation feat, like the formula book known as the Galtan Cookbook, which grants the blast finesse action for alchemists. 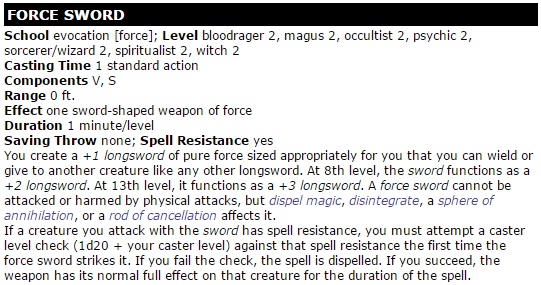 Oh yes, there are more options in here than just for wizards—pretty much every arcane spellcaster is going to want to grab the Arcane Anthology, for reasons such force sword,grand destiny, Last Azlanti’s defending sword, and splinter spell resistance. 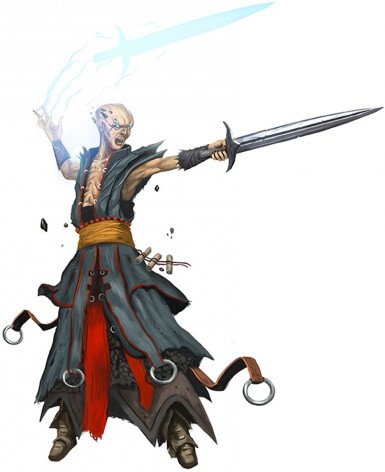 In the Age of Anguish, there was one spellcaster whose name has survived even to the current Age of Lost Omens: Jatembe. Angels, gods, demons, the Ten Magic Warriors—these are the stuff of legends, and now your spellcaster can use the same legendary magic themselves. Spells like celestial healing, Jatembe’s ire (which supposedly eradicated the lost city of Ird), and a number of mask-based feats help capture the glory that Old-Mage carved out of those terrible times in Golarion’s past.

While this volume is called Arcane Anthology, this is not solely devoted to students of the arcane. The eldritch scoundrel archetype for rogues, not to mention the Child of Acavna and Amaznen fighter archetype, are just some of the new content within—and it’s shipping to your Friendly Local Gaming Store and subscribers now. 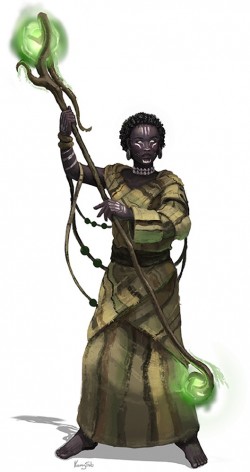 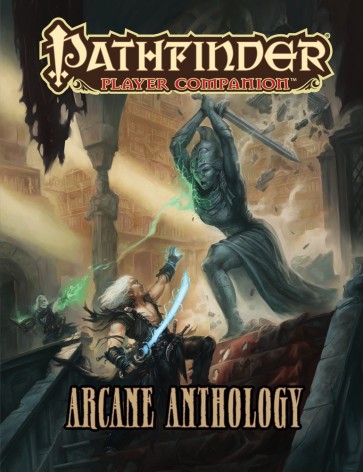 If knowledge is power, then the eldritch secrets presented in Pathfinder Player Companion: Arcane Anthology represent significant sources of potential might! From magus and wizard spellbooks to alchemist formula books to mystical options for bards, bloodragers, sorcerers, and witches, this volume presents tomes of spells and uncanny knowledge written and recorded by Golarion’s mightiest arcane casters. In addition to new spells and secrets of spell preparation found in spellbooks such as the collected Analects of Aroden, the Wisdom of Jatembe, and the Runes of Wealth, this Player Companion also includes archetypes, feats, and character options for PCs of nearly every character class. Inside this book, you’ll find:

When someone asks, “How did you do that?” Just smile and say, “Magic.”