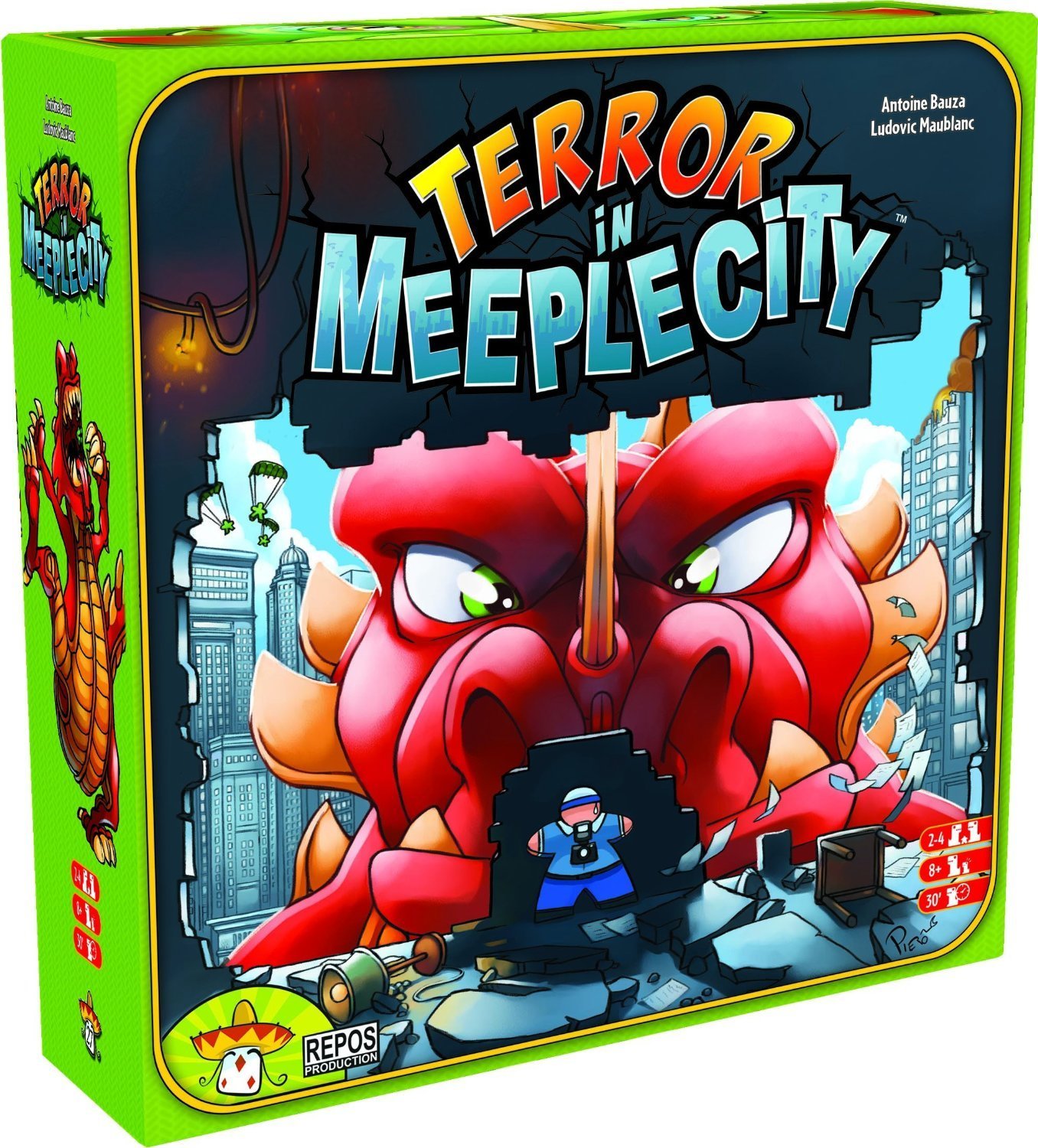 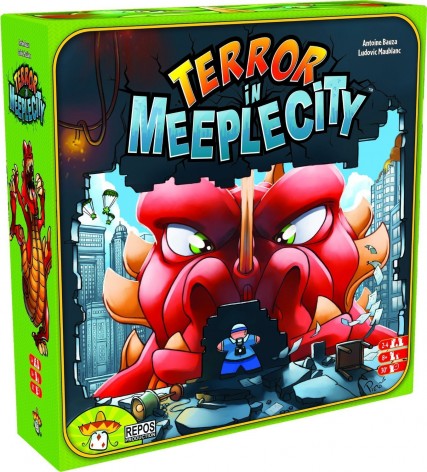 The Tabletop Spotlight is on Terror in Meeple City!

When our friends over at Dragon’s Lair Comics & Fantasy brought over Terror in Meeple City I was told “Get ready to unleash your inner Godzilla!” That is exactly what this game is! You can go on a RAMPAGE (wink wink) with this family friendly game. Check it out:

This is a fairly fast game with kid friendly rules and themes – you’re basically smashing through Meeple City with your monster. This game is more physical in the sense that you’re flicking wooden blocks into 3D building and knocking things over. It’s all about the kinetic destruction! But just because it’s a “kids game” doesn’t mean adults won’t have a good time too. If you’ve ever wanted to play dinosaurs or be Godzilla – you’ve got to check this game out:

In Terror In Meeple City, you arrive in Meeple City as a gigantic, famished, scaly-skinned monster! Your goal: Dig your claws and dirty paws into the asphalt, destroy buildings, and devour innocent meeples. The monster who has caused the most damage after the carnage finally ends wins the game.

The buildings in Meeple City are comprised of floor tiles and meeples, with the meeples serving as pillars that support the floors. Each monster, which consists of a wooden paws disc and a wooden body, starts in one corner of the game board. On a turn you take two actions from four possibilities, repeating an action if desired:

-Move: Pick up your monster body, flick the paws disc, then place the body back on the disc.

-Demolish: If your paws are on the sidewalk surrounding a building, you can pick up your monster body, drop it onto a building, then collect any floors that have no meeples on them.

-Toss a vehicle: If you’re in a neighborhood with a vehicle, you can pick up the vehicle, place it on your body, then flick the vehicle at a building or another monster.

-Breathe: Even while away from sidewalks with no vehicles, you can cause destruction by placing your chin on your monster’s body and blowing across the board. 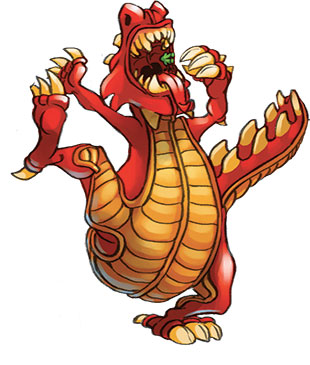 After your two actions, you can eat unprotected meeples on the ground in your neighborhood, but you can eat only as many as the number of teeth you have. If you knock another monster to the ground, you break off one of its teeth, thereby keeping it from stealing your food! 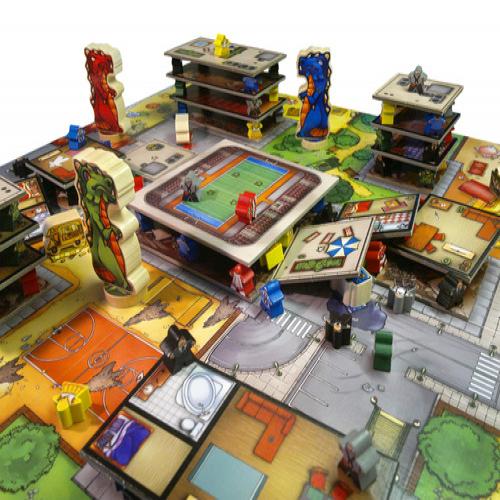 You score points for eating meeples, collecting floors and teeth, and for achieving the goal on your character card. In addition to the character card, each player has a power card and a superpower card unique to his monster, with the former lasting the entire game and the latter being a one-shot effect that’s revealed only upon use.

Go on a RAMPAGE with Terror in Meeple City!