The Wolfen, Leman Russ, Vlka Fenryka – it’s all true. The Space Wolves are coming, don’t miss the start of 40k for 2016!

A New White Dwarf  has been spotted, and look who’s on the cover! 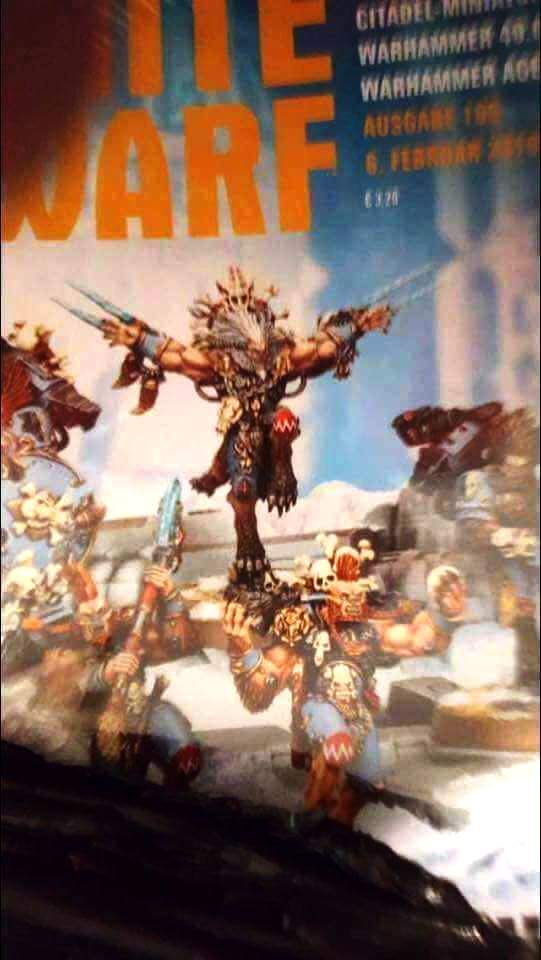 Now take a closer look at this cover. It looks to be issue 106, and dated February 6th, which is two weeks from now.  That is also the day of the now annual Horus Heresy weekender at Warhammer World.

I feel like the questions we can take away from just seeing this cover are:

Here’s what we had been hearing earlier in the week, but with this big reveal the actual release lineup is once again anyone’s guess.

Tyranids in January is nonsense. Fyreslayers.

It’s not impossible there will be a FSE (Farsight Enclave) book, which may or may not be reprinting the rules from Mont’ka.I wouldn’t expect many miniatures with it. Probably just be the book, or a single clam-pack at most. There will be several 1-week things 2016.

This Week’s news from BoLS

Sources have relayed to BoLS that the Space Wolves are returning this year, but there are some big caveats:

And this from just yesterday:

Then we got this Shocker Last Night:

‘Many repacks of old Chaos Warrior models, including knights and barbarian riders, who are now 10 per box, rest remains the same.

Wardens of the Everqueen, a novella, and Space Wolves Audio drama, ‘Parting of the Ways.

There are no Wolves on the White Dwarf?

Find out more about the Space Wolves