The Walking Dead: All Out War – Characters 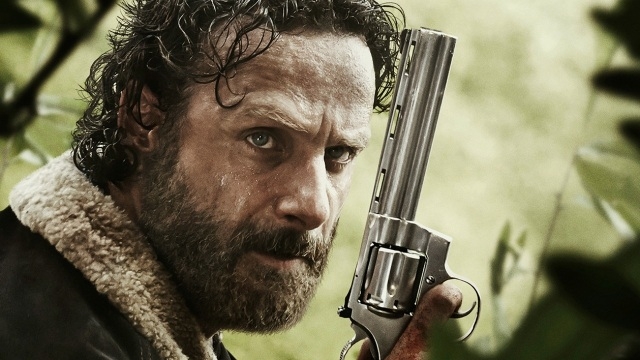 Today Mantic talks all about how the main characters work in The Walking Dead: All Out War.

It’s Walking Dead week over at Mantic, There was some initial info from Mantic on The Walking Dead: All Out War, and how walkers work.  Let’s pick up the trail today with more details on the game itself – exactly how do the main characters work? 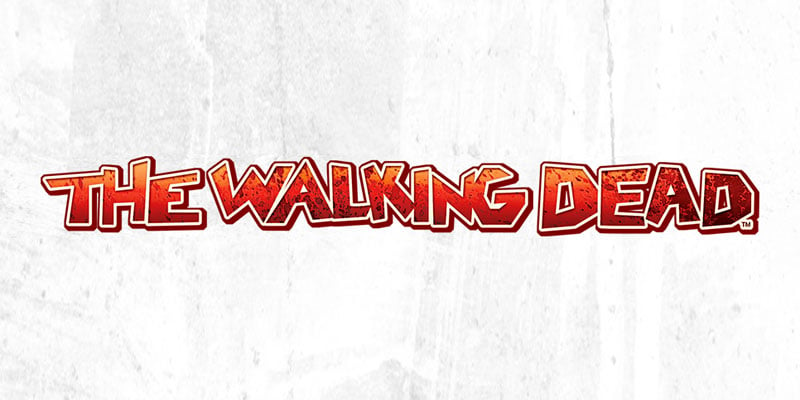 The survivors of the apocalypse are integral to both the story and the game in The Walking Dead: All Out War. As a player, you will take control of straggling groups of these wayward souls and fighting for their survival.

Every Character in the game will come with an associated Character card. This will list their name, abilities, health and role within a group. Let’s take a look at Rick Grimes – although please note that all of this is subject to play testing and may change.

Rick is a ‘Leader’ which is relevant for gang building, and also grants him a special ability. Once per game, he can distribute a randomly determined number of actions amongst the other survivors in his group. He has a points cost –fifty- for gang building, too. 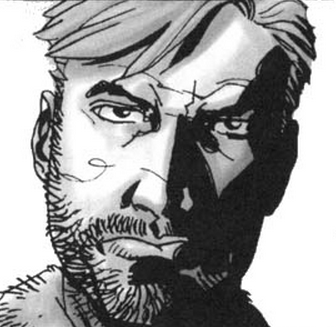 The stats in the game show how good a model is at fighting in melee, firing a gun or defending themselves from attack. Each of these stats is represented by a coloured dice. The dice are six-sided, but specially marked to show different levels of skill – red dice aren’t as good as white dice, for example. Rick has a white dice for all three stats – making him a good all-rounder. 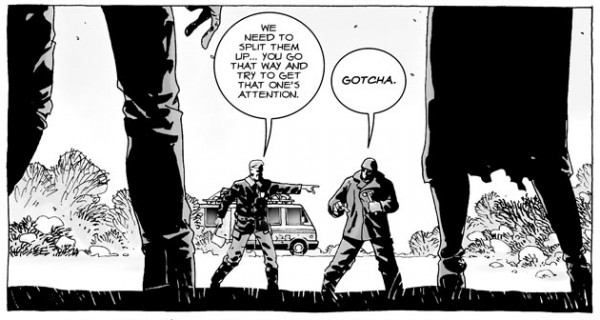 Each survivor in your gang also has a nerve level. As the fighting gets fiercer and more survivors fall, or more Walkers arrive, characters may become panicked. The game uses a Threat Level, that is modified by events and the state of play. This can either be ‘All Quiet’, ‘Low’, ‘Medium’ or ‘High’. Rick’s Nerve is high, so he will only become panicked under extreme circumstances – keeping a cool head the rest of the time. 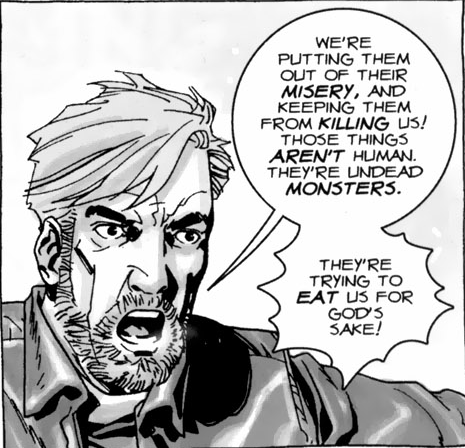 Some characters have special rules to represent unique abilities or character traits. Rick’s is ‘Blood Ties’. If Carl Grimes is in the same gang as him, and is removed as a casualty, Rick gains a bonus to his attacks for the rest of the game – fitting if you’ve read the comic in which Carl is injured and Rick looses it towards his assailant.

Finally, each card shows a character’s health, using survival points that are tracked throughout the game and are removed each time the survivor is hurt or bitten. They also have Pack slots, which shows how many different items they can carry – we’ll be covering these later.

What Characters are you looking forward to playing – what abilities would you like to see? 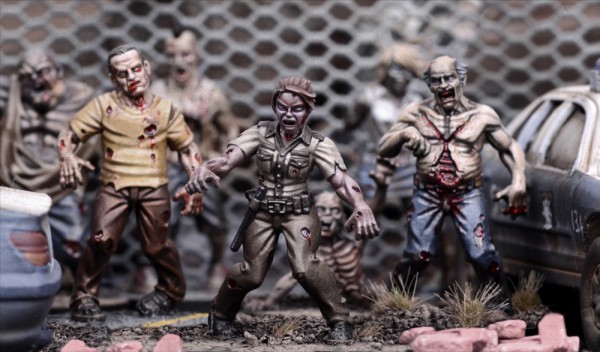