The Red Scorpions are back, and fighting for the lives against the Tyranids who have escaped their Grim Dark Jurassic Park!

Today we take a look at the latest updated version of The Anphelion Project from Forge World – all revised for 7th Edition. 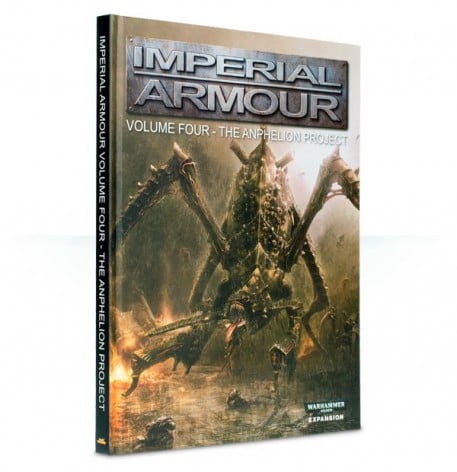 “When Ordo Xenos Inquisitor Solomon Lok receives orders to investigate the loss of astropathic communications from a moon in the Anphelion system, he begins a journey into darkness, horror and treachery. Supported by Space Marines of the Red Scorpions Chapter, Elysian Drop Troops of special detachment D-99 and Cadian Guardsmen of the 266th Regiment, Lok is soon fighting for his life amidst the fog-enshrouded eerie landscape.

Imperial Armour Volume 4 – Second Edition contains full details for the entire range of Forge World’s Tyranid models, allowing you to use them in games of Warhammer 40,000. The Anphelion Project also includes extensive background information on the gruesome array of monstrosities spawned by the Hive Mind in its war to consume the Imperium, making it an essential resource for players seeking to unleash the true horror of the Tyranid menace upon their foes.

Also included is a full record of the Anphelion incident, from Inquisitor Lok’s discovery of the true nature of the research being carried out on Beta Anphelion IV, to the actions of his treacherous allies conspiring to bring about his untimely end. Alongside this is a campaign which allows players to make their own attempt to survive the dangers found within the Inquisitorial research facility, as well as a full army list for the special Inquisitorial detachment D-99 and additional rules for the Red Scorpions Chapter, enabling players to field these veteran warriors in the defence of Beta Anphelion IV.”

Why You Should Buy It

This book has the update 7th Edition rules for the big Tyranids baddies like the Hierophant, Hierodules, the Malanthrope, and the new big guy the Dimachaeron! Plus army lists for the D-99 Elysians, and the Red Scorpions chapter of Adeptus Astartes as well.

Author: Robert B
Robert is a veteran tabletop and miniatures gamer, and writer with over 20 years of experience. His specialtiesies are the worlds of Game's Workshop's Warhammer. He began writing for BoLS In 2010.
Advertisement
Forge World Review Tyranids Videos Warhammer 40k
Advertisement 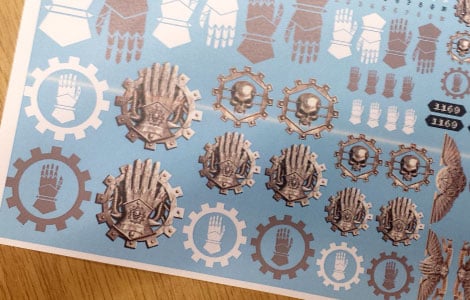