40K: Daemons with a +4 To Seize the Initiative? 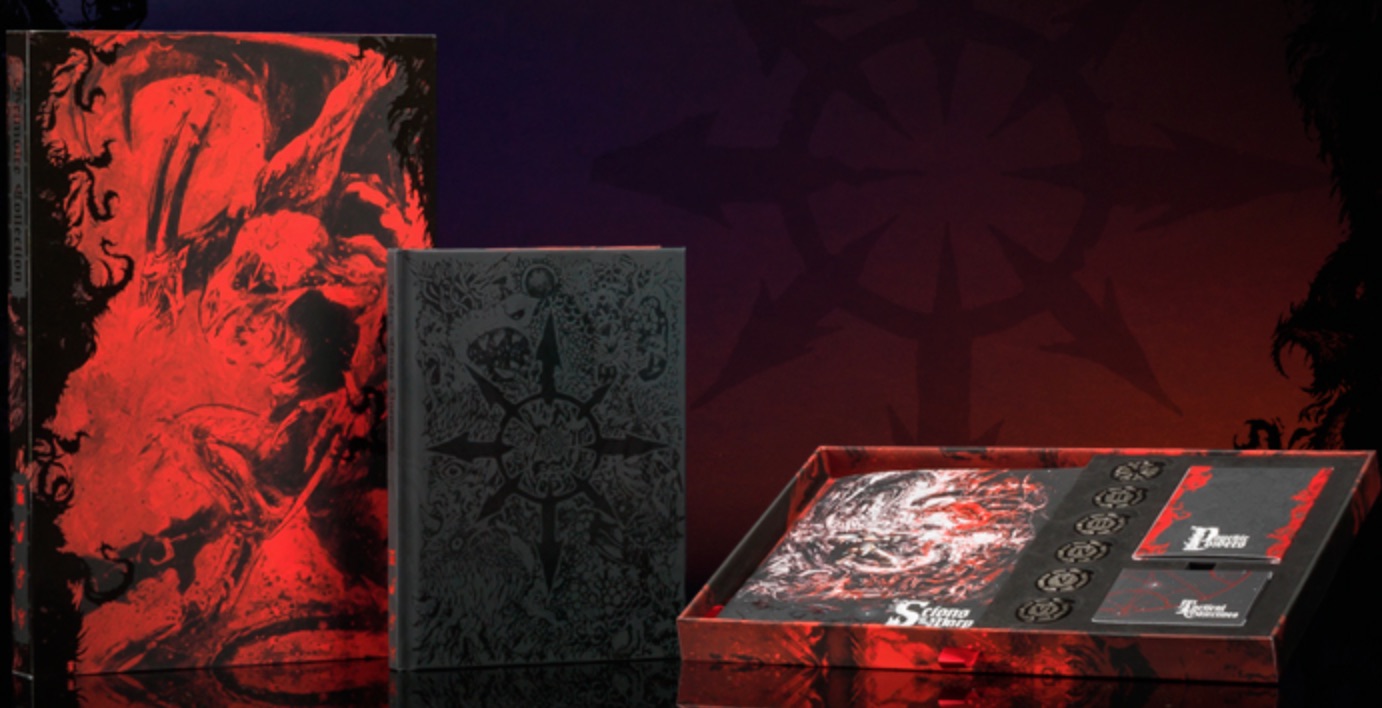 Come see the crazy stuff that some folks are trying to do with Daemons from Curse of the Wulfen!

It’s that time again, and new 40k rules are here! Whenever new books come out for Warhammer 40k we love to take a closer look at anything you should be aware of before you step up to the tabletop or store register.

This article is rated Do Not Try This On The Tabletop.

We not to advocate any of these antics we talk about in here. This is meant to educate folks as to what “that f-ing guy” can do and might be something you may see on the tabletop.

Inside the new supplement there is a Daemon formation called the the Infernal Tetrad, that that depending on who you ask may be the most open ended hot mess that Games Workshop has ever written! 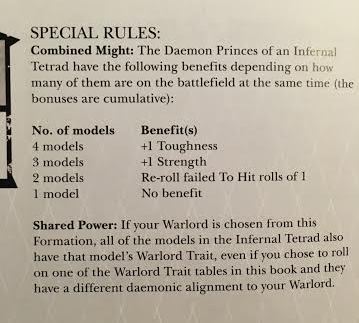 Checkout the wording on Shared Power.  Now normally the factions of Chaos don’t all get along at the same time, but these guys do, and they may be trying to break the game in true Chaos fashion.

The way some folks are trying to argue Shared Power  is that things that give you modifiers to rolls, stack to benefit the rule it references itself. For example does getting #3 Warp Tether allow your warlord to get +4 to his Invulnerable save? What about Incorporeal Form, does that make enemies target the unit at -4 BS?

See where this is going? It’s literally a pandora’s box of What If’s, and that’s not just the modifiers part either.

What if you get the Lorekeeper trait, does your Khorne Daemon Prince suddenly know how to cast spells after eons of bloodletting?

Now jump over to the main rulebook and it really get’s sticky: 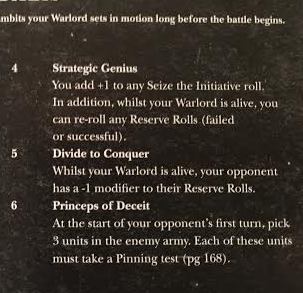 Those are some heavy duty modifiers there. Could you get +4 to seize, force your opponent to roll -4 to their reserves OR even try to pin their whole army pre-game?

Well there’s folks out there arguing YES to all of these already and with Games Workshop keeping mum or bumbling FAQs like they do it’s doubtful that we’ll have a “clear” answer from them anytime soon.

So what say ye? Are you for or against this special rule, and why?

Khorne is so angry right now…

Author: Robert B
Robert is a veteran tabletop and miniatures gamer, and writer with over 20 years of experience. His specialtiesies are the worlds of Game's Workshop's Warhammer. He began writing for BoLS In 2010.
Advertisement
Chaos Daemons Games Workshop Rules Warhammer 40k
Advertisement