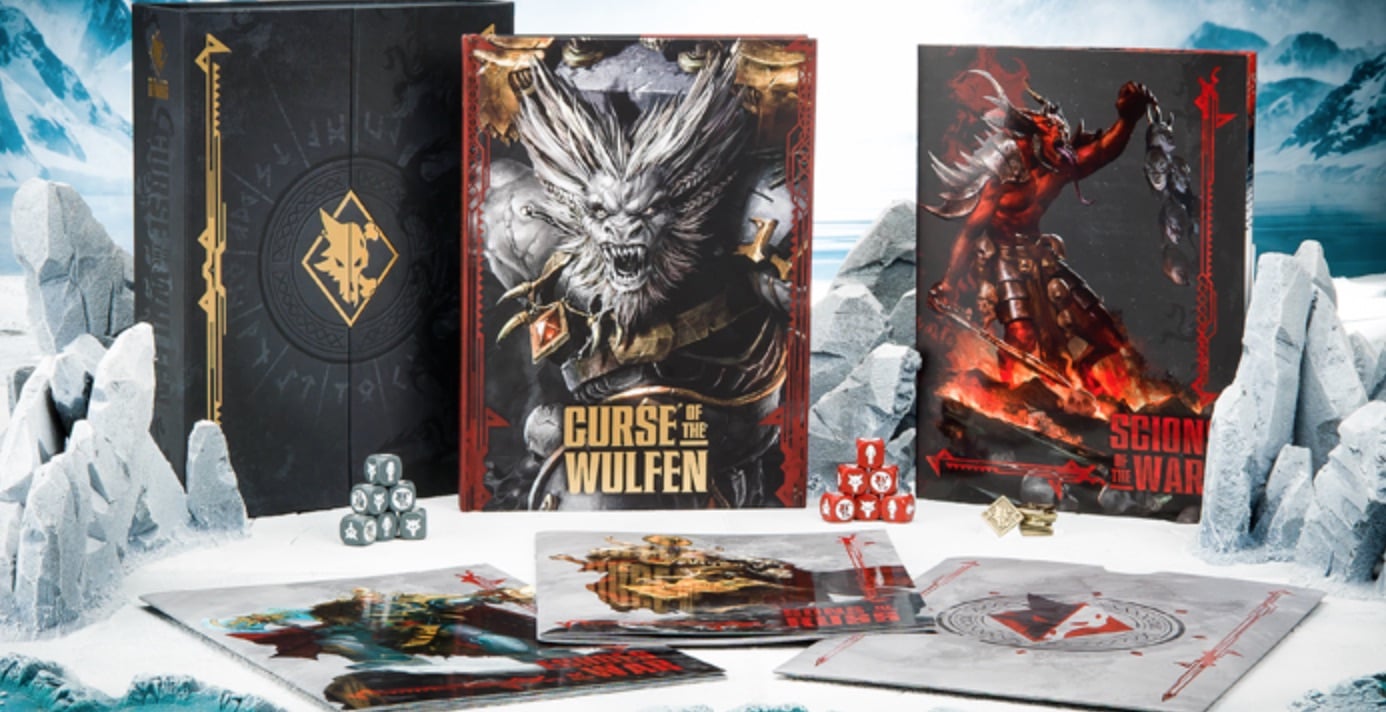 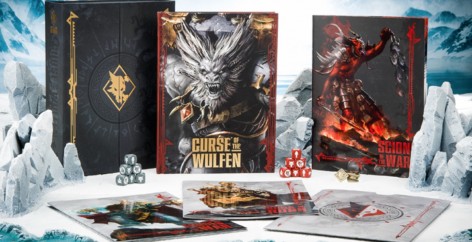 Curse of the Wulfen and the Daemon Collection are leaks running WILD this weekend – Come see all the latest!

We already covered the first chunk of rumors last night. But this is a consolidated list of NEW rumors/rules leaks. Note: Edited for Clarity (bolds) and consolidated for ease of reference. Keep in mind, if you haven’t seen it direct from GW, bring the salt – standard rumor caveats apply!

Restrictions: The formation have to include enough dedicated transport to embark all non-vehicle model.

Special Rules:
Units of of this detachment may disembark from transport moving up to 12″
Vehicles may move additional 6″ when moving flat out.-
Vehicles of this formation may get all upgrades they want for free (weapons and wargear)

Scouts do not appear in the book, so they remain 100% the same.

Dreadnoughts do not appear. So they dont have 4 attacks.

No new Relics for Wolves.

They can mount a TW for 50 points.

Restrictions: Wolf Lord, Battle Leader and Wolf Guard have to purchase a jump pack or a bike.

Special rules:
Reroll failed charge distances
If an enemiy unit wants to overwatch has to pass L test. Fear when charging
If roll to charge is 10 or more, the unit get Furious charge

Putrefaction horn of Nurgle (35 points): At the end of the combat phase, créate a Plaguebearer for every model killed by the Bearer of the horn.

Epidemy (20 points): +1S, Combat, Specialist, Every time a model is killed with this weapon, unit must take a T test. If failed, the unit suffters a wound (no armour or cover saves allowed)

Bell of the end of the world (30 points): Instrument of Chaos. All enemy units get -1L

All units gain +1 attack while within 6″ of one another.

All units benefit from the Heralds loci if they are within 12″ of him.

Another formation:
3 Skull Cannons, squadron, may fire as one with an Apocolyptic Blast with AP3 and still Ignores cover, ouch.

+1 Strength to all Warpflame attacks.

All units within 12″ of the Herald benefit from his Loci.

Another formation:
1 Herald
9 units of either Screamers of Tzeentch or Burning Chariots

Chariots can do Slash attacks, inflicting D6 str 5 ap 4 hits on a unit they move over. Screamers get +1 hit.

All units within 12″ of the Herald gain his Loci.

Nurgle
1 Herald
7 units of either Plaguebearers or Nurglings.

Enemies may not fire overwatch at units from this formation.

All units gain the Heralds Loci while within 12″.

Another formation:
1 Herald
7 units of either Plague Drones or Beasts

All units gain Hammer of Wrath with poison 4+

1 unit within 12″ of the herald may take a leadership test if they pass they can reroll failed charges and gain +3 attacks. If failed they must attempt to charge the nearest enemy.

1 Herald
6 units of either Fiends of Slaanesh or Daemonettes.

Any enemy units in combat suffer -1 WS and -1I

All units within 12″ of the herald benefit from its loci.

Another formation:
1 Herald
6 units from either Seekers, Hellflayer, Seeker Calvacade.

All units move 6″ when running or moving flat out. 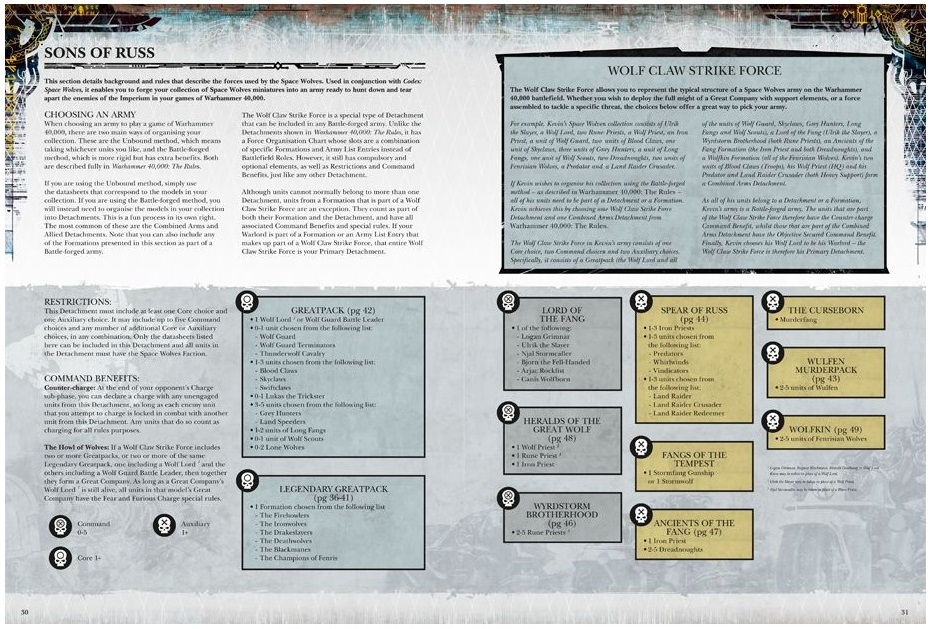 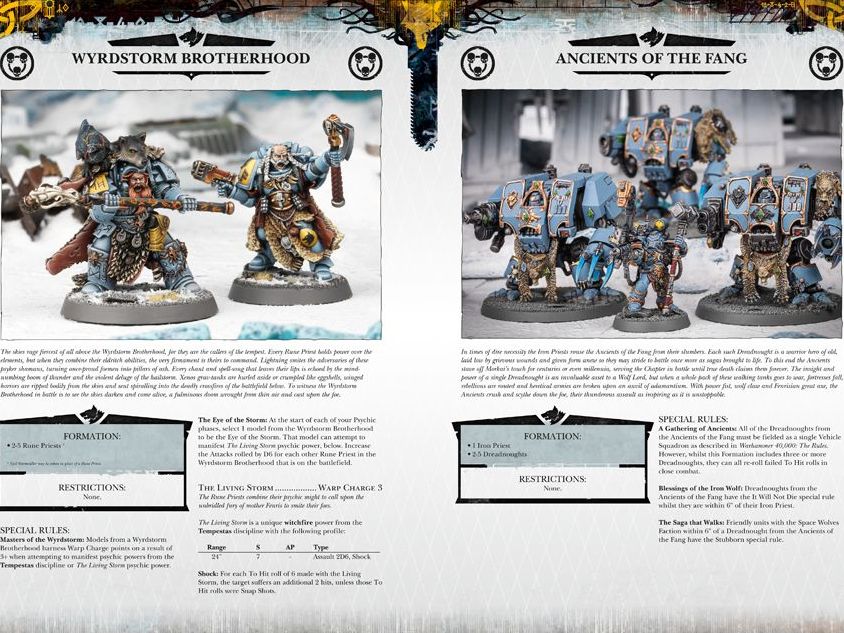 That’s a LOT of pain heading to the tabletop! Are you READY!?