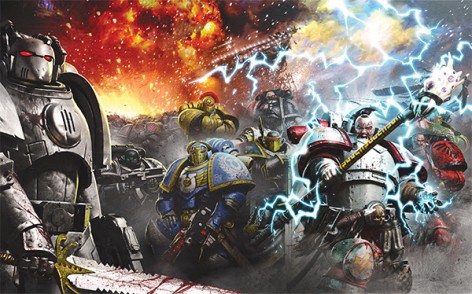 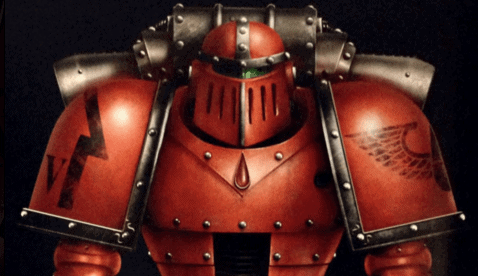 legiones astartes rule
when in combat and using a melee weapon BA require 1 less to wound than normal (1 less, not +1str, but same effect, so it stacks with weapon boosts)
may not go to ground
excluding dedicated transports BA may not have more vehicles than units with the legiones astartes rules, this may block certain rites
wargear
any model who can take a volkite serpenta may instead take a hand flamer for price
any model who can take a plasma pistol may take an inferno pistol for a price
praetor, centurion or consul may take a new sword if they can take a power fist, AP2, master crafted, twohanded and each wound caused (before saves) counts as two, rolling saves separate. pretty damn nasty
may take assault cannons same as imperial fists
rites of war
two rites, one offensive, one defensive
offensive rite:
all jump infantry units, must be held in reserves, and must deep strike in on turn one, no rolls needed, all deep striking units (not just jump infantry) gain a +5 cover save on the game turn they arrive, and all shooting attacks from deep striking infantry and jump infantry units gain pinning on the turn they deep strike in. all blood angels gain +1 initiative on the charge, characters must always accept challenges if issued.
compulsory choices for this rite must have jump packs, must take a compulsory fast attack choice, which must have deep strike or be a flyer. can’t take fortifications, sentry guns or any LoWs that aren’t flyers or sanguinius himself.
defensive rite:
immune to pinning, and stubborn while within 3″ of an objective which is in their own deployment zone. enemy units suffer -1 to their sweeping advance rolls when their running away. units that are below 50% of their starting number of models, gains FNP(5+) but counts as destroyed at the end of the game for VPs and are no longer scoring. Characters must issue and accept challenges, 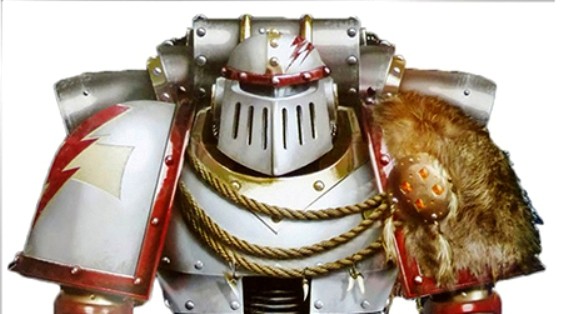 legiones astartes rule
units which move their full distance in their movement phase, gain +1 to cover saves or a 6+ if none, and also rerolls 1s to wound with shooting and combat attacks until the start of your next turn.
gains +1 to the roll to see who goes first, seize the initiative, and to the 1st reserves roll each turn
must take a single fast attack slot before taking any heavy support choices, does not apply to zone mortalis missions.
skilled rider (as if this was a surprise to anyone)
wargear
power glaive, two profiles, either a power sword if used one handed or a power axe without unwieldy if used two handed. may be taken by any character (including sergeants and the like)
cyber-hawk is a wargear option for any WS praetor. basically, it can be placed anywhere on the board, and WSs get to reroll 1s to hit when shooting against any enemy units within 6″ and may reroll charge range against said units, the cyber-hawk can not be charged or shot at, and doesn’t count a an actual model, only a counter.
rites of war
first rite
skyhunters and outrider squads are troops and scoring units, they must also be taken as the compulsory units. units with the bike or jetbike type gain hit and run. infantry without transports start in reserve. infantry units gain outflank, and they also gain hit and run, if the unit doesn’t have any heavy, salvo or ordinance weapon in it. the warlord must be on a bike or a jetbike. may not have more heavy support choices than fast attack
second rite (may only be taken as part of a shattered legions force)
units do not conceded VPs for being destroyed on a 4-5, on a 6, you score a point. all models are fearless on the first round of a combat.must be loyalists, must have more infantry than vehicles.

legiones astartes rules
when fighting in combat with a ‘blade weapon’ (list provided but not repeated here) and fighting an enemy unit with the same WS, you hit on 3’s rather than 4’s.
if at the end of the game the enemy player has more units left than the dark angels player (including allies on both sides) then they get +d3 victory points, fleeing units don’t count as usual.
wargear
lots. this is where DA get their real toys. 3 new weapons, and 3 extra ammo types for existing weapons
any character who can take a power sword can instead take a calibanite war blade, which is a power sword with +1str for the same price
new plasma gun variant, anyone who can take a plasma gun may instead take a plasma repeater for a few points extra, 12″ str6 ap2, salvo2/3 twinlinked and gets hot
any DA praetor, consul or centurion that can take a power fist, can instead take a terranic greatsword, str +3 ap3, two handed, instant death.
acid rounds for heavy bolters on infantry or dreadnoughts, poisoned(2+) and ap value of D6 (roll each time its fired)
stasis shells for grenade launchers and missile launchers on models with LA(DA) rule. small blast, str3/4 depending on type, and any unit hit by it, suffers -1ws and initiative until the end of the turn.
rites of war
first rite
proto-ravenwing, jetbikes and outriders are the only troops choices allowed. ICs re-roll to wound against targets with toughness 5 or higher in close combat, also stubborn while in combat. jetbike and skimmer type units can leave the board and go into ongoing reserves, gain outflank when this is done, may reroll all sweeping advance rolls. characters may take rad grenade. all vehicles must be skimmers or flyers. infantry must have skimmer or flyer transports or can’t be taken. can’t get leadership bonuses from allies.
second rite
ironwing, all vehicle squadrons of two or more vehicles are BS5. infantry gain +1 to wound when shooting at an enemy unit within 12″ with pistol, rapidfire, or salvo weapons with str5 or less. all vehicles ignore their first failed dangerous terrain test (of the game) and add +1 to flat out moves. all dreadnoughts of any type gain fear and tank hunter. all infantry must have transports, at least half the total number of units in the army must be vehicles with the ‘tank’ type. should all the tanks be destroyed then the enemy gains an additional VP as if they’d achieved a secondary objective. no fortifications. 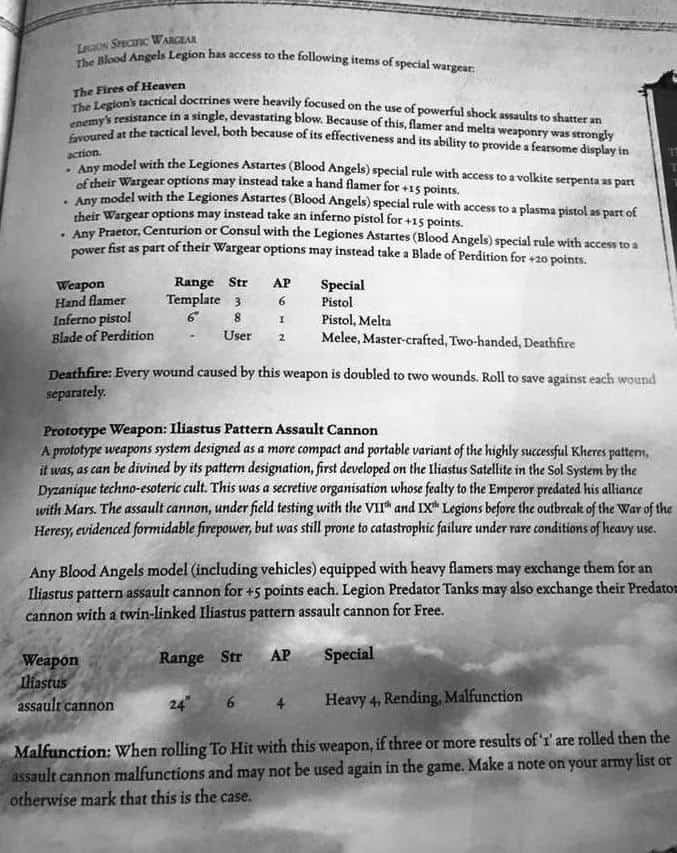 It looks like Horus Heresy may be all about “Death from Above” and “Purge and Flame” now! Checkout that shiny new Assault Cannon them boys in red get as well! You known Dorn doesn’t like that much…

Book IV: Retribution looks to be amazing, from the new Rites of War to the Shatter Legion rules, this book will be BIG!

Even more rules and other new Astartes previews below on the roundup. Be sure to check it out!

Who’s side are YOU on?

Author: Robert B
Robert is a veteran tabletop and miniatures gamer, and writer with over 20 years of experience. His specialtiesies are the worlds of Game's Workshop's Warhammer. He began writing for BoLS In 2010.
Advertisement
Forge World Games Workshop Horus Heresy Rules Warhammer 40k
Advertisement