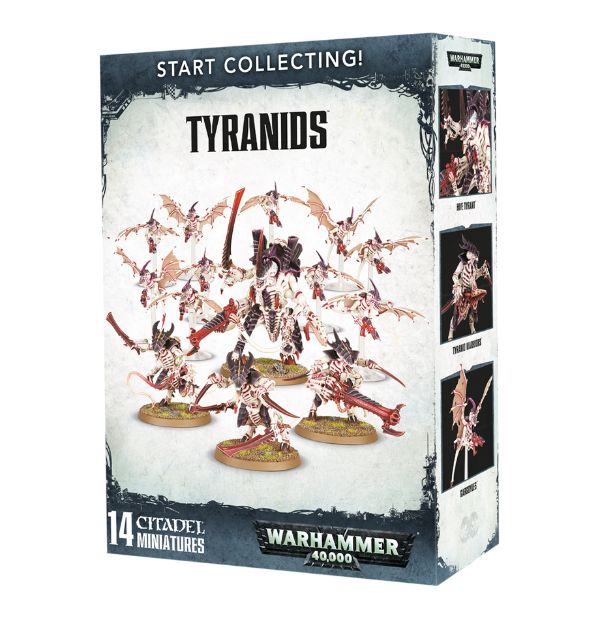 AdamHarry finally caved-in and bought more Tyranids – But was it worth the money?

Hey BoLS Readers – AdamHarry here and I finally did it. My will power against the swarm has finally given out. I bought MORE Tyranids. Did I “need” them? Depends on who you ask. If you ask me then, “YES! I need my Plastic Crack FIX!” If you asked anyone that’s seen my Horde of Tyranids they’d probably say, “No, he has a problem and should probably get medial assistance.” Pfft – whatever, what do they know, RIGHT?! Anyhow, one thing was holding me back from taking the plunge – and looking back, yes it’s silly – but I had my doubts that the kits inside this “Start Collecting” box deal were the “full” kits. This is EVEN AFTER I opened up a few kits that our buddies and Dragon’s Lair brought to check out.

So I did it anyway! I spent my own money on this one. If anyone asks why – It was “FOR SCIENCE!” I had to know for sure and if that was going to cost me…then so be it! Fortunately my little gamble paid off. Was this Start Collecting Box worth the money? YES. I stand-by the fact that these boxes are an excellent deal for anyone in the hobby, old or new players alike. 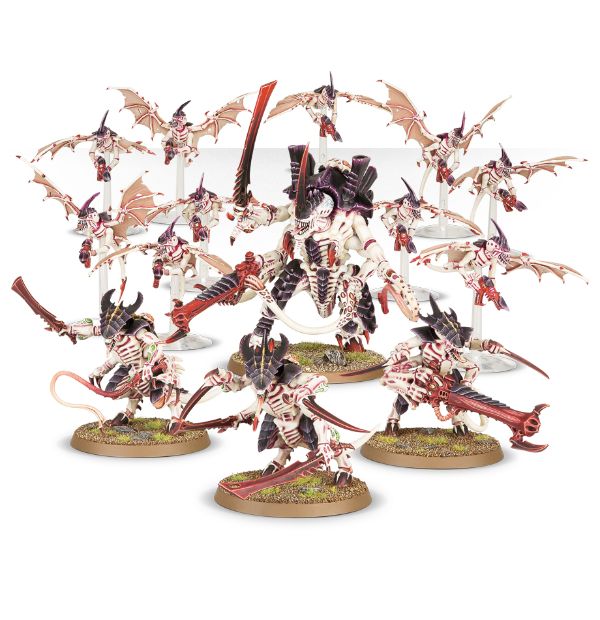 Hopefully this dispels any more doubts about these bundles. I know I still had my concerns but now I’m satisfied. I can confidently say that “Yes, they are full kits – no trickery or shenanigans.” And for all you like minded Jr. Accountants out there lets look at the pricing:

These numbers, like my hips, don’t lie. And having confirmed that these are full kits I’m pretty stoked! Now I’ll be able to use those Forge World Double Devourers I’ve been saving…MWAHAHAHAH! Also I just realized I have a second set of FW devourers. Guess I’ll have to get another box…Darn 🙂

Seriously though – this makes me wonder why Games Workshop 1) hasn’t done this sooner and 2) why don’t the do this even more? People like to buy in bulk when they feel like it’s a good deal. Can you imagine the excitement of seeing a bundle deal for a new army that was around $200 and offered the same kinda of deal? In fact let’s build out an example starter army that costs $300 to build but would retail for $200:

We’d be a little over $300 retail but that’s a pretty solid start right there. It’s not going to win any tournaments but it’s a good all-around box set that you can build from. But the formula is right there for the taking: 1 HQ unit, 3 Troops, 1 Fast Attack, 1 Elite, 1 Heavy Support all in a box for around $200. Throw in one of those formations that take 5 minutes to whip-up and make it happen GW. If you like my idea I take payment in the form of Miniatures. Or Resin. I’ll take Forge World Resin kits, too!

What do you think? What would your “Dream Army Box” look like? Build a list that costs $300 to make and let us know in the comments below! Oh – and try not to just spam the same box. No one likes Spammers. Not even Goatboy.

Author: Adam Harrison
Writer, Editor, Texas Native, and Austinite for 15+ years, Adam covers all things Tabletop Gaming. Which includes Warhammer 40,000, Age of Sigmar, D&D, Board Games and everything else that involves dice, boards, cards and a table. A hobbyist, player, and collector of miniatures and games, Adam's current obsession are his Death Armies for Age of Sigmar, his Blood Angels and Tyranids for 40k, and his ever growing Arkham Horror: The Card Game Collection.
Advertisement
Games Workshop Tyranids Unboxing Videos Warhammer 40k
Advertisement