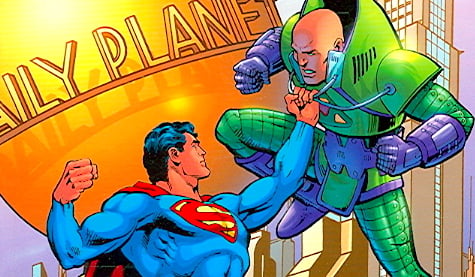 WizKids give you a glimpse of two classic foes from this month’s DC World Finest expansion.

Previously we saw Superman & Batman team up. The two figures we get to check out this time are Superman and Lex Luthor. 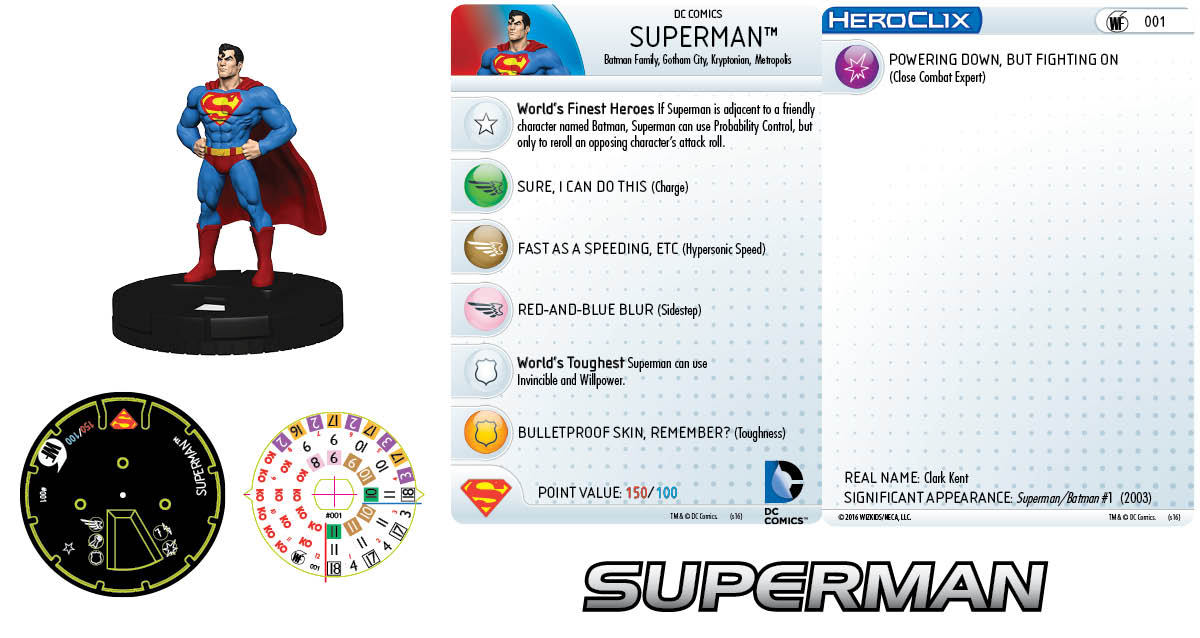 “Superman has the Wing speed symbol, which lets him use the Flight and Carry abilities, along with the standard attack, defense and damage combat symbols.  He also can shoot a single target from up to seven squares away.  Superman has the Superman Ally team ability, which lets him treat hindering terrain as clear terrain for movement and line of fire purposes.  As for point values, Superman has the flexibility to be played at either 150 or 100 points, with his 100-point starting line coming in at click 4.

If you’re interested in playing Superman as part of a themed team, he has four keywords to help you choose the rest of your force:  Batman Family, Gotham City, Kryptonian and Metropolis.  Superman also has a trait, World’s Finest Heroes, which lets him use Probability Control if he’s adjacent to a friendly character named Batman.  However, Superman can only use Probability Control to reroll an opposing character’s attack roll.” 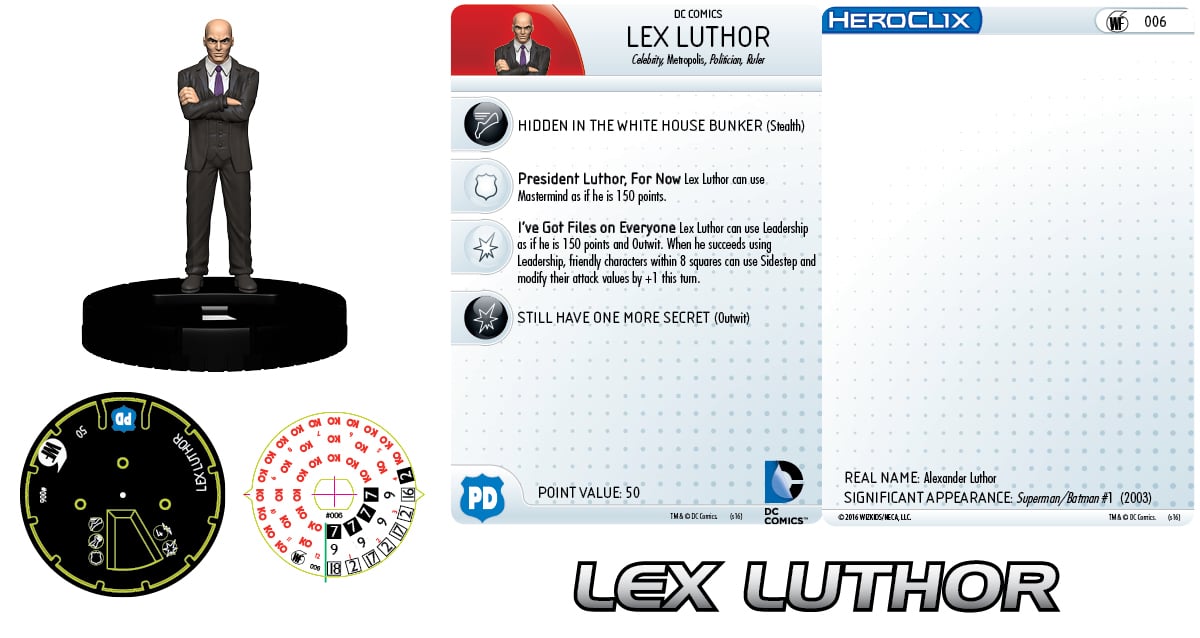 Lex Luthor comes in at 50 points and has the standard combat symbols for speed, attack, defense and damage with a 4 range and single target.  He shares the Metropolis keyword with Superman as well as the Celebrity, Politician and Ruler keywords.  Lex Luthor also has the Police team ability to help bring down the defense values of opposing characters for friendly teammates that are making ranged attacks.

Stealth appears on each of Lex Luthor’s four clicks.  Outwit appears on his last click.  The rest of Lex Luthor’s dial is highlighted by a pair of special powers.  The first is President Luthor, For Now, which lets Lex Luthor use Mastermind as if he was 150 points.  It’s a great special power that helps Lex Luthor stay in the game longer by letting him transfer damage to Superman at either of the Man of Steel’s point values.  The second special power is I’ve Got Files on Everyone, which lets Lex Luthor use Leadership as if he was 150 points.  It also lets him use Outwit.  When Lex Luthor uses Leadership, friendly characters within eight squares can use Sidestep and modify their attack values by +1 this turn.