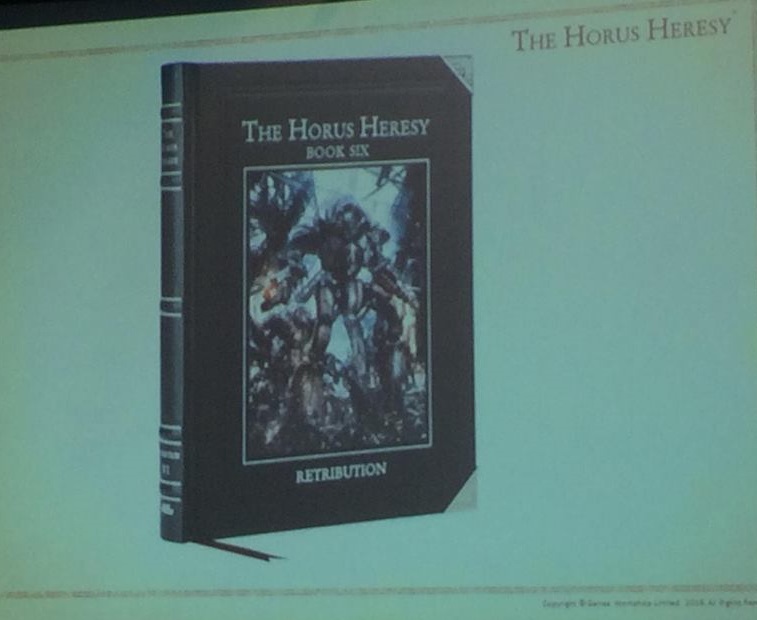 Forge World’s Seminar on “Retribution”  Book VI in the Horus Heresy Saga is all wrapped-up – Come see the latest Pics from Book VI!

It’s been a crazy weekend so far – and it’s just not even over yet! Here is the latest from the Forge World Seminar covering the awesomeness of the 6th Book in the Horus Heresy Saga Retribution! 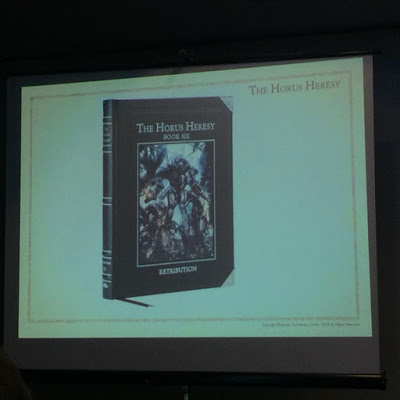 Here we have the Cover 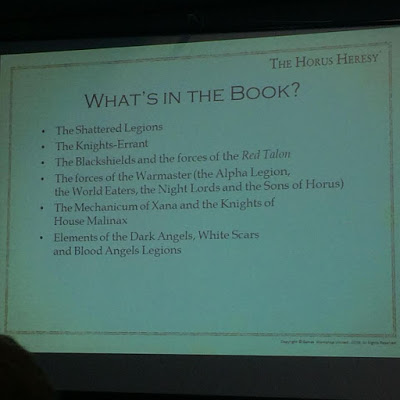 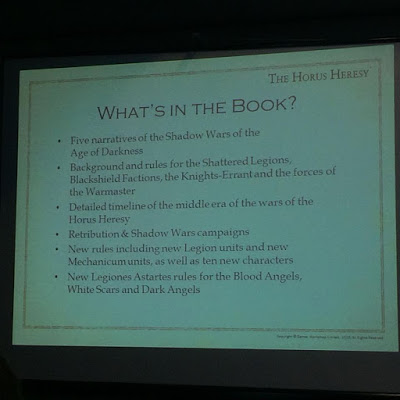 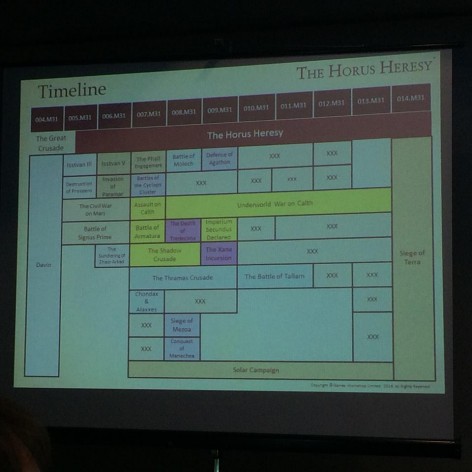 Mapped out Time line of the Horus Heresy (click to enlarge) 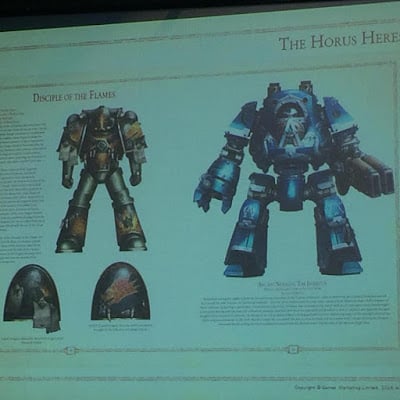 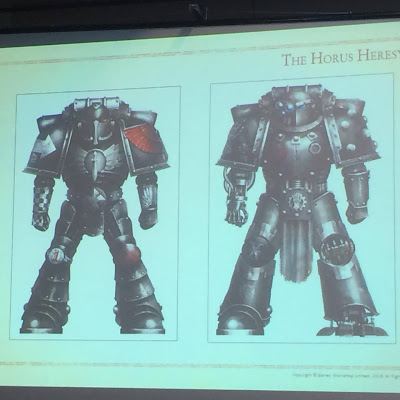 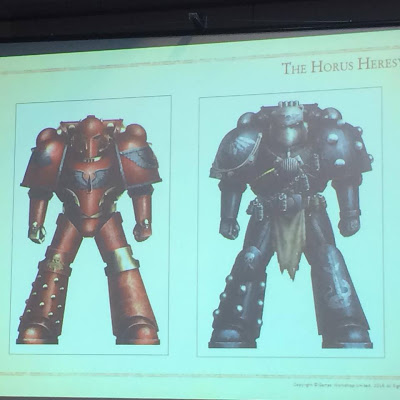 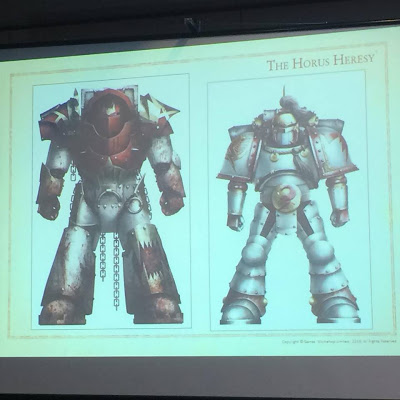 Also attenders of the event had this to say:

The Nemean Reaver (a Special Character for Black Shields) is not Saul Tarvitz but he is a mystery that they will not be revealed yet.

Endryd Haar pretends to be another character at the beginning. World Eater.

Gahlan Surlak is another World Eater which is a traitor Apothecary.

Tybalt Marr is the person who convinces Horus to take the Shattered Legion seriously.

Shadrak Meduson. Can count as a Salamander, Iron Hand or Raven Guard.

Cassias Dracos Reborn. He comes back after Isstvan 5 (buried there). Salamanders had visions that they would find Vulkan under Isstvan 5 but found him instead.

Nârik Dreygur has got some rules now. Has a part in the Shadow Wars now.

Kheron Ophion is a Night Lord Character of the Kyroptera.

They voted in the room which 4 would be made. Drake lead the vote for Ophion (and was laughed down).

There is a Decal sheet for the Blackshields 2 months away.

Cortus will be available / more versions of the Contemptor in 6 months.

More Knight Errants will likely be coming. End of the seminar.

Join the Discussion and check out even MORE pics here: