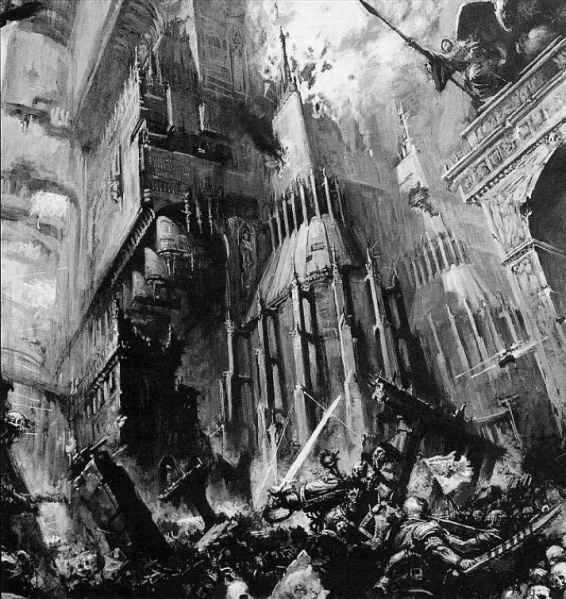 Terra is under siege by the Traitor Legions and Dorn is coordinating the defense – come read the recap of the War for the Solar System!

Looks like a few of the Battlebunnies were in attendance at The Solar War Seminar and have provided a recap. Here it is in it’s unedited glory: 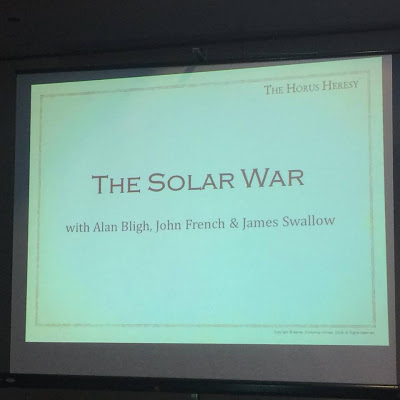 John French is working on Praetorian of Dorn.

Book is finished – has Malcador etc.

Solar War is a big conflict. A fortress with two walls. One is guarded by the Emperor (Webway) and the other (Solar system) by Dorn.

Mars is traitor held but they are isolated and blockaded on the planet.

The re-conquest of Mars is a battle which truly matters. The Solar system is the grave yard of untold dead empires etc. Fleets destroyed / artificial worlds / Dark age of technology worlds etc. – the defence of the Solar System is difficult as enemies are within and without.

Saturn and Jupiter have lots of moons which have their own mini empires – as do the planets (case and point Furious Abyss) each has their own agenda. Loyalties are complicated.

The Hives on Terra could be sided with the traitors – not all, but some. Has to Pacify the enemies (some could be the Alpha Legion as it is their specialty).

“Can Horus attack from multiple angles?”

“Dorn is loyalist Warmaster in all but name.”  He has to analyse everything. If a force goes dark have they been destroyed or have they changed loyalties?

People fleeing in to the Solar System from the greater Imperium.

Ghosts Speak Not: Traitors at the front door and people not knowing about it. All about how to be on guard against terrorist activities and espionage. Dealing with the Alpha Legion etc.”They will keep adding the pressure until Terra cracks.” Someone will attack and another attacking force will learn from their mistakes etc.

Dorn knows Horus is coming but not sure how, so has to guess Horus’ moves. Did he send ships to test defences as feints?

If Horus was killed someone else would have still tried to attack Terra.

The Imperium starts its death throes in 30k where it dies in 40k.

Scouring will be done after the Horus Heresy.

The Horus Heresy ends at the Siege of Terra. Scouring will begin after it!

Black Library are getting the Legions to start heading to Terra. – Path of Heaven is White Scars heading to defend Terra, and will start the lead into the Siege.

You will see Story threads which will drop out of the BL novels but will be picked up later by FW.

We will see Dorn fight (including on a cover)!

New stuff will start getting filtered in by Forge World showing the Legions start turning to Chaos / whilst others will become renegades for a lot longer. Some will be forced to divert from their core Legion rules.

Sons of Horus really fracture (Aaron’s books which are out – Black Legion series, Talon of Horus).

The Night Lords are one of the last to be really influenced by Chaos.

During the Siege of Terra will we see Thunder Warriors? Not been agreed or set yet (Groundwork done with Outcast Dead though). Their legacy will be seen at the Siege of Terra or just before (but we will NOT SEE THEM AS AN ARMY LIST). Maybe see them in a Unification war set of books a lot of years in the future of BL or FW after the Horus Heresy.

Siege of the Emperor’s palace is 7 months long.

Are the Sisters of Silence and Custodes sitting on their Butts? No they are really involved in the Webway War. The Emperor keeps requesting more troops but they never come back … (See The Sigilite audio drama for example for intro to it really).

This war (under the fabric of space across the Galaxy) is lead by the Emperor as he really fights this secret war (which technically is the front line).

Sister of Silence are gathering Psykers as weapons. The whole thing really is a hidden war, where the Sisters of Silence are fighting to claim these resources before the Traitor Horus does.

The Crusader Host could come back (be called back if they are trusted).

A lost ship of Raven Guard (lost in the warp – they escaped from Isstvan V) has their own odyssey to arrive and fight at Terra. Info in Retribution.

Eldar at this point are not in a great state. They were hammered by the Imperium. They aren’t up to much really.

It’s a pretty interesting mix of notes, questions and answers. And while the Battle for Terra may be farther out on the timeline below, at least they are working on the end game already: 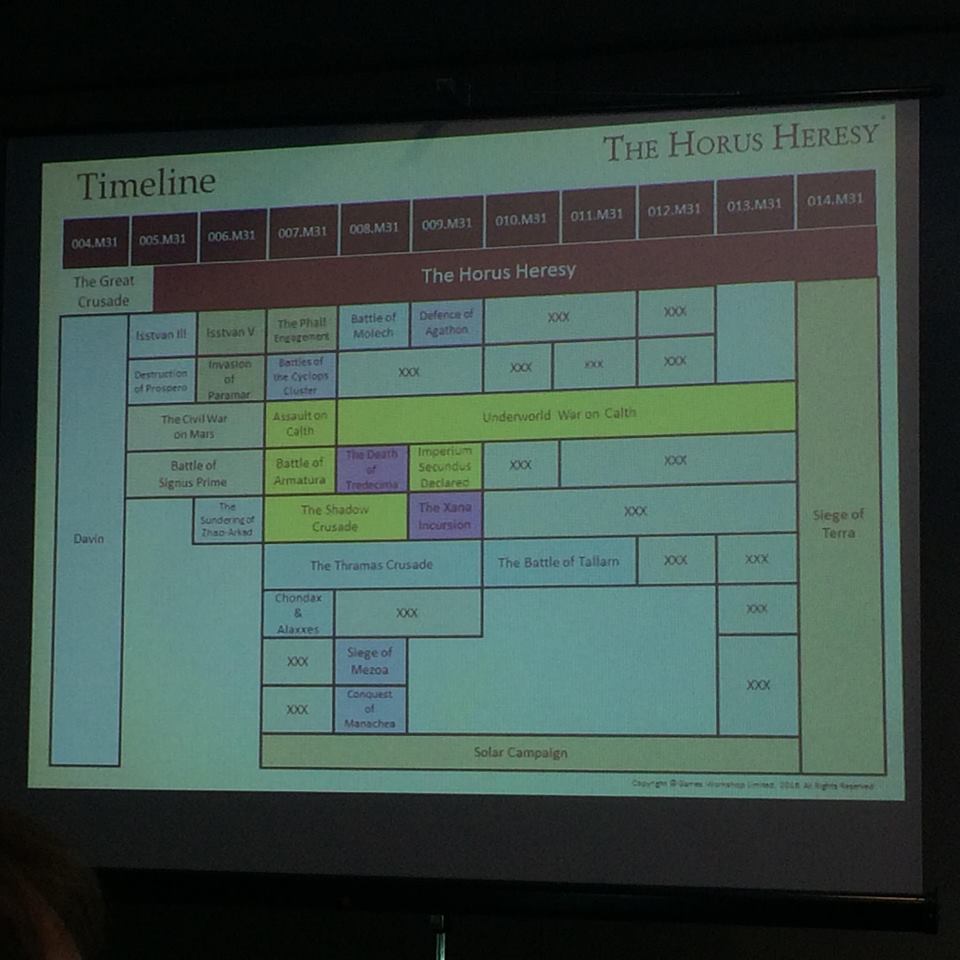 I’m always been interested in recreating the “historical” fight at the Siege of Terra (I’ve even done it a few times) but part of the background that is a blank spot is the days and months that lead up to the siege. This book seems to piece together a lot of the blank spots, especially surrounding the other planets in the Solar System. Very cool!

Join the Discussion and check out all the pics here: