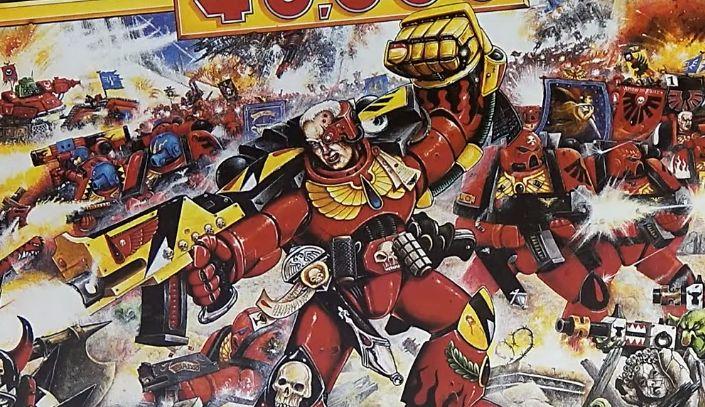 Let’s get in the DeLorean and travel back to the dawn of 40k, 1993’s iconic starter box set from Games Workshop; 2nd Edition 40k!

This second edition box set, from 1993 is my personal box set which I bought with a friend, brings back a flood of memories. Yes, the models are stout and static but this marks the first time someone could walk into the store buy a single box and play a game of Warhammer 40k. In some respects this is the original one click. Regardless, this box has a ton of memories from me and I’m really excited to share this piece of history with you. 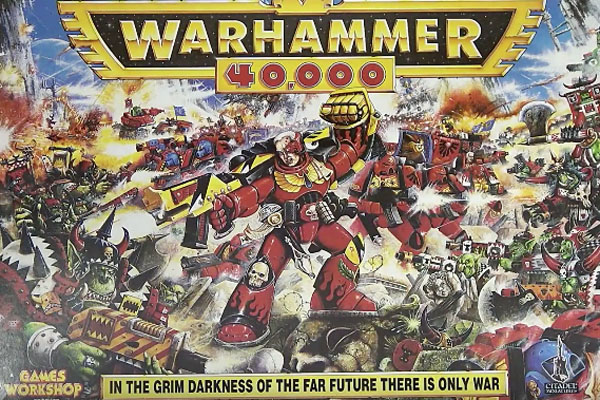 This injection modeled plastic was a big deal back in the day. It’s not the computer generated designs of today but in the early 90’s this was hot.

Back in the late 80’s going to my local hobby shop an buying a blister of miniatures for $8.00 was a big deal, because my income was limited to odd jobs and chores.

The Inflation Calculator tells me this same blister pack would sell for $15.28 today 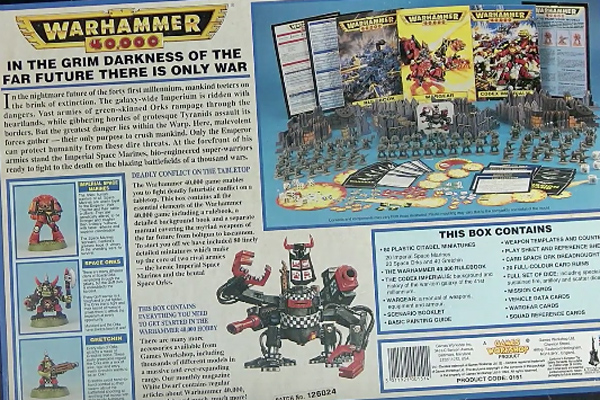 Looking at the box design you can see that this marks the Red Period, or the Spikey period (Basically the opposite of Picasso’s Blue period for all my BFA friends out there) because all the art work was red. Brian Ansel was in charge of the studio and there was just red everywhere.

They’ve since transitioned of course to a more neutral tone, but man one thing is synonymous with GW and the early 1990’s: RED.

The back of the box shows us the contents of the set, and of course looking at the models with today’s eyes you might be thinking “eww”! Just remember, back in the early 90’s these were the cats meow!  The set even came with plenty of card board cutouts for ruins and a even a cardboard cutout Ork dreadnought.

Comparing 2nd edition to today’s edition, I really feel like they’ve brought back a lot of things from both this box and this edition into today’s game. They’ve recently revived things like the psychic phase, and the overwatch phase just to name two right off the bat. This edition of the game was a transition from skirmish to the large scale battles of today.

Back then some things, like the psychic phase, would take an hour. This was a game that took an afternoon and not just a couple hours to play, like we’re used to in today’s tournament settings. 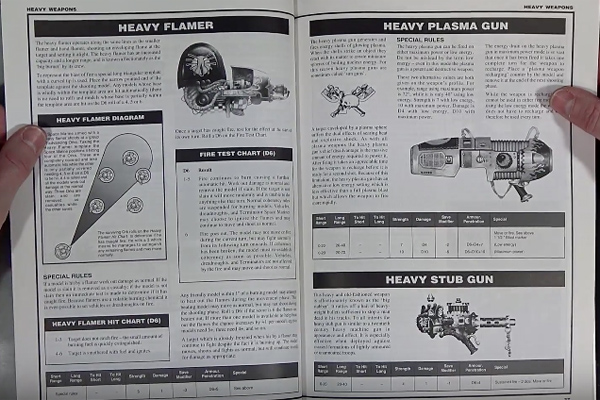 There was a Wargear Book, rule book, and Codex Imperialis which gave you rules for your army if you didn’t have the codex yet; not all the armies even had books back then.

You can see in the Ork models that it was the older design, the 90’s style, before they because huge hulk-like monsters. 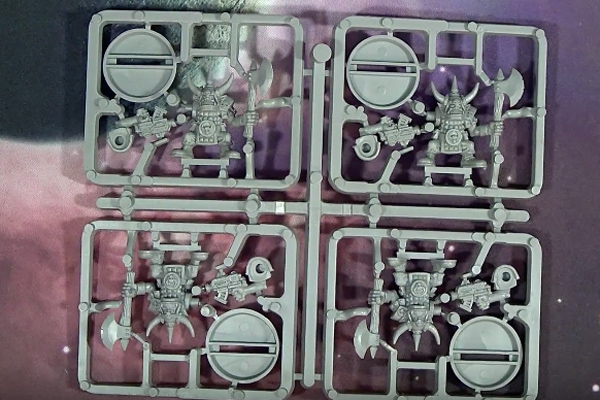 I also have one of my first attempts at painting a plastic model. I can’t quite remember what chapter I was trying to paint here, I’m thinking Black Templar but they didn’t exist back them, I think I was just wanting to paint black because I thought it was easy back then; little did I know…

I could spend hours going through the wargear book page by page but then this would be a book and not an article. This was written by Rick Priestly and Andy Chambers who are tabletop legends in their own right. It was really cool the way you used to outfit everyone. 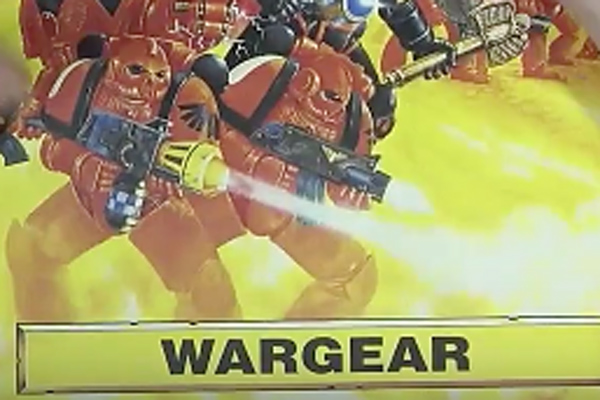 You used to be able to take everything from bows and arrows to guns and grenades. This was a hodgepodge of rules from Rouge Trader era. Rules for Harelquins and Genestealers where in here. There was just so much flair to everything. Dreadnoughts would fire a smoke grenade and the smoke would scatter. There where neat rules like being able to fire all 12 missiles of a cyclone missle launcher in one volley. D10, 72” range, it was bonkers. 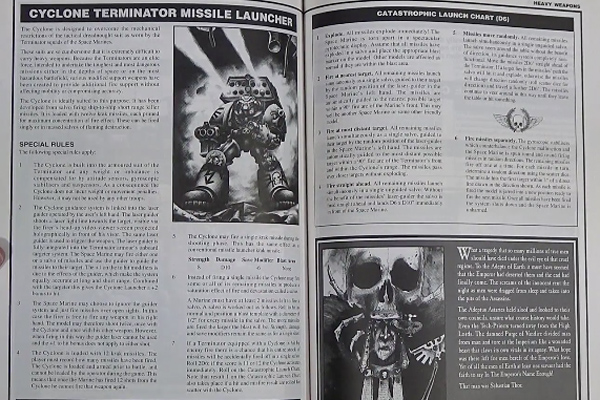 It was very intricate, everything had a purpose.

This was an afternoon affair not just a quick game.

People invested time and effort into the hobby and showed up to the store read to play. They didn’t show up with bad gundam proxies. Which, in fairness, I don’t mind as long as they’re painted to look as if they belonged in the Grim Dark future and were on about the right sized base. Far be it form me to tell anyone they’re hobbying wrong, but I think we all know those people who abuse the game under the guise of hobbying. 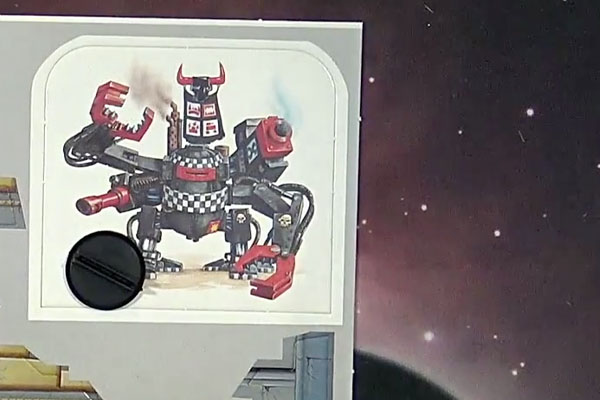 There are things like Psionics in here, the precursor to Psychic, and all the rules we’re familiar with today. The book is even ordered similar to what it is today.  Throwing grenades. Templates for moving and disembarking. Shooting had vortex’ running around. There was just a propensity for randomness. They had sustained fire dice, RPG style dice, it was a menagerie of rules.

One time I was over-watching with a squad of marines, I had a heavy weapon lascannon, a swooping hawk did their jump pack move, he was in front of my lascannon, and I shot him out of the sky! It’s funny how years later it’s the random rewarding things that happen in game that are all you remember. T

Codex Imperialis had rules for all the factions, of course not newer factions like Necrons and Tau, we didn’t have as much choice for Xenos back then. Squats were in here, Psykers had their own faction. Chaos wasn’t exactly the Classical 3rd edition. This had a hodgepodge mix of beastmen, cultist, hounds, and Chaos Space Marines. 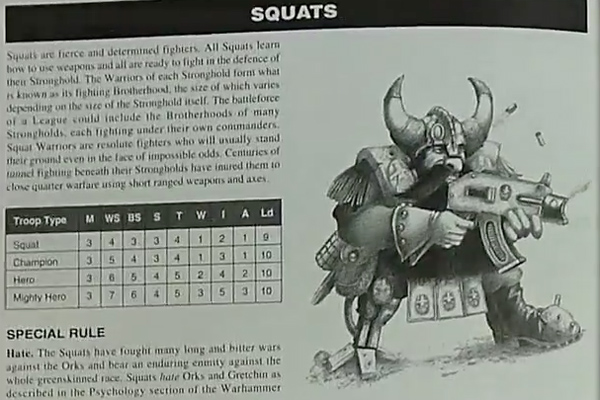 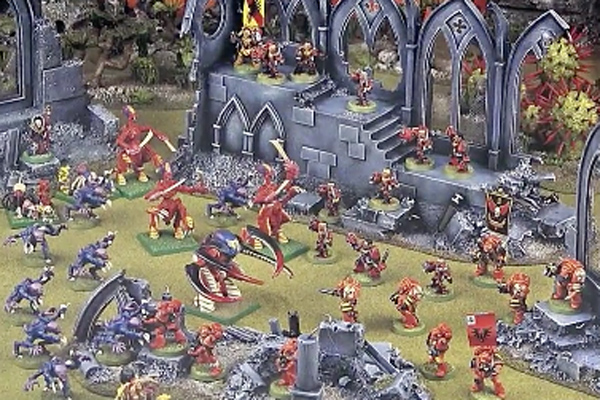 The gothic ruin cards are neat. 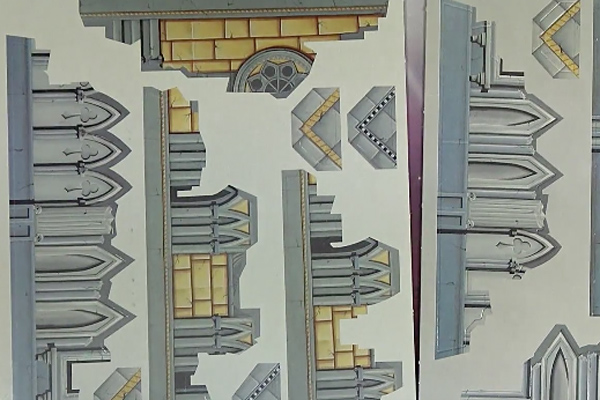 You can really the see multiple of various sizes of templates, it wasn’t nearly as standardized as it was today. 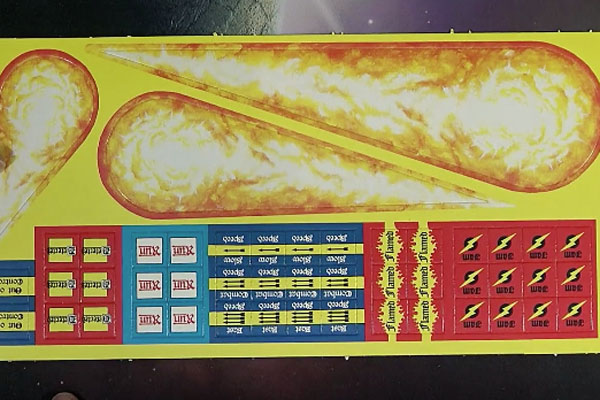 The box came with a ton of cards and markers from everything from Mission Type to Damage Tables and even wargear. Everyone could pretty much take any piece of wargear back then so it was a little crazy to keep track of. 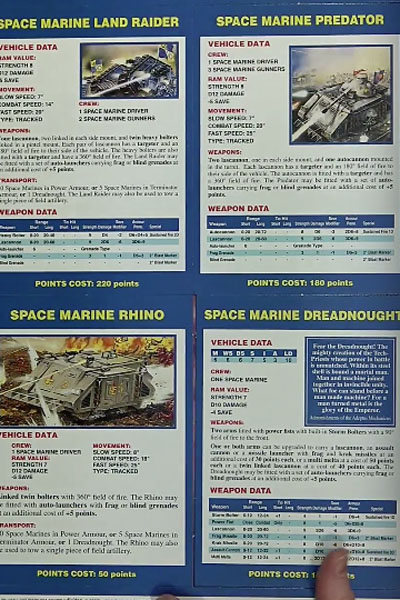 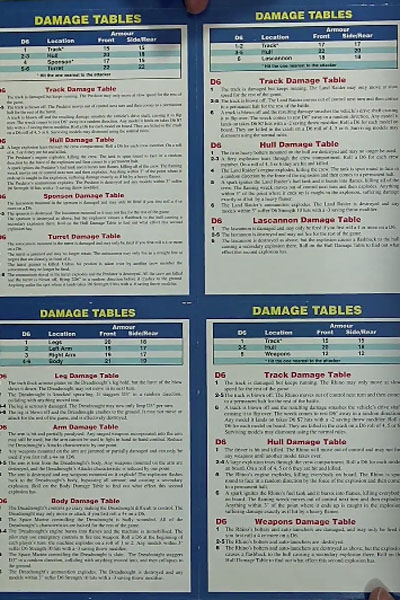 The kit even came with an advertisement for Epic 40k, Fantasy, White Dwarf and a Store Locator. We had a whopping TWO whole Games Workshop corporate stores in the United States.

I hope you enjoyed this walk down memory lane!

Author: Robert B
Robert is a veteran tabletop and miniatures gamer, and writer with over 20 years of experience. His specialtiesies are the worlds of Game's Workshop's Warhammer. He began writing for BoLS In 2010.
Advertisement
Lore Retro Games Videos Warhammer 40k
Advertisement