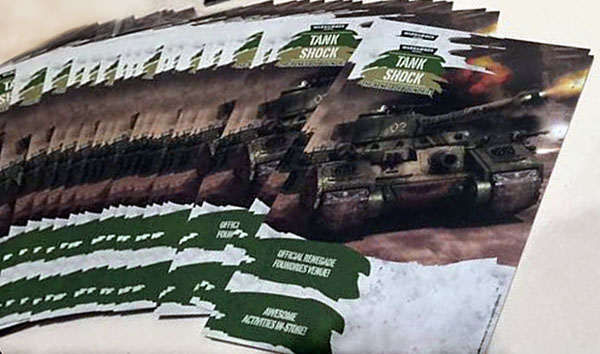 A page of rules for the 40K “TANK SHOCK” campaign is doing the rounds.  Come take a look! 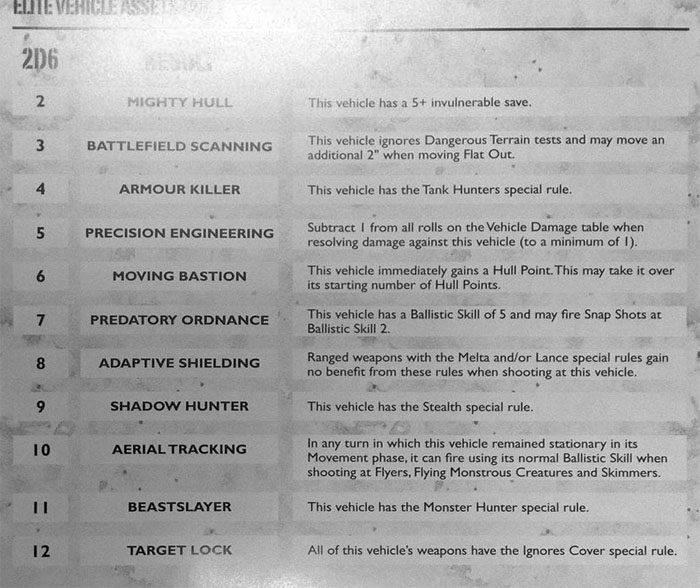 What we have here is a 2d6 chart of special abilities. These are somewhat similar to the “Legacies of Glory” from the Warmachines of the Adeptus Astates IA II book.  We will have to wait to see exactly how these are earned during the campaign.

Tie that to yesterday’s latest reveals on the Program:

“Tank Shock is coming to the stores that agree to purchase a $500 or $1000 OP kit. Each event period will run for 3 months with a noticeable theme of sorts, with the first being “Tank Shock” and centres around tanks.

I also think a lot of players read too much into the words “Age of Sigmar” and “points” recently when they were both used in the same sentence online.  The upcoming The Age of Sigmar campaign will include a type of “points” for it, however just not in the way points pertain to things traditionally like 40k for instance.”

I think this is great step for GW.  This will build community interest and keep players busy during the slower summer months.  It’s not a giant global campaign like Eye of Terror was, but it is a step in the right direction.  We should all gives GW a big thumbs up for coming back to the Organized Play table. 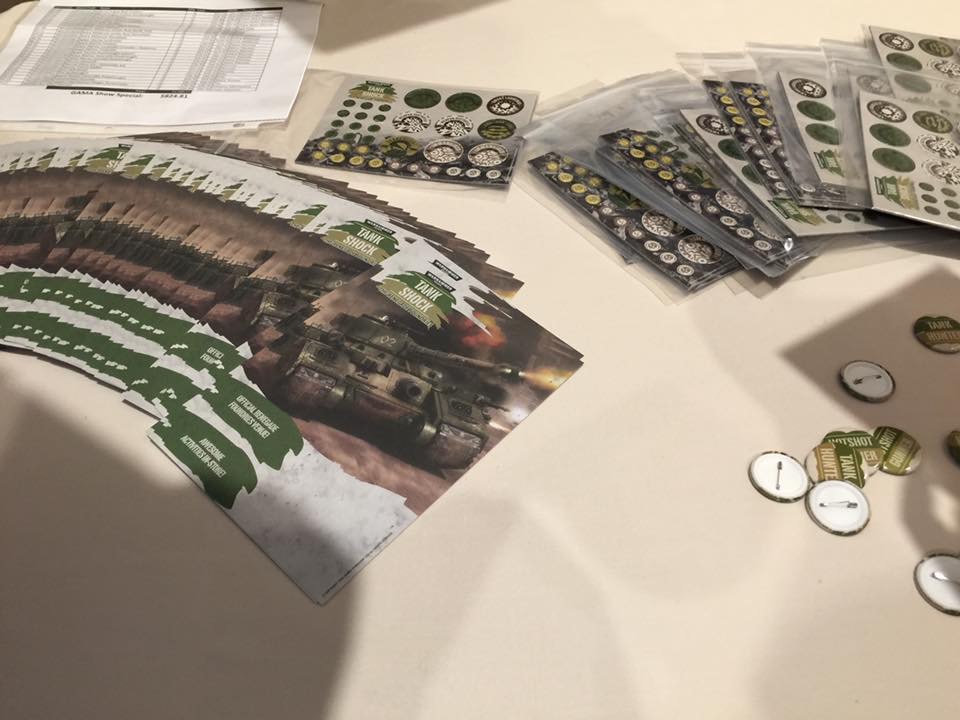 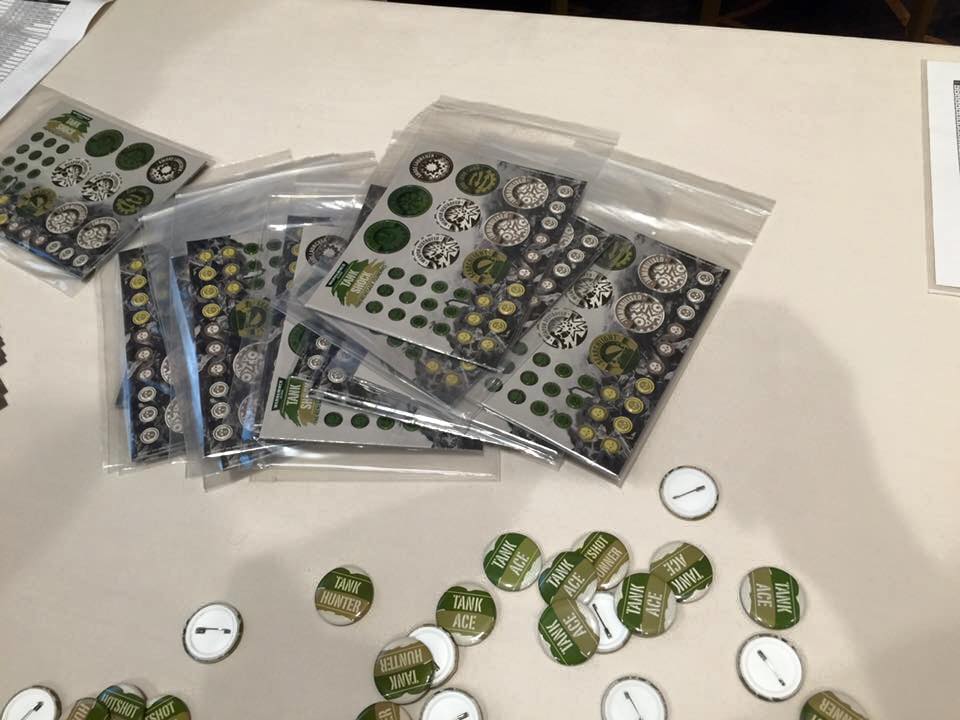 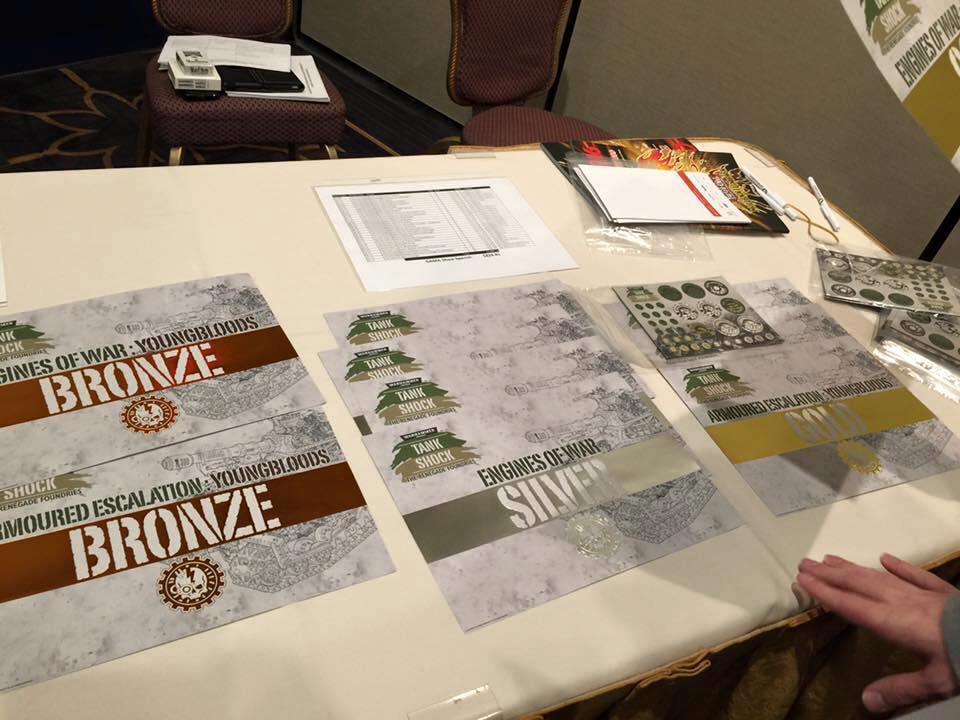 ~Who’s excited about playing in this over the summer?