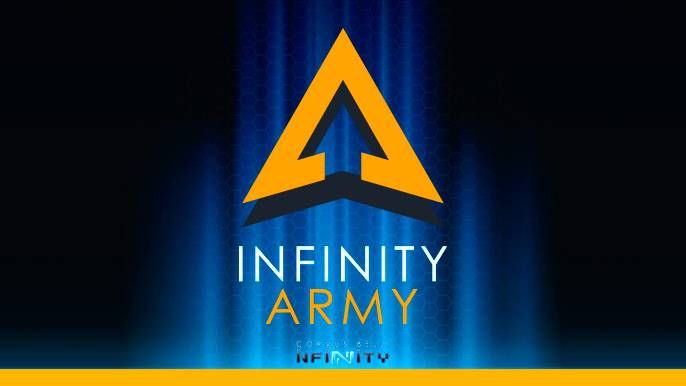 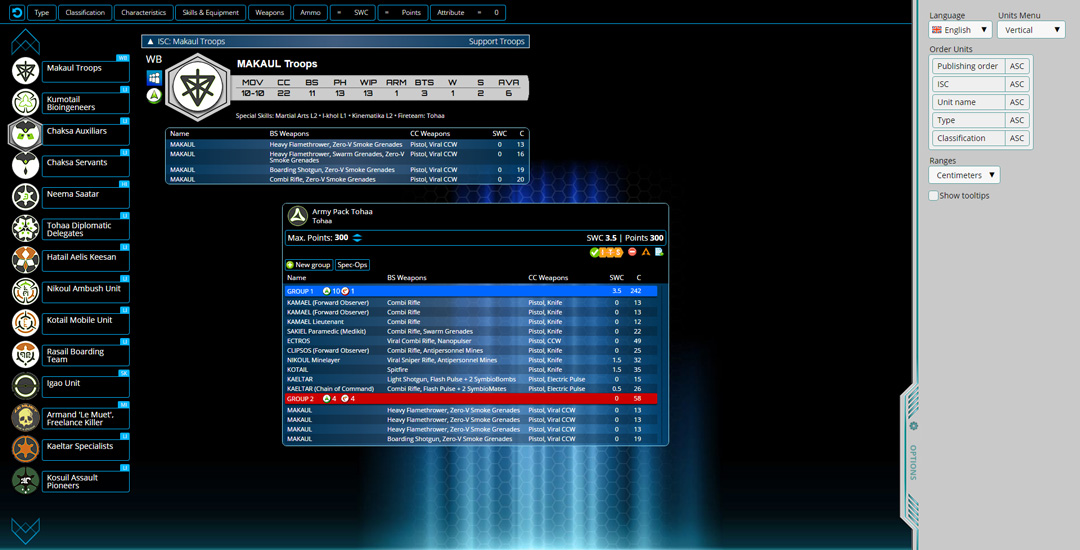 Here’s the latest on the new system from Corvus Belli:

Today we release the new and largely awaited Infinity Army 6. This new Infinity Army version is quicker and more efficient, during this year, Corvus Belli’s IT department has been working on a series of structural improvements that you can now discover from today and throughout 2016. Possibly you will not see them on first sight, it is more of a background programing upgrade, but it was needed and improves the efficiency of our app.

However, the most important improvement is, maybe, the integration of all our apps and websites.

Until now, the Infinity web, Warcors programs, ITS or Infinity Army had been independent applications that shared data just in certain cases. From this season on, we are going to keep updating those apps in conjunction. What does this brings to Infinity Army?

Also, the army lists will be identified with a unique ITS code, that will be used to bound lists to the ITS tournaments, will always have an 8 characters code, making the import of lists to forums or to other platforms easier and more comfortable than the “long code”, which we still keep for the ones who use Infinity Army without a connection.

This is the foundation for a series of improvements that we will introduce eventually, and from Corvus Belli we hope you enjoy and make the most out of them.

~Go check it out and play with the system a bit – it’s pretty slick!

Author: Larry Vela
Dad, Gamer, Publisher, Pilot, Texan. All games all the time since junior-high. I started BoLS Interactive in 2006. I’m a lifelong tabletop & RPG gaming enthusiast, and internet publisher working to entertain and inform my readers every day. I've been playing RPGs and Tabletop Games since the 1970s. I'm been playing and covering Warhammer and Warhammer 40K for over 35 years.
Advertisement
Armylists Infinity The Game Tabletop News
Advertisement