Mantic: The Wights Return to Kings of War! 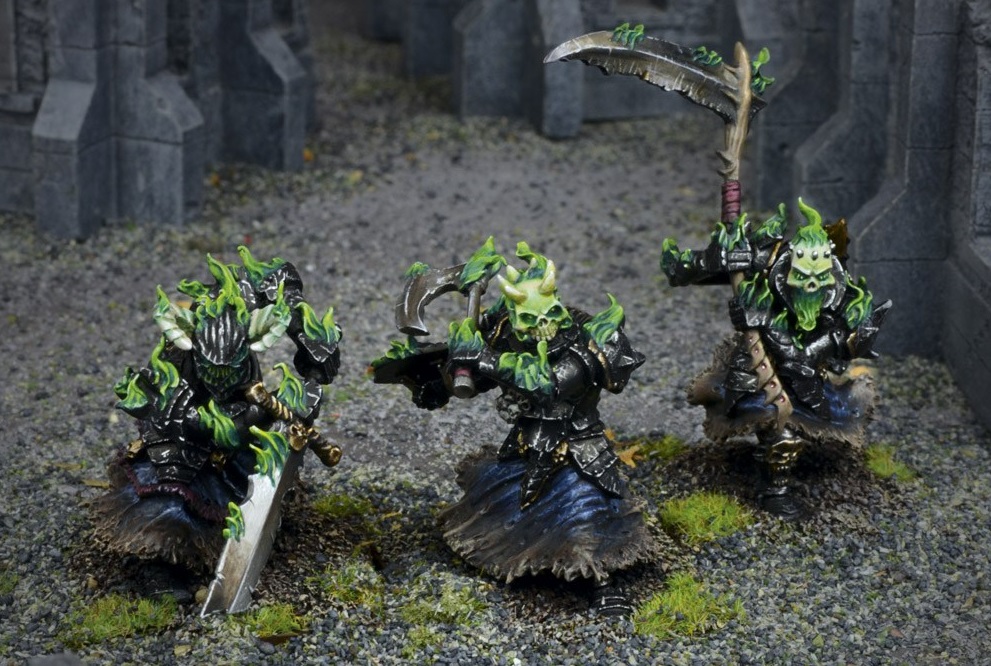 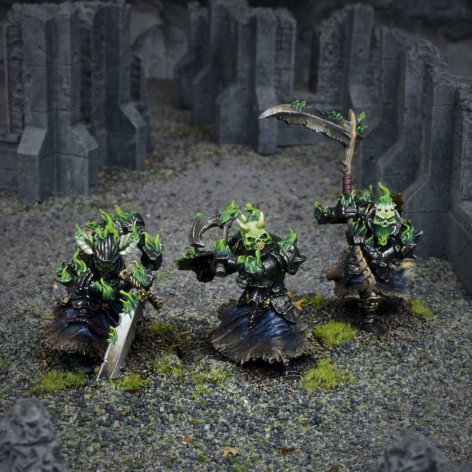 The monstrous warrior Wights of the Undead are back to reap a harvest of the living – Come see the new Wight Models for KoW!

Kicking off the new unit previews are the stunning new Wight models. Back in the days of Kings of War 1st edition, the Wights were an oddity. A three strong infantry unit who had boundless strength, they seemed a bit out of place. When the Undead were revamped for 2nd Edition, the decision was made based on feedback to make the models large Infantry – more fitting to their background and stature. The new models are the final piece to this puzzle, turning them into monstrous warriors of the Undead.

Wights were once heroes and kings of great valour in ancient times. Reanimated, they have shed their corporeal forms, becoming entirely ethereal. Their strength and form are based on their own legends and spirit – literally becoming larger than life. As they fight and slay their foes, their dark legend grows and thus, their power. These blood soaked monstrosities march to war as myths truly made manifest.

The new models are a finely detailed metal kit. This allows you to build three very large warriors. Each one is equal in size to an ogre, wreathed in sorcerous flames and baroque armour. They wield a variety of weapon in combat; a two handed scythe, and axe and shield and a greatsword. They are mounted on 40mm bases to cover their size. Empire of Dust Players could also use these models to represent Enslaved Guardians. As you can imagine, they are hard hitters in Undead armies. With Speed 6, Brutal and a huge Crushing Strength (3), they can happily take on almost any foe. They are also Shambling, which does slow them down, but means you’ll be able to Surge them into combat when your foe least expects it. When fielding them, be wary of ranged attacks – the Wights are tough but not invincible and will need to make use of cover to close with the enemy. Also this month, we wanted to try something new with releases. We’ve put together a small force for Kings of War – The Soulblight – which includes the new Wights, a regiment of Revenants and the Vampire Lady Ilona, at a web-only discount compared to purchasing them separately. These units can be used to bolster an existing force or to build a 500 point starter force, the rules for which can found here.

The Undead Wights and The Soulblight are up for Pre Order right now and will be released at the end of March!

The post Legends made Manifest! appeared first on Mantic Blog.

Will you be fielding the Wights in your army?