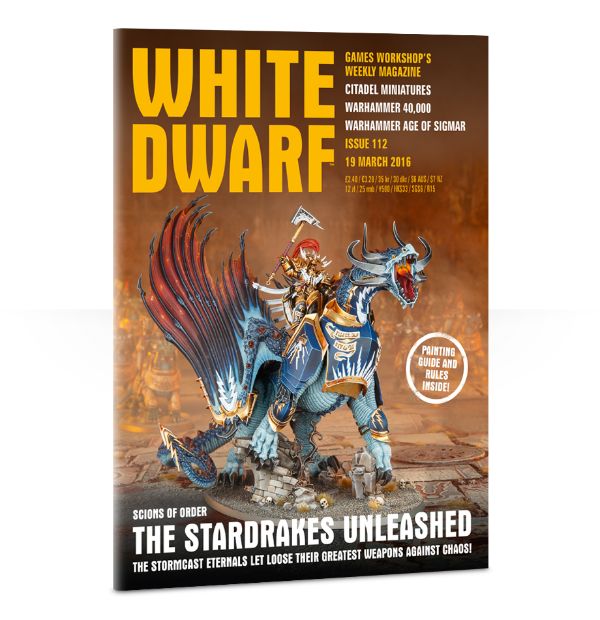 Come see the new Star Dragon for Age of Sigmar, and a great new Paint Splatter article to boot in our first look at White Dwarf #112.

If you’re looking for a ton of 40k content, this may not be the issue for you. However that being said this is a great issue for all the Age of Sigmar fans out there. It’s got two great rules sets for the new dragon, and the paint splatter to make it look fresh.

On the 40k side there is the great conversion (featured above) and a showcase of the new Deathwatch minis painted by the WD team as well.

A distinctly Stardrake-y fragrance fills the air, as White Dwarf 112 looms over the horizon like a swelling hen! In this week’s issue, the Stardrake takes centre-stage: he had to, really, he’s a huge and imposing bit of kit. 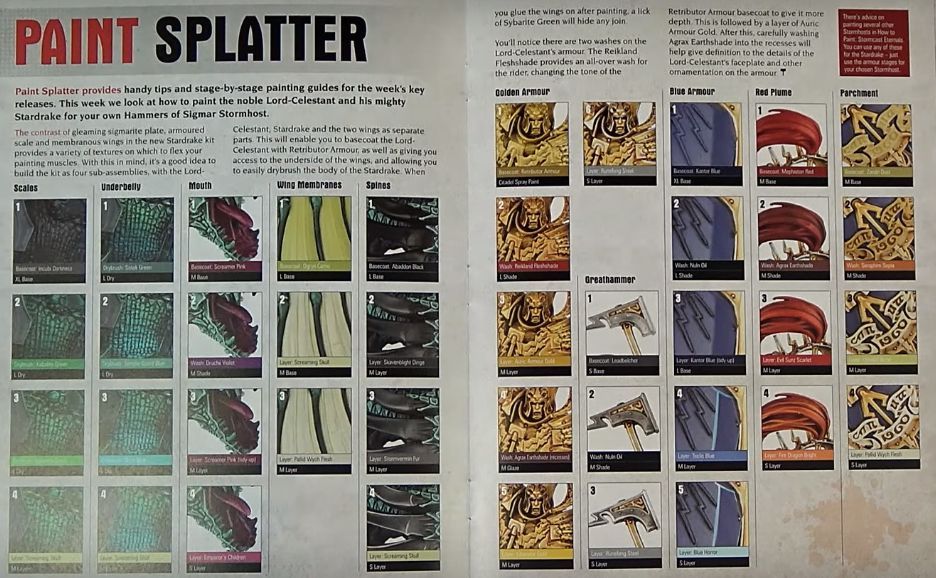 They include an excellent Paint Splatter detailing the painting of such a massive beast, with step-by-step instructions. There’s also a guide to the Extremis Chambers of the Stormcast Eternals, a selection of Extremis Warscrolls and a host of features up to and including:

– Black Library and Forge World news – and a hint at a special anniversary…
– ‘Eavy Metal takes a look at the conversion and painting work of Maxime Pastourel – it’s a bit good!
– Deathwatch features heavily in a darkly-hued Parade Ground.
– Warscrolls for the Stardrake, both Lord-Celestant and Drakesworn varieties covered.
– And of course the Week in White Dwarf. Of course.