40K Community: The State Of The War

Two VERY dedicated players ran a poll and have put together a great infographic on the State of the 40k Community – Check it out!

First off, I want to thank Alex Bedard & Jame Isfeld for putting this together. All credit goes to those guys – To see the full infographic VISIT THEIR SITE.

Now, with that out of the way – lets take a look at a few of the BIG ones… 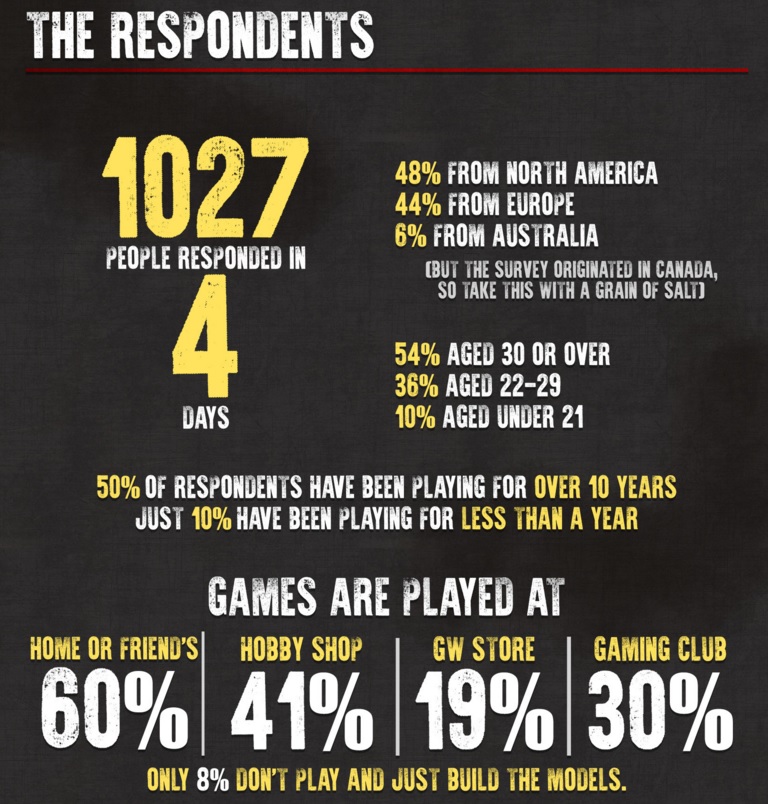 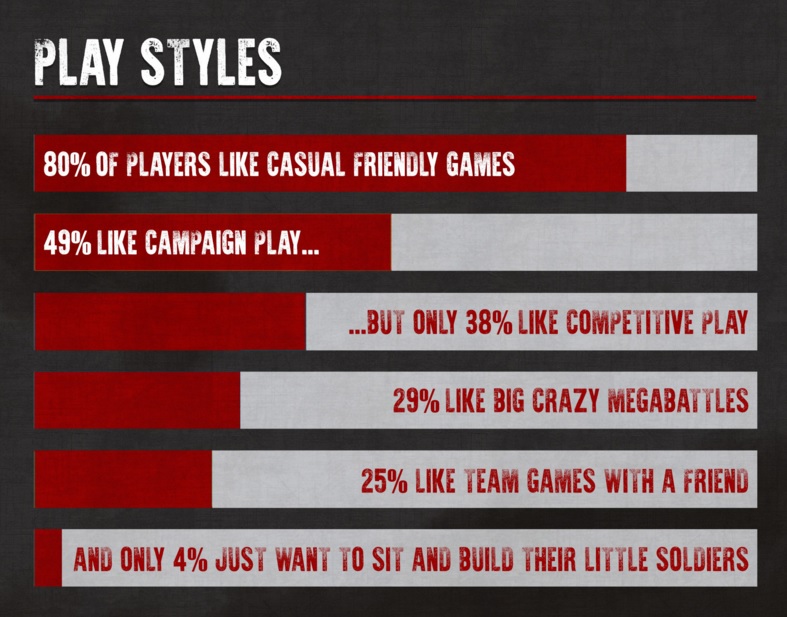 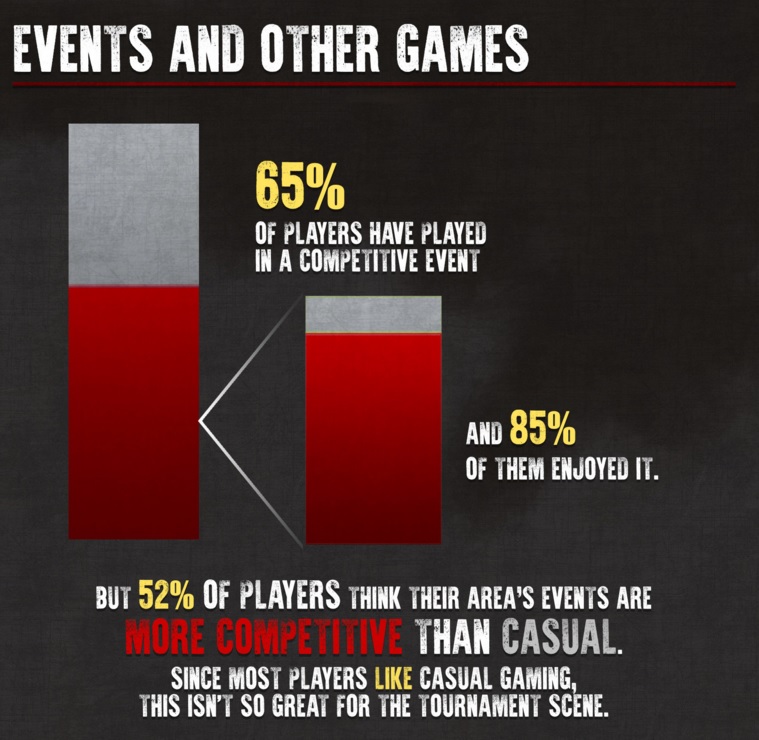 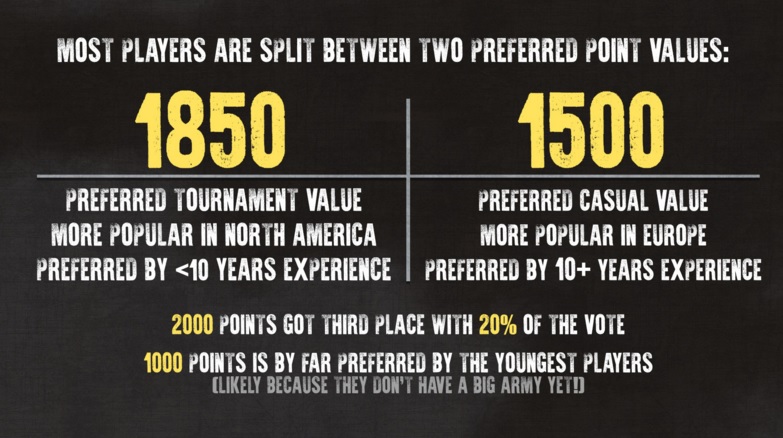 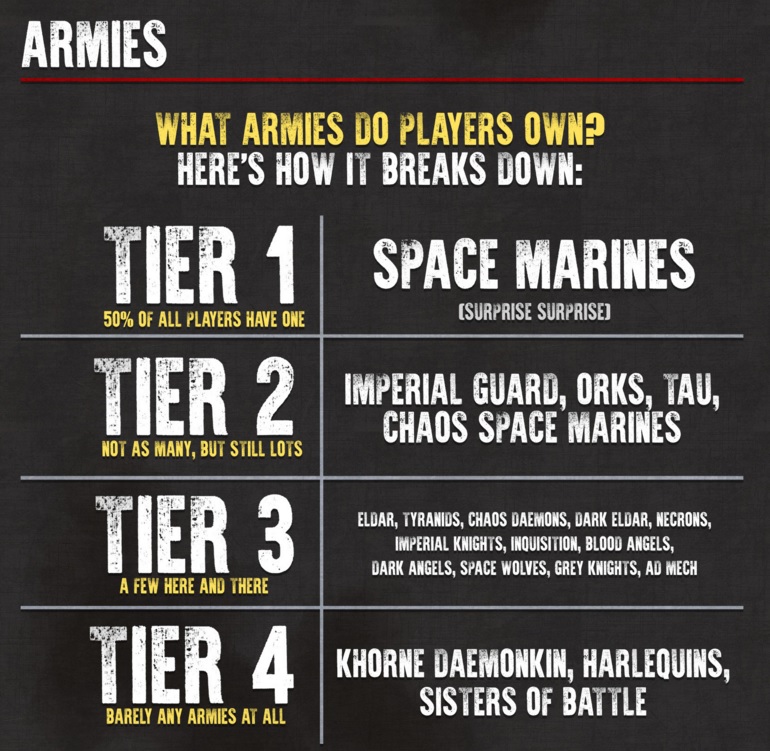 These guys did an awesome job with this so please – Go look at the FULL one and if you like to see the survey results you can do that here. This is a really impressive effort as they took on the task of trying to get people to take surveys and then create an interesting infographic to match.

Now about those results! 1027 respondents may not seem like a huge sample but it’s one of the biggest and most diverse pieces of data we have seen. To put that into perspective Adepticon 2016 had 184 players show up to play in the 40K champs. That means they had roughly 5 times the respondents AND a more diverse player pool internationally. And while it may not be perfect data polling – it’s still better than what we’ve seen in the past…which was pretty much just tournament player data.

The Play Styles Section is pretty informative as well. 80% of players prefer Causal Games vs the 38% that preferred Competitive Play. This doesn’t shock me so much as confirms what I suspected. It’s also worth noting that the majority of players that played in what they considered a competitive event had a good time. I think there is some definite overlap between the Casual Player and the Competitive Player but, given the choice, it looks like most would rather throw dice with their friends for fun. I can’t say I blame them.

The Points Size Section also highlights the major difference between North American 40K and European 40K. If you don’t think 350 points is a game changer you should try the other format sometime and see how it plays. And when use that information to have a discussion between groups of players from North America vs Europe it puts a lot of the ideas and suggestions into perspective. Think about that the next time you get into an internet fight about point sizes!

The Armies Section is the Last BIG thing I want to call out is the. It’s a piece of data that shouldn’t surprise anyone – Space Marines are the #1 army owned. If you count Blood Angels, Space Wolves, & Dark Angels that number goes up to 101.5% – that means that out of all 1027 respondents their are about 1043 Space Marine Armies of some type floating around. It makes sense – for me personally, I would identify myself as a primarily Tyranid Player but I have a Blood Angels Army as well as a Pre-Heresy World Eaters Army among other things… So yes, people have multiple armies and one of those is probably Space Marines of some kind. Take that into account when you see the Games Workshop release schedule and you can understand why Space Marines get all the love.

This infographic goes on to highlight many fields including (but not limited to) Spending Habits, Age Demographics, Army Power Rank, and Game Satisfaction. There is even a section in there about Favorite Edition! I’m pretty sure there is going to be at least 1 section that will surprise you. So go check it out!

The numbers don’t lie – go check the survey results and see for yourself!

Author: Adam Harrison
Writer, Editor, Texas Native, and Austinite for 15+ years, Adam covers all things Tabletop Gaming. Which includes Warhammer 40,000, Age of Sigmar, D&D, Board Games and everything else that involves dice, boards, cards and a table. A hobbyist, player, and collector of miniatures and games, Adam's current obsession are his Death Armies for Age of Sigmar, his Blood Angels and Tyranids for 40k, and his ever growing Arkham Horror: The Card Game Collection.
Advertisement
Community Games Workshop Horus Heresy Warhammer 40k
Advertisement 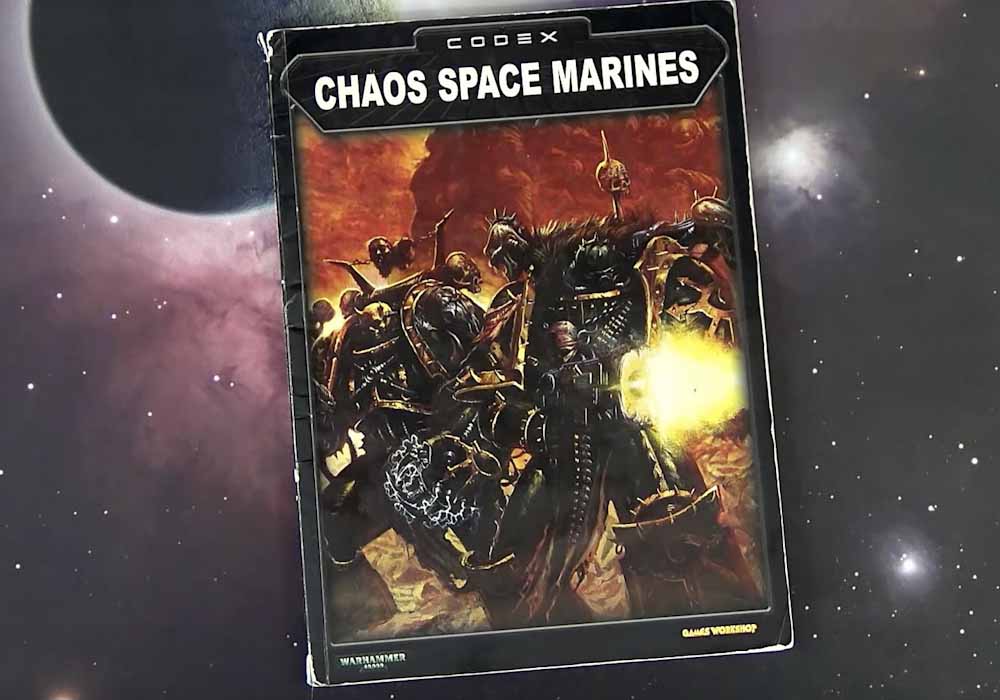