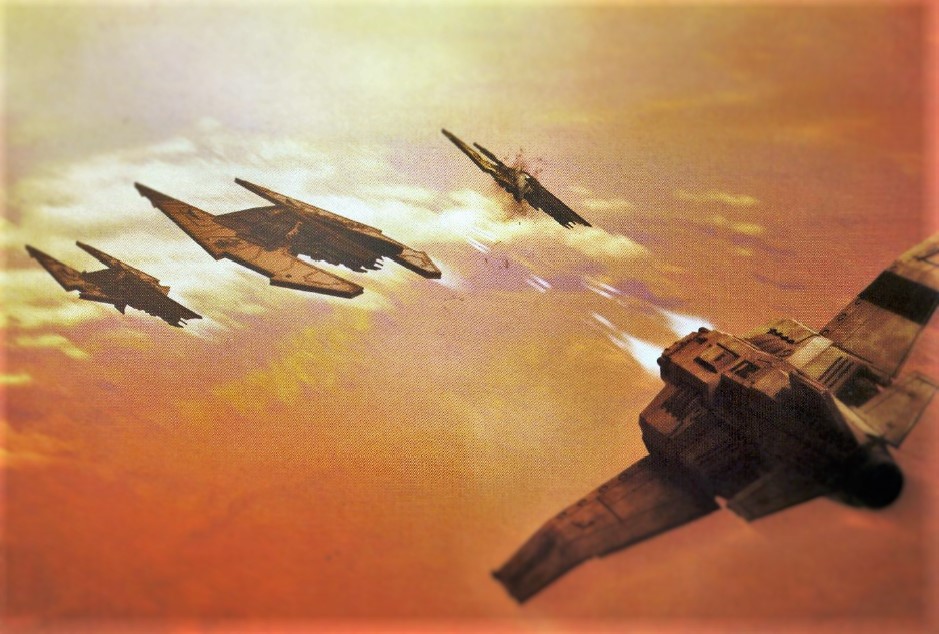 Looks like Knights may not be the only “Boxed Game” coming – One Rumormonger says Flyers are Incoming as well!

It appears GW might also do something similar (2 old models, 1 mini-game + discount in a box) with flyers later this year.

Sad Panda has been pretty reliable so when ever he says something is on the way you may want to perk-up a bit and take note. And based on the positive response people are beaming at Imperial Knight: Renegade release (mostly because of the discount) this could be a winning format for Games Workshop. Take some of the more expensive kits (things like Knights or Flyers where most armies don’t need more than one) and bundle them with themselves. Toss in a terrain piece, write up some basic rules/scenarios, call it a new “game” (maybe with a book supporting it a la Death from the Skies) apply a discount and BOOM – Flyers return to the table top!

Now the timing is a little strange; We’ve got the Tank Shock Events happening this Spring. So the question becomes will Games Workshop run another Warhammer 40,000 event (like Flyers) for Summer or will they go to Age of Sigmar and pencil in the Flyers for the Fall?

Whatever happens we have seen a sharp decrease in non-FMC Flyers on the tabletop, hopefully Games Workshop does something to make them fit better into standard 40k again. For a long time it was just Heldrakes and Flyrants…maybe the occasional Crimson Hunter Ace but the Meta has shifted away from Flyers (look at Adepticon 2016 – not a ton of non-FMC flyers in that Top 16).

What do you think? Would you be excited if Flyers returned?