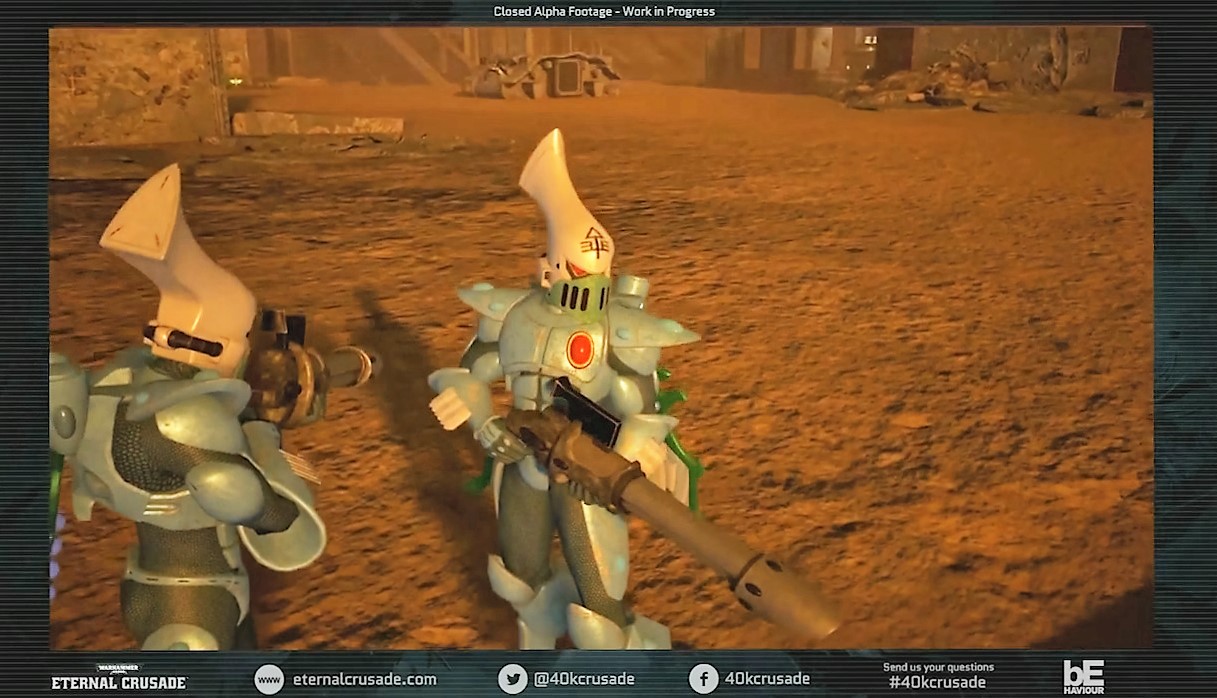 The Eternal Crusade Crew is back and they have some great new Eldar info to share – Swooping Hawks & Striking Scorpion Stealth are on the menu!

Ian Chuprun, Nathan Richardsson, and Katie Fleming gave a Production Update (Eldar VO’s), and Brent joined to show off the Striking Scorpion stealth mechanic, and the Swooping Hawk model. Katie and Brent played with Crusaders in Closed Alpha, and answered Q&A from the chat/forums!

This update has some big news. The first thing is the Eldar Voice Overs are teased a bit. The next thing they show off is how the Striking Scorpion Stealth Mechanic will work. Keep in mind this is all work in progress but as of right now it’s visually very, very sneaky! 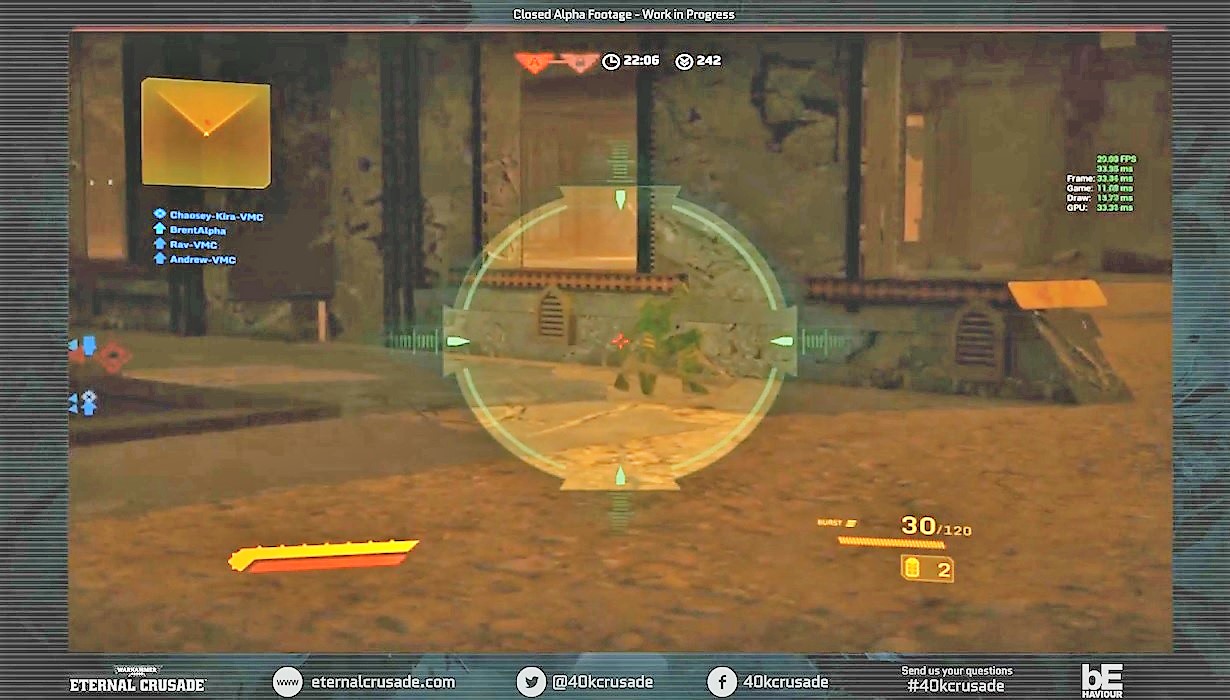 That green splotch in the middle is the Striking Scorpion. As you get closer it gets easier to see. But also the closer the model is to your center reticle. It’s going to be a really powerful mechanic for the Eldar and the Striking Scorpions to use in game. I really like this reveal because it shows one way in the which the Eldar will be unique compared to the other races like Marines and Chaos. Good times!

Swooping Hawks! Again – textures and colors are WIP. The end results will be different. They also mentioned being able to “Drop-in” from the skies with reguard to the Hawks. 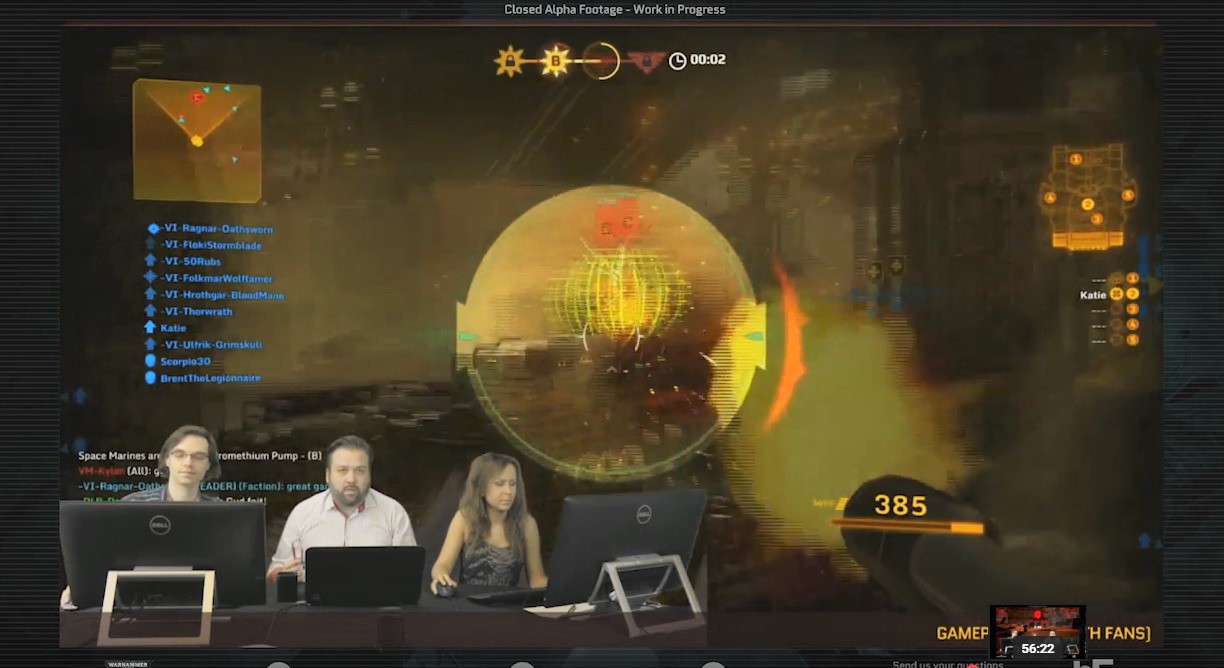 TANK COMBAT! They showed off some combat from the Predator Tank and also redeployment from Rhinos – It’s nice to see that the vehicles from the 40K universe will have an impact in combat. 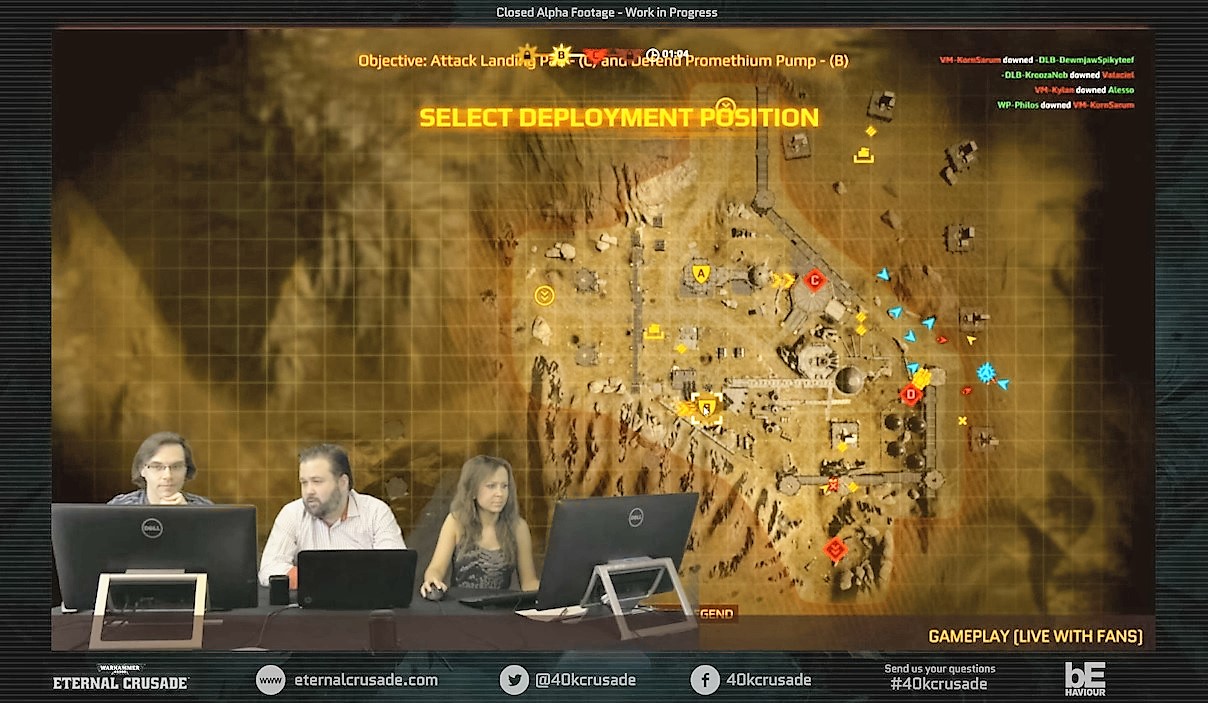 This is a pretty solid update so go check it out! If you want to jump into the action you can always join the Early Access and help with the feedback of this game!

Author: Adam Harrison
Writer, Editor, Texas Native, and Austinite for 15+ years, Adam covers all things Tabletop Gaming. Which includes Warhammer 40,000, Age of Sigmar, D&D, Board Games and everything else that involves dice, boards, cards and a table. A hobbyist, player, and collector of miniatures and games, Adam's current obsession are his Death Armies for Age of Sigmar, his Blood Angels and Tyranids for 40k, and his ever growing Arkham Horror: The Card Game Collection.
Advertisement
Games Workshop Video Games Videos Warhammer 40k
Advertisement

40K Community: The State Of The War