Forge World: The Doctor Is IN! 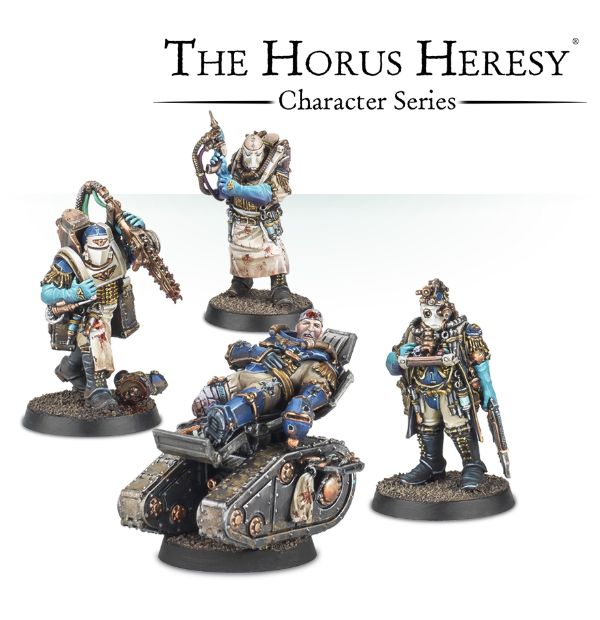 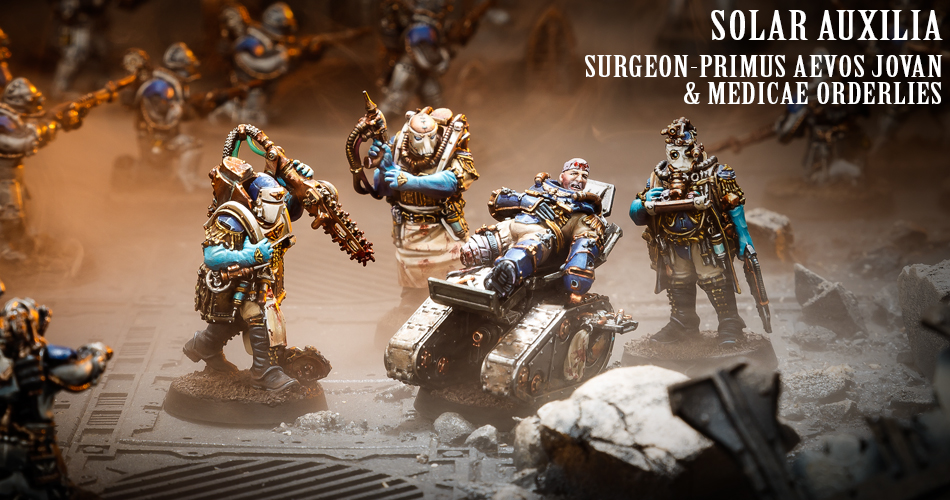 Today we release a new member of the Horus Heresy Character Series – Solar Auxilia Surgeon-Primus Aevos Jovan & Medicae Orderlies. Aevos Joven was the most accomplished doctor in the ranks of the Solar Auxila, and his skill saved many lives. Aided by his Auto-gurney and Medicae Orderlies, you can but those skills to use in battle, shielding your units from harm with automatically passed Feel No Pain rolls, or even restoring lost wounds to your commanders.

Once lauded for his brilliance as a healer and surgeon among the elite of the Imperial world of Agathon, unorthodox and illegal experimentation led to Aevos Jovan’s fall from grace. Presented with the choice of execution or service in the Solar Auxilia, Jovan took to the battlefield as a new theatre for his unmatched skill. 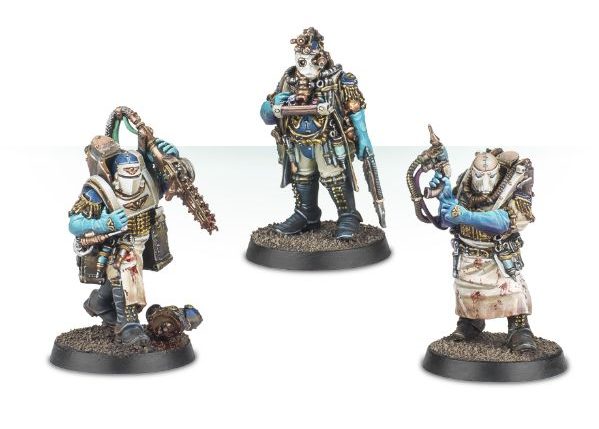 As Surgeon-Primus, Aevos Jovan’s abilities lie far more in preserving life than taking it; his miraculous skill to repair and heal the injuries of those under his care aided by the facilities of his auto-gurney, a self propelled surgical suite providing considerable advantages to those able to master its complex operation under battlefield conditions. That said, when pressed Jovan has been known to wield his Phase Lancet in anger, disintegrating matter within his foe’s body without breaking the skin, each slice severing vital arteries and neurons with Jovan’s formerly fêted precision. 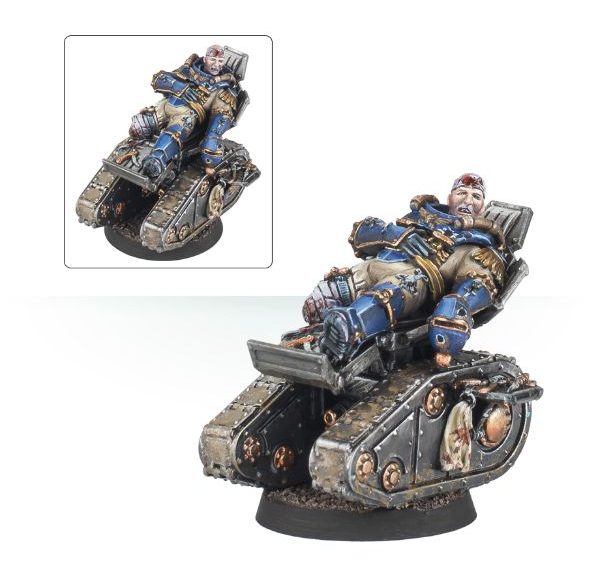 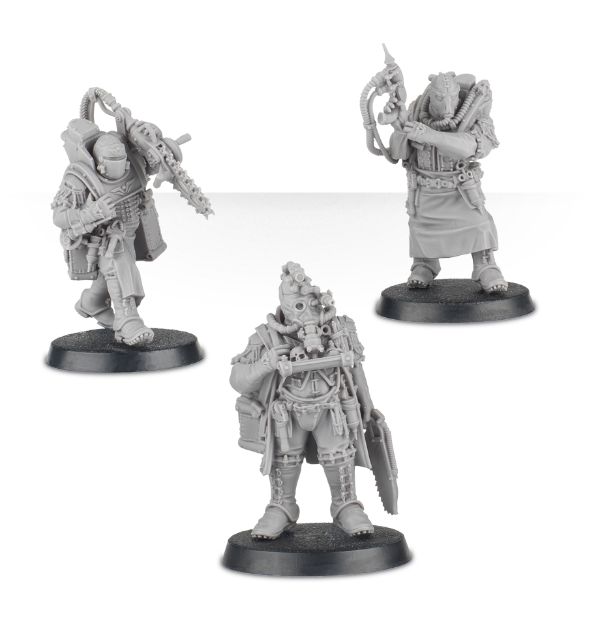 Rules for using Surgeon-Primus Aevos Jovan in Horus Heresy games are available to be downloaded. This set can also be used to represent an Auxilia Medicae Detachment as depicted in The Horus Heresy Book Four – Conquest 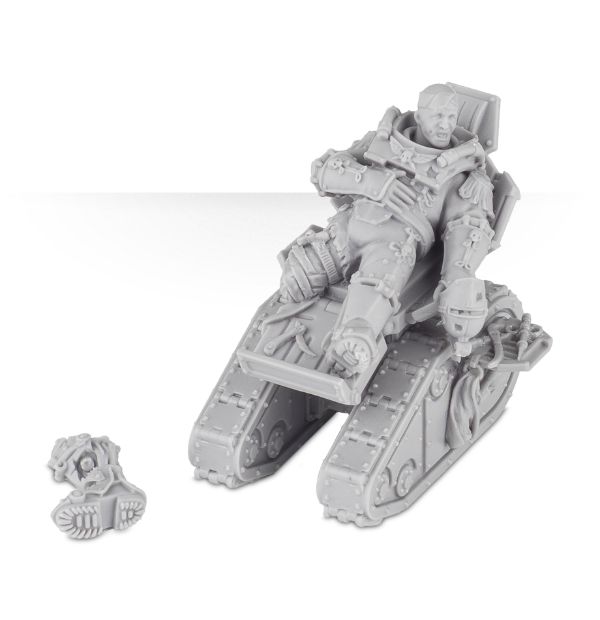 This is a complete, multi-part resin kit. It includes four 25mm round bases. It is presented in a black Horus Heresy Character Series box.

You can also download the rules for Aevos Jovan for FREE right here. But here is a snippet of just how useful this guy is:

He’s got a lot of other really cool rules so go check him out. This kit is also pretty impressive and it’s also a gruesome reminder of war. Maybe it’s because of the tassels and boots of the surgery team I’m getting a “Napoleonic” vibe from this set. Couple that with the amputee (which was a very common practice for that era) and it’s an interesting Grim Dark reference to a very brutal type of warfare. Well done Forge World. 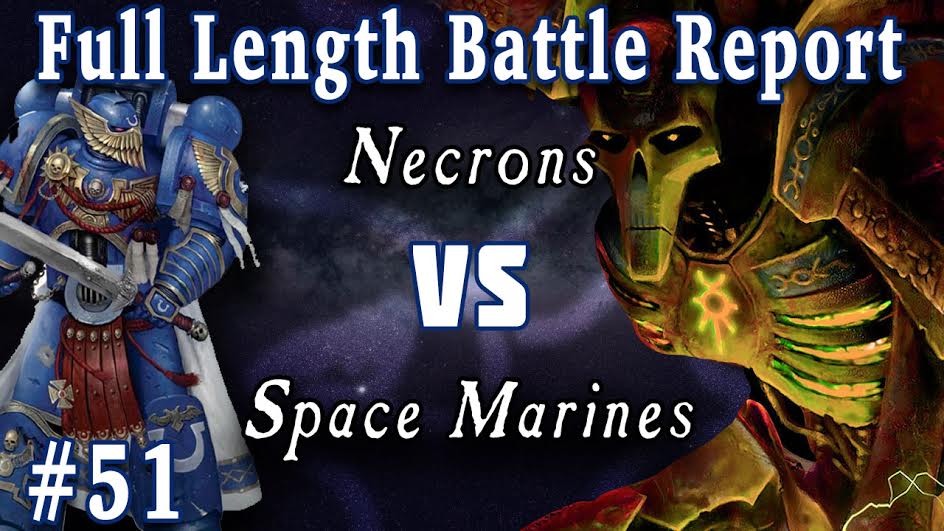