Index Astartes: Apocrypha – A MUST BUY 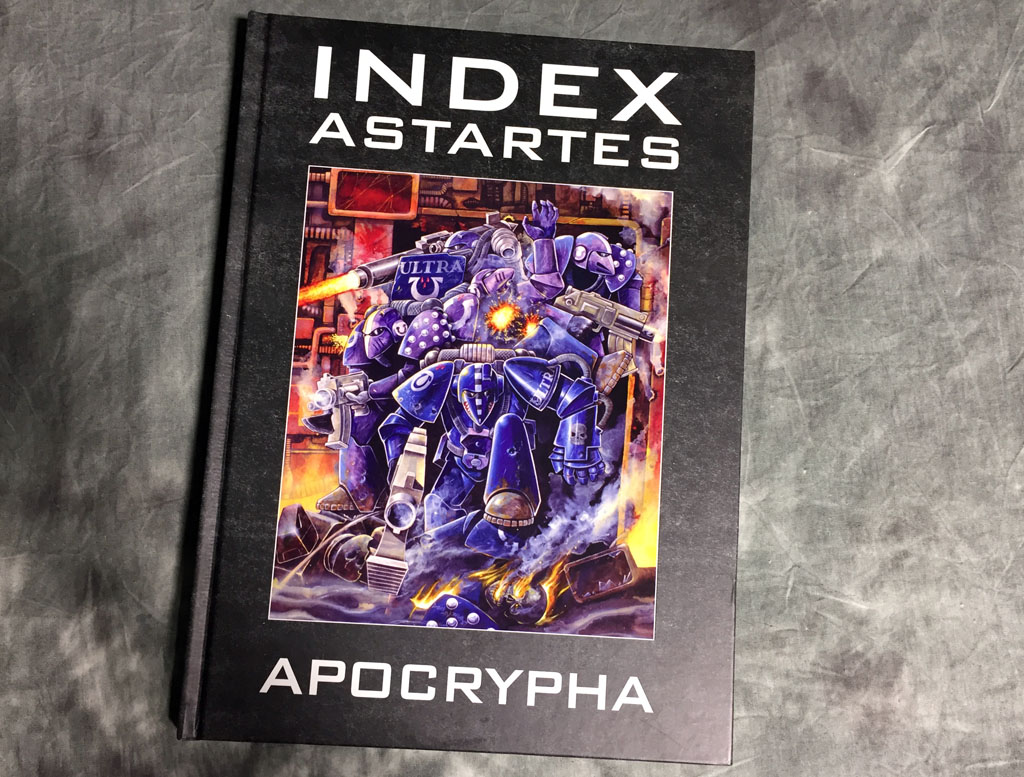 Games Workshop has put out a fantastic trip through the decades this weekend – and every fan of the Grimdark should own it.

It’s hard to believe that the Space Marines are 30 years old.  It seems like just yesterday that I ran over (actually I begged my dad to drive me) to the local game store in 1986 to see the new sci-fi game UK company Game Workshop had put out.  I put down my hard earned cash on the counter and got back in the back seat of the car with my copy of Rogue Trader, and began to devour it on the drive back home.

My mind was blown!

There was some crazy dark empire of man with a dead ruler on some kind of life-support throne, elves and dwarfs in space, a giant bestiary, Inquisitor Sherlock Obiwan Cleauseu, assassins, and so much more. But all of those details came later because really the beating heart of Rogue Trader was the Space Marines! 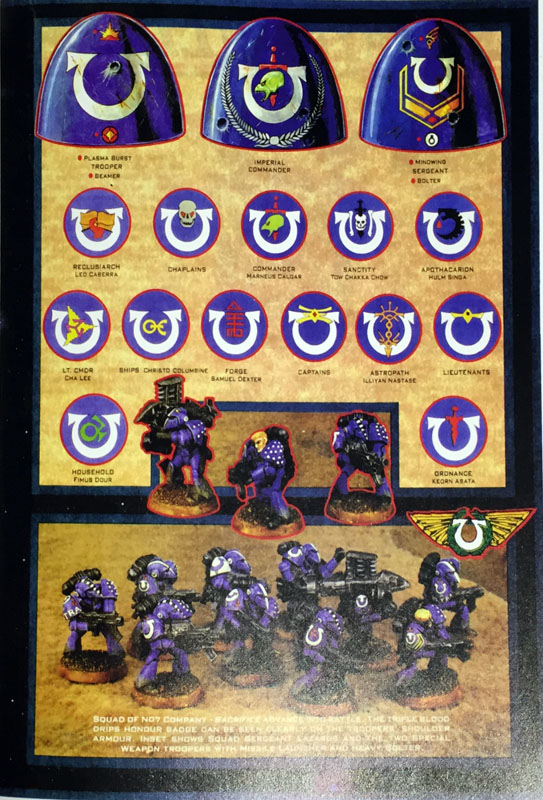 I was hooked and never looked back.  Over the next 30 years the grimdark claimed my soul and countless others across the globe.  We saw the origins of so many iconic parts of the Astartes mythos, from Primarchs, to Chaplains, Terminators to the first mentions of the Horus Heresy in the late 80s and 90s. 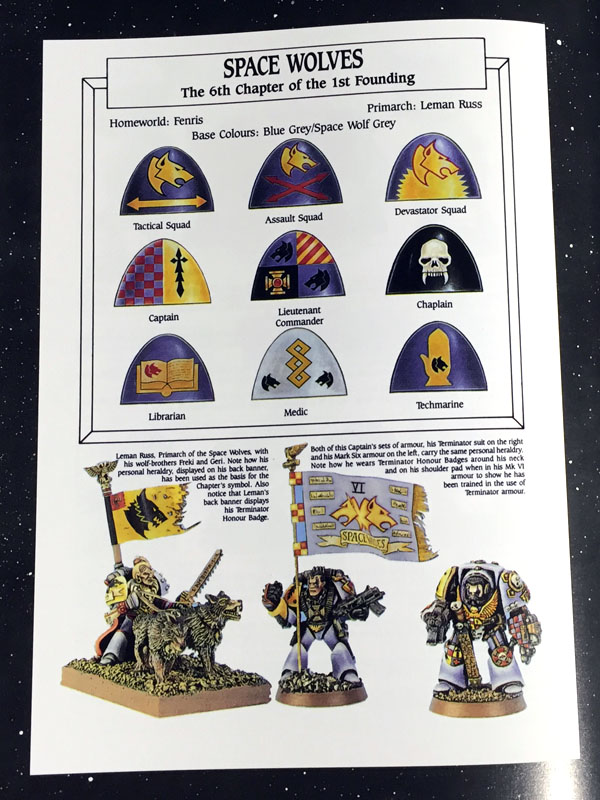 Primarchs were a little smaller back then… 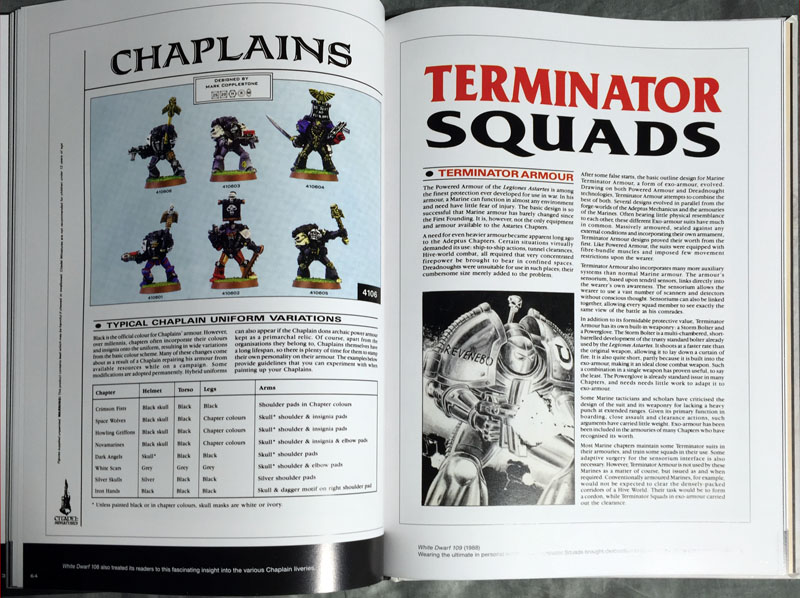 My what large shoulderpads the original terminators had.  I bet Forge World redoes them within the year. 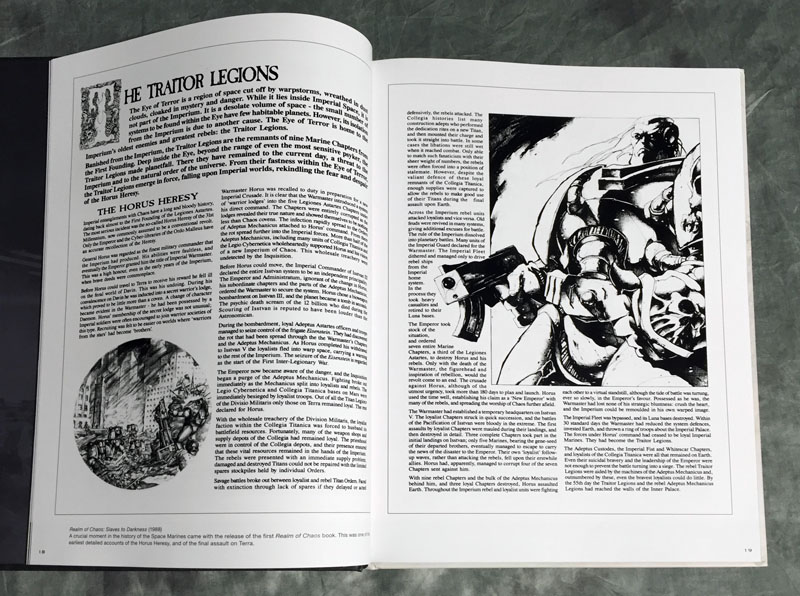 The origin story of the Horus Heresy

Over the decades the fortunes of Games workshop have waxed and waned.  Units, equipment and entire races have both materialized and disappeared from the Grimdark – but through it all the Space Marines have endured.  Thirty years on, new players have to scrape together lore from repositories like Lexicanum, worn and weathered hand-me down copies of books from ancient editions, or even just sit and talk to the old-timers in thier FLGSs about “how it was in my day” (trust me, you’ll be an old veteran soon enough).

But outside of spending a LOT of time, effort and money picking up a bunch of the neolithic 40K classics like these… 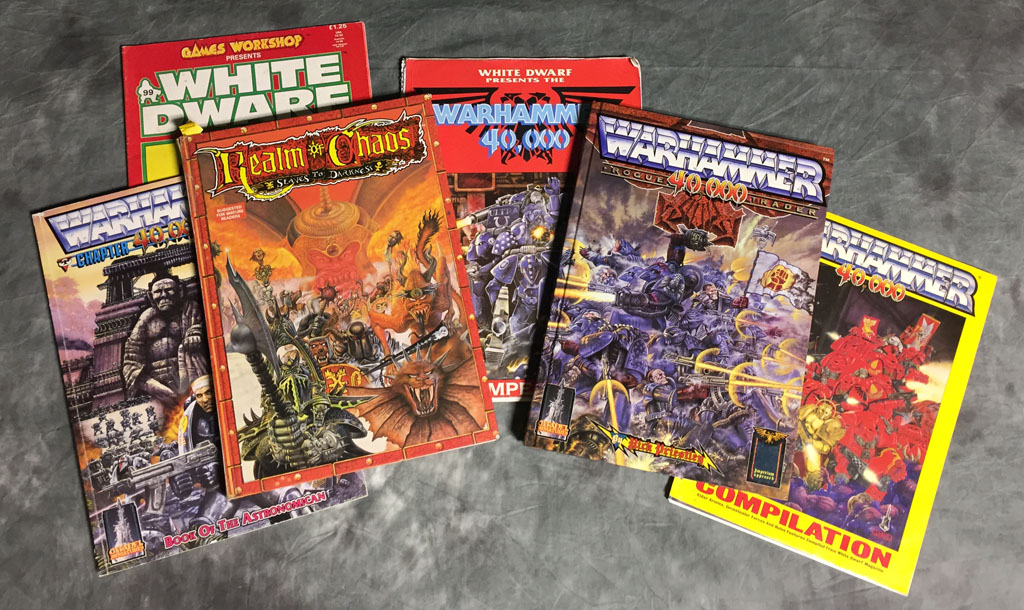 A small portion of the BoLS Librarium

You can instead take up GW on thier phenomenal offer in Index Astartes Apocrypha – and take a walk down the yellow brick road for yourselves.  It’s a great voyage that will let you feel some of the rays from that distant golden era’s sun.  It makes a fantastic coffee table book and introduction into the game’s universe for newcomers.  Go grab a copy while you can – you’ll be glad you did. 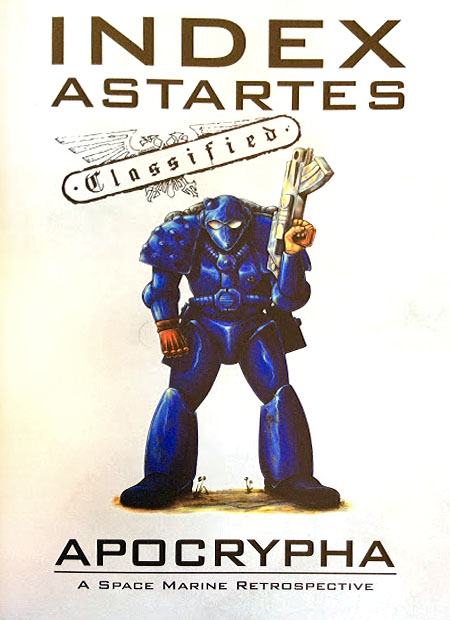 Celebrating thirty years of Space Marines, Index Astartes: Apocrypha brings together a number of the most elusive articles from the darkest reaches of the Citadel archives. Discover for yourself the origin, history and development of the greatest warriors humanity has ever conceived!

Inside this hardback book you’ll find classic articles from the early days of the Space Marines reproduced in their entirety for the first time, and see how their design, the miniatures, the wargear and the gameplay have evolved. An absolutely essential read for anyone who follows the Warhammer 40,000 hobby, this book is an unprecedented insight into the history and formation of this iconic army!

~You’ll have to hustle to secure a copy, so don’t dilly-dally. 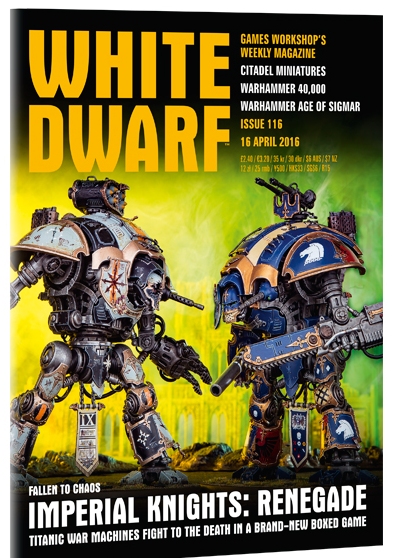