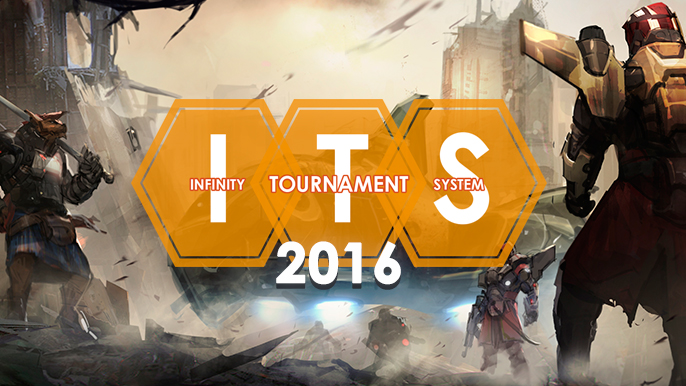 Let’s review what makes armies tick in the  new N3 missions for 2016!

Human Sphere N3  is  giving  pretty  much all factions  of the game  improved capabilities and new goodies, so it’s a good time to go over the  basics  of  what  makes or breaks a regular game  in the  latest  iteration of Infinity.

Speaking broadly, specialists are still a big  part  of mission and ITS play, but  there are more combat-oriented scenarios  now, so we can expect to see a bit less of specialist spam.

Or maybe not, as  most actual special troops such as  hackers, engineers and Forward Observers can do so much more, and are still being tweaked for  better functionality. More and  more, they are worth including for what they bring to your team, rather than just  interacting with objectives. Let’s have a  rundown of some  of the thing you can other than firing  neo-alloy projectiles toward your enemies at escape  velocity.

A Tool for every Task, a Task For every Tool

Hackers, not that long ago, were always a bit  of a gamble; if the  enemy doesn’t bring  hackable stuff, you may be  spending SWC and extra  point  for  little visible gain. But the greater variety and availability  of ‘buff’ programs allows you to beef up your heavy infantry, turn  your combat remotes into accurate, shooty  monsters, guide  your drop troops  in  for  more daring  combat  insertions, and even appear as a friendly troop on the enemy HUD for  sneaky  backstabs. Being able to Mark an enemy  from out of LoS is also a  big, big trick, and  often a key strategy in dealing with enemy heavies that  are nigh-unhittable due to ODD or TO camo.

Doctors are  my  personal favorite, though not all factions can rely on good  ones in this regard. But the value  of being able to bring a downed model  back up cannot be  overstated. With orders being  always  a  scarce resource, your  opponent cannot always spare an extra  one to turn your Unconscious trooper  into a Dead  one.  and  if he does, because  he  knows you brought a doctor, he’s still spending extra resources that he could be  using to kill your  guys  or  secure  more  objectives. In that way, your doc  can hamper enemy  play even if you  never get to make a  healing roll. Medikits and ghost-bots let you  do your thing while  keeping your  model (and  orders) safe,  and now the Medikit even lets you heal from afar by shooting a dart  of  crazy wake-up meds  into a fallen friend from 8  inches away. 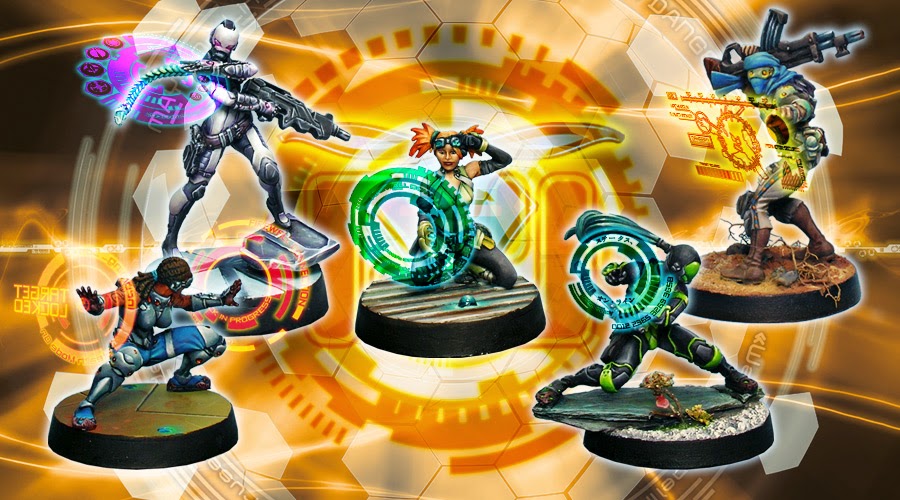 “Hack the planet! HACK THE PLANET!”

Engineers, too, are always good. Remotes and  unpiloted TAGs are  harder to fully  kill, so they are also easier to fix  back into the fight (remember that  unlike Doctor  rolls, failed Engineer fixing  rolls do not kill the target for good!). Being able to clear  the  mines some armies  just  love to scatter all over the  midfield  is a big plus as well. D-charges are also a huge deal, especially on fun tables that  have destructible scenery (which I always recommend). And  while not as sexy as exploding stuff, fixing  burned ODDs and glued TAGs can swing games  back in your favor after a  harsh turn.

Forward Observers are great for stacking bonuses  for your  troops, and blinding enemy  heavies. The tradeoff  is that  sometimes you will have to expose  the  model to an ARO in  order to mark a key target, so make sure to be  in cover and at the worst  possible range for your target. It would be nice if  this  skill ignored enemy Mimetism or ODD/TO modifiers, as  you are  usually  marking them in  order to tilt the  odds  back in your favor, but  no such luck. At  least  it  uses WIP, which is reliably higher tan BS for  most  models.

Chain of Command is the  rarest of  the specialist traits, and sometimes doesn’t even count. It  is  often worth its cost  many times  over, though. Loss  of Lieutenant  is not the  utter tragedy it was  in N2, but when you are  playing in a fast-paced 3-turn game, spending one  of those turns with everyone  irregular  can be a big hurdle, especially  if  you already spent all your command token earlier re-rolling  Doctor and Engineer attempts, stealing enemy  orders going second, or  pushing Coordinated Movement models up the board.

Valar Morghulis (or The Ultimate Counter)

So, what was that about specialists no longer being quite so mandatory? Well, they are still a big factor, but  with more  missions  relying  on board control, assassinating enemy LTs, sacking weapon caches (where specialists help but anyone can do it), avoiding toxic death zones  and so on, you can at  least cut  back on the number you bring, or focus  on quality  over quantity.

Of course, just because your enemy  is  churning  out specialists like they’re going  out  of style, it doesn’t  mean you  have to try to match him or her model for  model. Killing  opposing specialists  is  just as good as bringing your  own, as you are removing enemy objective-seekers  AND cramping his  orders and  synergy at the same time.  Placing  mines and skirmishers  near  objectives  is always a  key factor  for this, as well as securing sniping  lanes  and drop positions to let you reach engineers, hackers and doctors before they can do their thing. 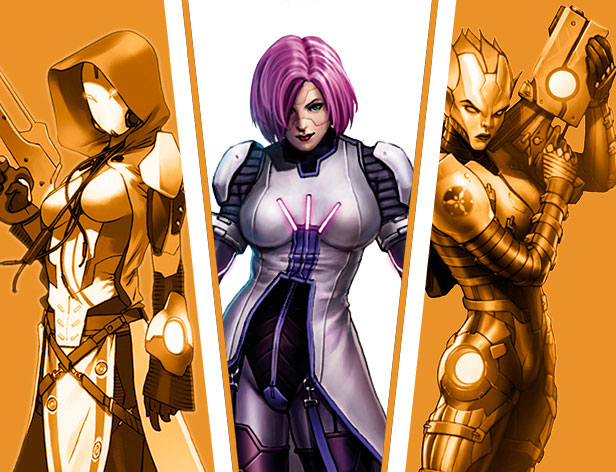 “Now, you wouldn’t shoot at nice gals like us, would you?”

Cut to the Chase

Based  on  experience and  event results (and we’re talking about personal opinion here), some common factors emerge to define what makes a  powerful list/faction currently, by  order  of  importance.

-Mass Camouflage: Camo is great. There’s no overstating this. It  lets you  keep enemies  (mostly) in the dark about what they are facing. It saves you from AROs for a while. It  forces enemies to waste  orders revealing your  markers, and exposing themselves to YOUR AROs  in turn. And  it’s geometric  in scale; the  more you bring, the worse  it becomes for them. If you can bring  more camo than the enemy has  visors/sensors etc (which is very easy for some armies), you  have a  massive advantage. This  is also true  regarding lesser, non-token camouflage  like  mimetism/ODD, though not as  powerful. Everything that stacks  modifiers  in your favor  is great, and  if you can  bring  it across the board, more situations will develop in your favor.

-Specialist availability: Let’s qualify  here. Everyone can access specialists, obviously. But how  many, and across what  positions? Are they cheap? Can you get them in  several roles (LI, HI, skirmishers that start up the board, drop troops)? Are they  good  at what they do for their cost?  Can you  link them to both boost efficiency and bring along an armed escort? Are the concealed  under camo tokens so the enemy can’t counter them until it’s too late? Can they take a hit and  keep going due to having more wounds, Dogged  or NWI in order to achieve an objective before croaking? 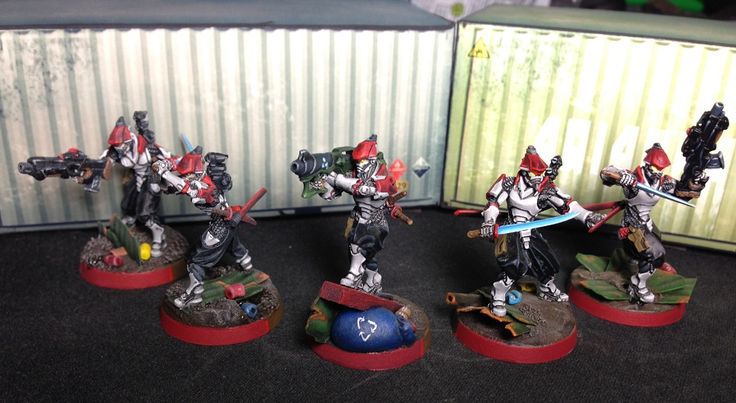 “Hi, we’re the Haramaki. Please do not google what our name means. Thank you kindly!”

-Linked Heavy Infantry: Lots of HI got a big  price cut  in N3, while actually gaining  power  instead  of being  nerfed: higher MOV, more specialists and weapon options. So if before making a HI link was  pretty much you sole deathstar and the rest  of your  list would be cheerleaders and cheap stuff, now you can heave your heavy fireteam AND still bring other threats, like TAGs, expensive skirmishers and  such. That’s a  lot  of threat for your opponent to deal with, and he’ll have t stretch his HMGs, Missile Launchers and such pretty thin to counter you.  That, and a +1Burst, +3BS HMG or Spitfire on a  model that  likely already had great BS is a terror to behold.

-Multiple links: Part  of  me feels queasy when fireteams become  too prevalent, as it feels the game  is  switching to a platoon-based  model like Warhammer and Bolt Action. We’re not there yet, thankfully, but  being able to form more than one  link, or  one  link team and  on  Haris Team, etc are massive boosts to your efficiency. Of course, what you can link is as  important as having the  link itself, and that also makes a big difference.

No one army or  list can cover ALL of those fields, but some  get  very high marks  on 2-3 of them and that’s  plenty strong.  From what I have seen, Ariadna  packs the  strongest combination for ITS scenarios, with ALEPH and nomads  dueling for second place (as  is  only  proper from a fluff aspect), and then Yu Jing owing to its  amazing flexibility and cost-effectiveness.

What  is your experience? Let  us  know  in the comments!