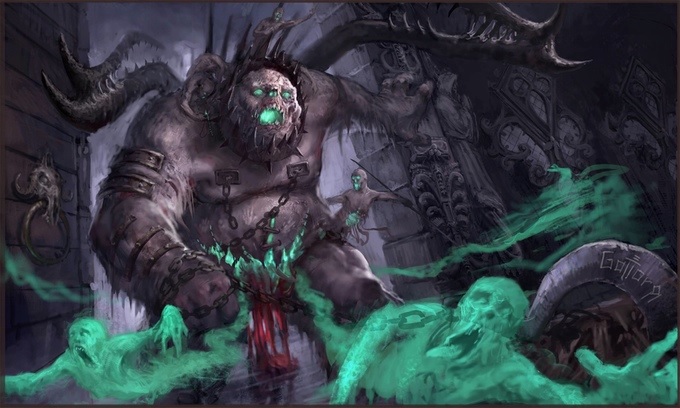 Come check out these four miniature game Kickstarters currently fighting for your attention.

Our hobby is no stranger to Kickstarters. It seems like we have a new one every other day, and this week has been no exception. Here is a collection of four current campaigns that might be worth checking out if you are in the market for a new skirmish game or just some unique miniatures to flesh out your latest project.

The Pantheon of Chaos 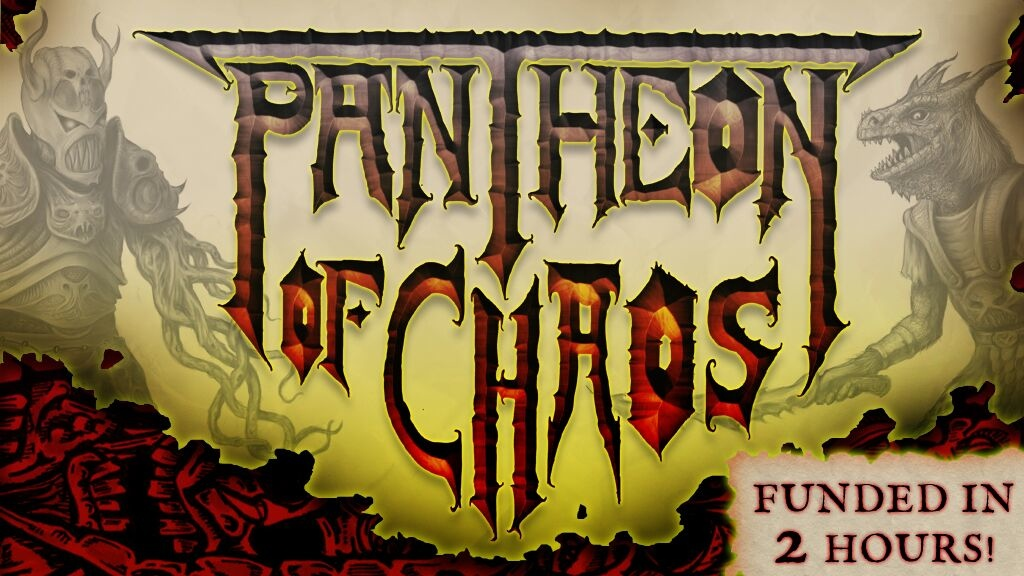 This campaign by sculptor Diego Pinilla and a few of his friends is looking to fund an entire line of over 50 demonic miniatures inspired by classic sculpts from the ’90s. They eventually hope to turn the line into a game about rival demons and their cabals of underlings and cultists, but that’s beyond the scope of this current Kickstarter.

The $57/€50 will get you a decent little warband consisting of a champion, seven troops, and a monster. For just slightly more you can get one of each of the larger Demons of Malice models. If you want them all, the $302/€265 pledge will get you one of each model, excluding stretch goals unless they are freebies. Fans of old-school Warhammer Fantasy sculpts will probably find a lot to like in this range, and I’m sure the models will look great in an existing Chaos army for whatever game system you currently play. 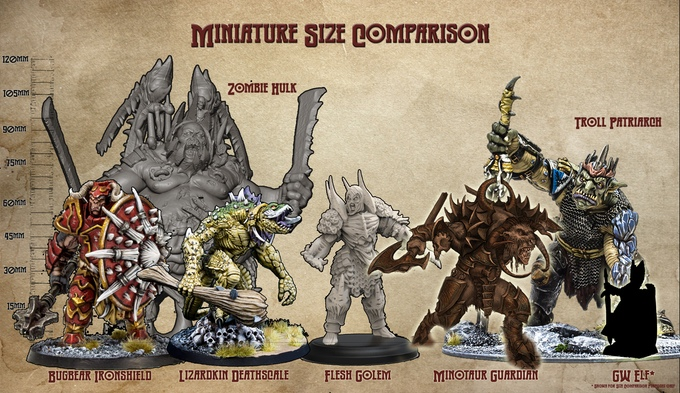 Minion Miniatures has returned to Kickstarter to fund another round of massive monsters to serve as heavy support in your favorite army or epic boss encounters looking to crush unsuspecting adventurers. The focus of the campaign is their Zombie Hulk, a gigantic monstrosity that towers above most miniatures at 85mm at its eyeline. If bloated zombie monsters aren’t your thing, you can also find a heavily armored bugbear, a very Deathclaw-esque lizardman, troll patriarchs, and more.

For $35/£25 you can get any one monster, excluding the Zombie Hulk and Troll Patriarch. The Troll will cost you $49/£35, and the Zombie Hulk is $65/£46. If you don’t want the Hulk, that same pledge can be used instead to buy two normal monsters. The $178/£126 pledge is good if you want one of each miniature in the campaign, though you’d still have to get the troll as a separate add-on. 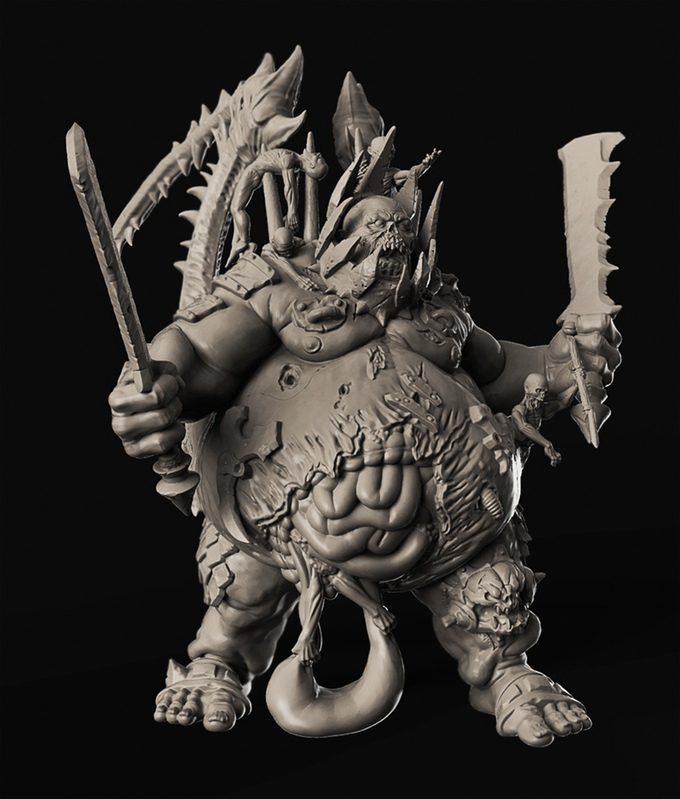 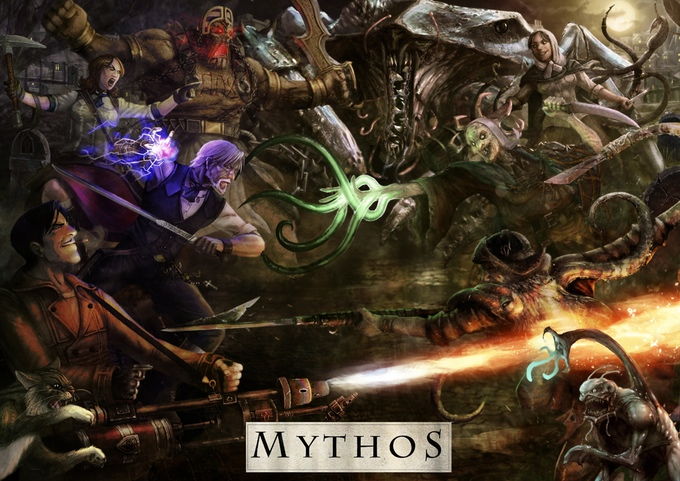 Next up is the first actual game on this list. Paranoid Miniatures is looking to fund Mythos, a Lovecraftian horror skirmish game set in an alternate 1920s Rhode Island where unspeakable horrors have been unleashed upon the world. As you’d imagine based on the source material, sanity and horror play a key role in this narrative-driven miniatures game. The rulebook will have full campaign rules, including a role playing campaign where you build your own characters.

The game has three factions so far, with a fourth one being added via stretch goals. A single starter set will cost you $50/£35 and includes a free Cultist Leader model that will supposedly play a role in one of the game’s narrative campaigns. If you want to get playing right away, you can get two starters for $92/£65. The Kickstarter campaign also contains links to gameplay videos and beta rules so you can get a feel for how the game plays before pledging. 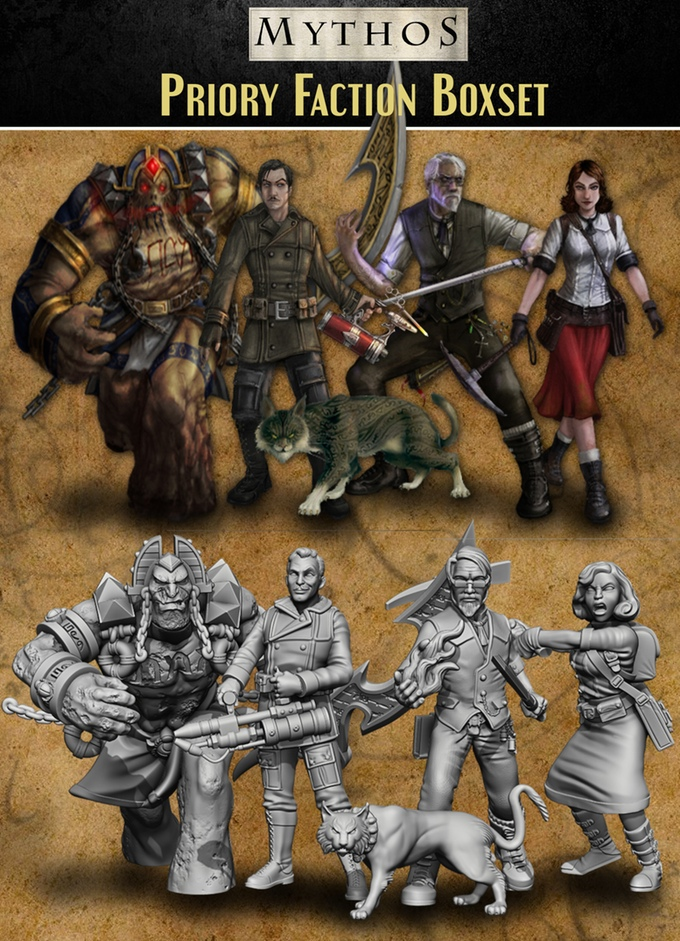 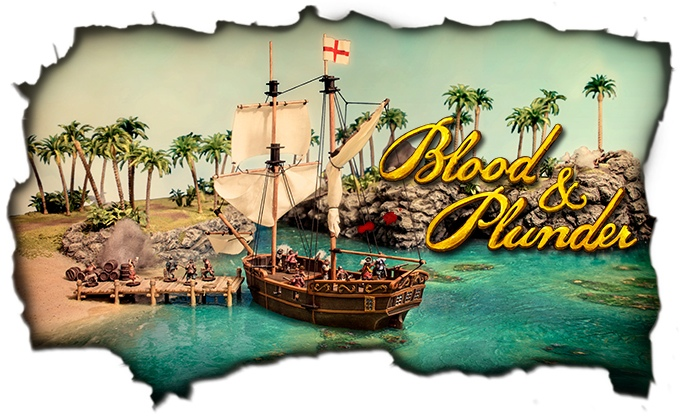 Finally, I have something for you historical fans. Blood and Plunder is a new pirate skirmish game from startup Firelock Games and is set during the Golden Age of Piracy in the Caribbean. While you certainly can play skirmishes on land, the main draw of the game is naval warfare and ship-to-ship boarding actions. The game will launch with several types of large resin ships to board and loot with your marauding buccaneers, and you can grab a few in this campaign at a big discount. Current factions include the Spanish and English, in both privateer and militia flavors.

You can get everything you need to start playing for $50, a significant discount off the suggested retail price of around $80. This pledge includes one starter set of 25 miniatures and the rulebook. You’ll also be able to grab some nice faction dice, counters, four different types of ships, and some Caribbean-themed water and island F.A.T. Mats. There’s a few gameplay videos you can check out on the campaign page. 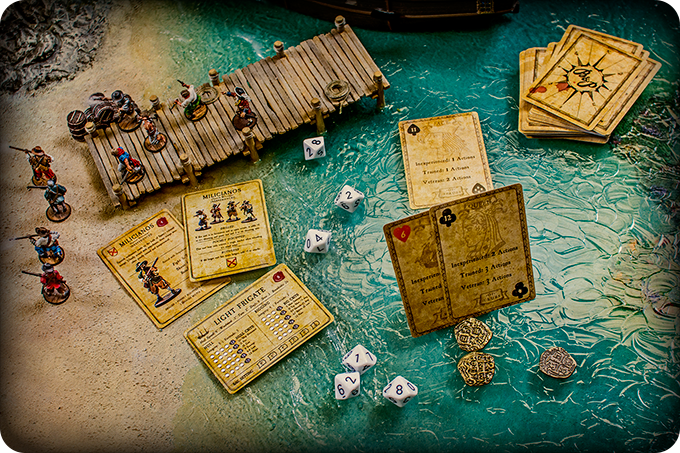 Which of these Kickstarters do you find most interesting?