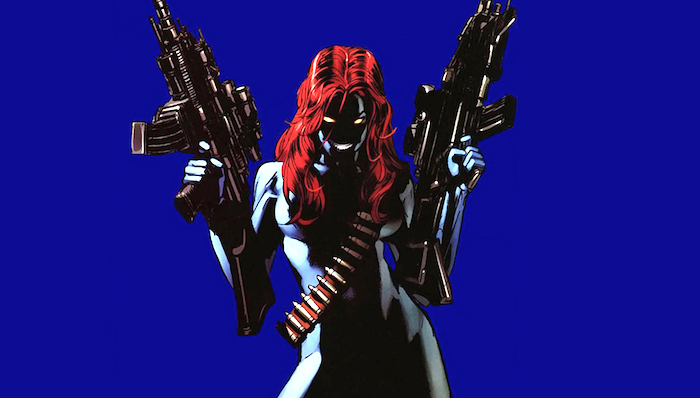 WizKids points you to a glimpse of the latest version of Mystique from the upcoming Uncanny X-Men expansion.

Today we take a look at shapeshifting femme fatale Mystique. She is coming to HeroClix in the upcoming Marvel HeroClix: Uncanny X-Men series.   Take a look. 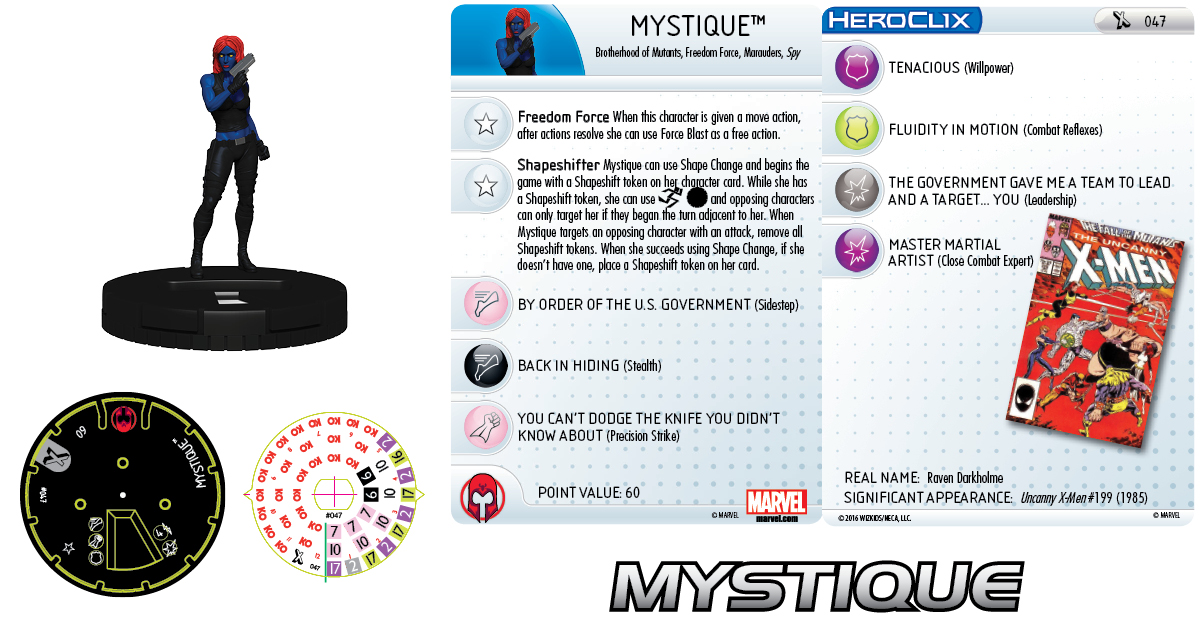 Here’s the basics on Mystique 047:

“Her first trait, called Freedom Force, states that when this character is given a move action, after actions resolve she can use Force Blast as a free action. The second trait Mystique possesses is a bit more nuanced, and is called Shapeshifter. This trait states that Mystique can use Shape Change, and begins the game with a Shapeshift Token on her Character Card. While she possesses a Shapeshift Token, she can use Improved Movement – Ignores Characters, and opposing characters can only target her if they began the turn adjacent to her. With that, when Mystique targets an opposing character with an attack, you remove all Shapeshift Tokens. However, when she succeeds using Shape Change, if she doesn’t already have a Shapeshift Token on her card, you will then place one on her card.

Have at it HEROCLIX fans – What do you think of Mystique?