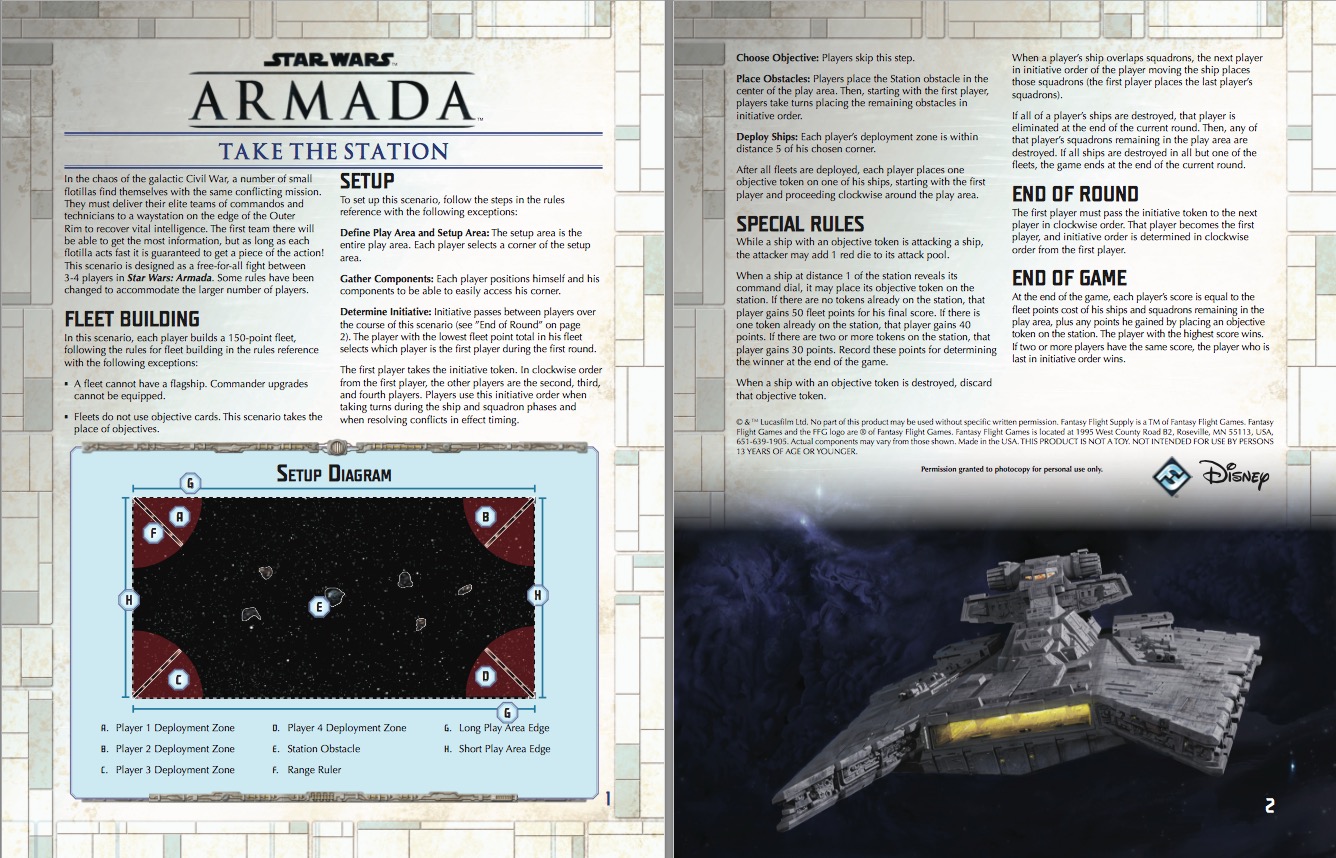 Here’s some notes from the FFG Designers:

“One thing we realized early on was that the alternating ship activation of Armada could, with some minor tweaks, work really well in a game with three or four players. Generally, one of the big problems with a multiplayer game is the downtime as you wait for three other players to finish their turns so that you can go again. However, with each player activating one ship at a time, downtime is substantially reduced. With that in mind, we decided that our first multiplayer scenario would be multiple players competing against each other, not two teams of players working together.

“As we looked deeper into the idea of creating a multiplayer scenario, a few substantial changes stood out.

~Report to the bridge!

X-Wing: The TIE-Bomber is Back!