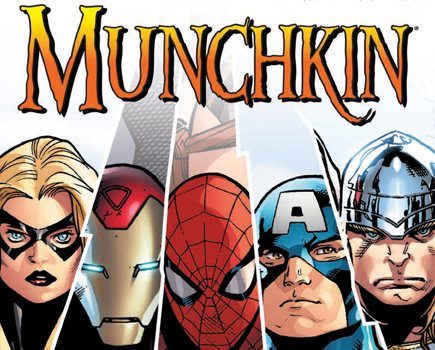 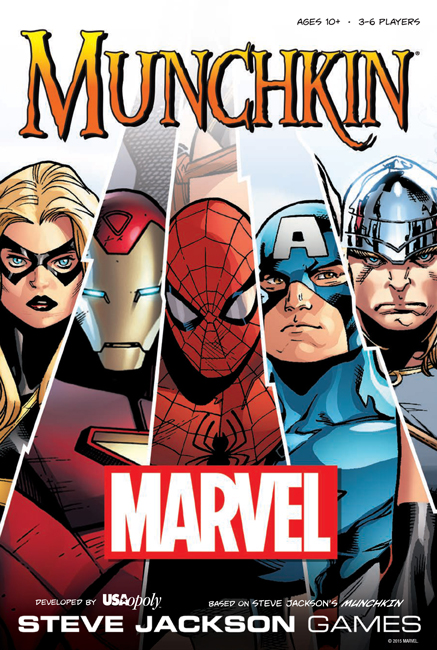 The Tabletop Spotlight is on Munchkin: Marvel Edition!

Steve Jackson Games’ Munchkin series is prolific – it’s everywhere and there is a version of it for just about any pop culture reference you want to make. So it wasn’t a huge surprise when our friends from Dragon’s Lair Comics & Fantasy brought over the NEW Munchkin Marvel edition:

This game takes the core gameplay of Munchkin and slaps a Marvel skin on top. To me – that is a win! If you’ve ever played Munchkin playing this version is just like falling off a bike: You do it once and you never really forget how it works. This game also adds a new “affiliation” mechanic and it borrows the powers mechanic from Super Munchkin. In fact, you can blend those decks/sets together and they should work just fine…mostly. Try at your own risk.

You also play a “character” vs a blank slate player like in other versions. You start off as a SHEILD Agent with a specific power and gender. I liked these cards because they help to change up the game a bit as well. Also, because this game is best with 3-6 players, those cards great for helping out new players jump right in. 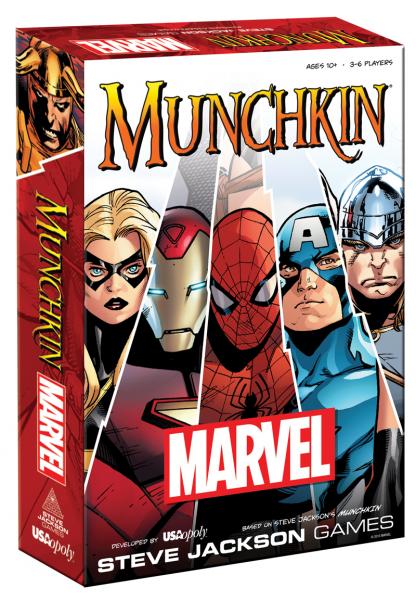 The Munchkin: Marvel Edition is an all-new Munchkin game that fuses the classic card game fun of monster-slaying and role-playing with the most iconic characters from the Marvel universe. Created under license from Steve Jackson Games and in conjunction with Marvel, Munchkin: Marvel Edition comes complete with Treasure and Armor and plenty of monsters to fight, plus Allies, Affiliations, Powers, and custom S.H.I.E.L.D. Agent Role cards, and is the perfect game for Munchkin fans who are ready for an epic Marvel battle!

Author: Adam Harrison
Writer, Editor, Texas Native, and Austinite for 15+ years, Adam covers all things Tabletop Gaming. Which includes Warhammer 40,000, Age of Sigmar, D&D, Board Games and everything else that involves dice, boards, cards and a table. A hobbyist, player, and collector of miniatures and games, Adam's current obsession are his Death Armies for Age of Sigmar, his Blood Angels and Tyranids for 40k, and his ever growing Arkham Horror: The Card Game Collection.
Advertisement
Card Games Comics Marvel-DC DO NOT USE Tabletop Spotlight Videos
Advertisement

Tabletop Spotlight: Smash-Up: It's Your Fault!