The makers of Carnevale and Home Raiders recently announced that they are closing up shop.

In many ways we are currently in a new Golden Age of tabletop miniature games. Crowdfunding, digital sculpting, 3D printers, and other recent developments have made it easier than ever for startups to come along with new games and models to sell us, and the number of games on the market these days is truly staggering. No matter what sort of experience you are looking for, there is almost certainly a miniatures game out there for you. Unfortunately, this remains a niche hobby, and there are simply too many games competing for the limited amount of money and attention our relatively small community can provide. Many smaller companies with more obscure games are bound to fail eventually due to the sheer number of higher profile games with larger player bases dominating our local game stores.

This is the sad fate that recently befell Vesper-On Games, makers of the Carnevale and Home Raiders skirmish games. In a recent post on their website, Vesper-On talks about how their player base just wasn’t growing fast enough to keep them in business. I feel especially bad about Home Raiders, their newest game that has only been on the market for a few months. I never jumped into the game myself, but felt that Home Raiders had a lot of potential as a gateway game for younger audiences into the hobby. Sadly, it never even had the chance to find an audience. 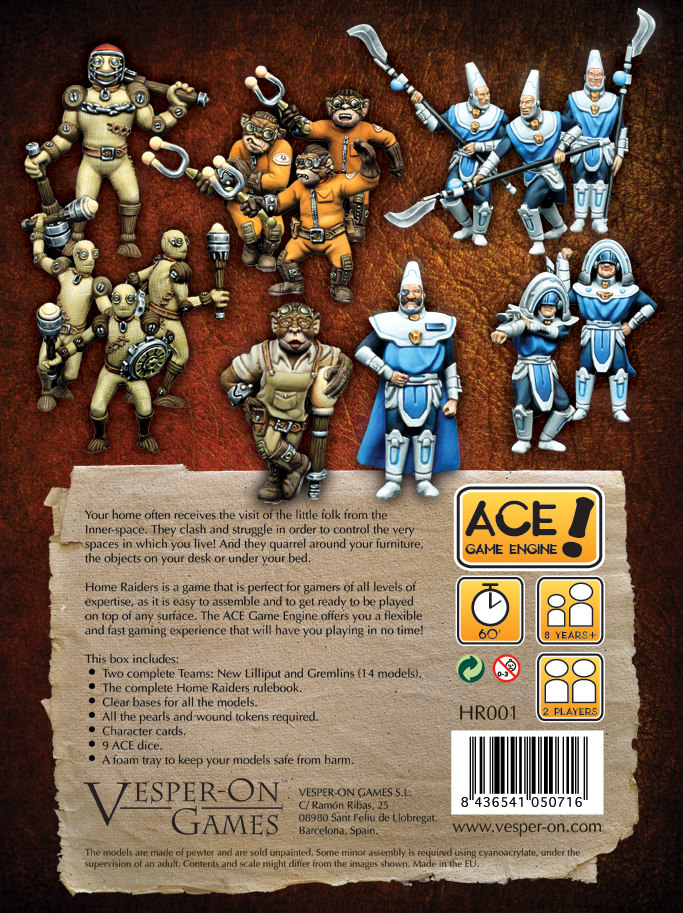 Vesper-On is looking to sell all their assets, including the Carnevale and Home Raiders IPs and miniature lines. Hopefully we might see a situation similar to Alkemy, where a small group of devoted fans managed to purchase the rights to the game and continue it after the original company went under.

Did anyone here play Carnevale and/or Home Raiders?