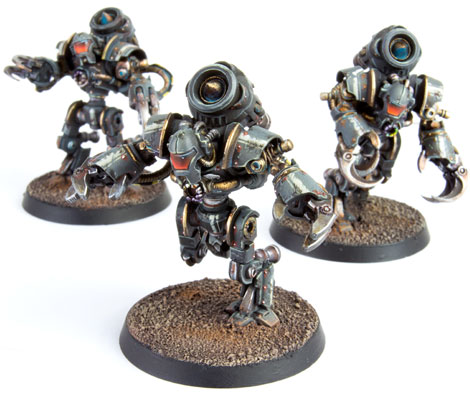 Forge World shows off another unit that will be available at Warhammer Fest – Ad Mech: reinforcements have arrived!

Warhammer Fest is less than a week away. I’ve been showing you plenty of new products that’ll be available for the first time at the event, and there’s still more! Take a look at the latest unit to roll off the production lines of the Mechanicum…

The Mechanicum Ursurax are deadly close combat units that blast into the fray with their inbuilt jump packs, smashing and tearing at the enemy with Power Fists and Lightning Claws and burning them to cinders with their chest mounted Volkite Incinerators.

The Ursurax will be available first at Warhammer Fest, and soon after on the Forge World web store.

There’s just a few days left to get your tickets for Warhammer Fest, so get order yours now!

We got an early look at these guys all the way back in February at the Horus Heresy Weekender. Well now they are on their way to a tabletop near you after Warhammer Fest! This unit sounds pretty mean (at least in close combat) but it’s something the Ad Mech Heresy-Era list has been slightly lacking in – a fast moving Close Combat threat. These look bigger than a marine but smaller than their larger Battle-automata brothers. I think they will be a great addition to an Mechanicum army.

Killbots have a preset kill limit…

Author: Adam Harrison
Writer, Editor, Texas Native, and Austinite for 15+ years, Adam covers all things Tabletop Gaming. Which includes Warhammer 40,000, Age of Sigmar, D&D, Board Games and everything else that involves dice, boards, cards and a table. A hobbyist, player, and collector of miniatures and games, Adam's current obsession are his Death Armies for Age of Sigmar, his Blood Angels and Tyranids for 40k, and his ever growing Arkham Horror: The Card Game Collection.
Advertisement
Adeptus Mechanicus Forge World Horus Heresy Tabletop News Warhammer 40k
Advertisement

40K Latest Codex is All About (digital) Chaos 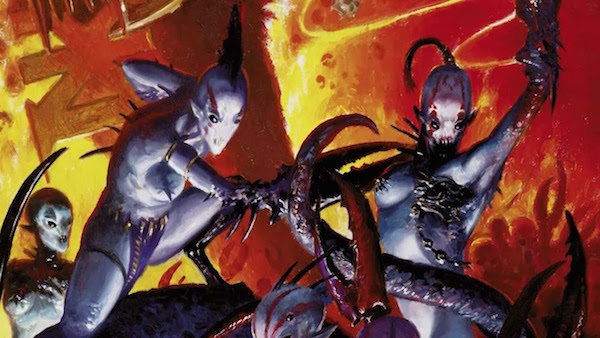