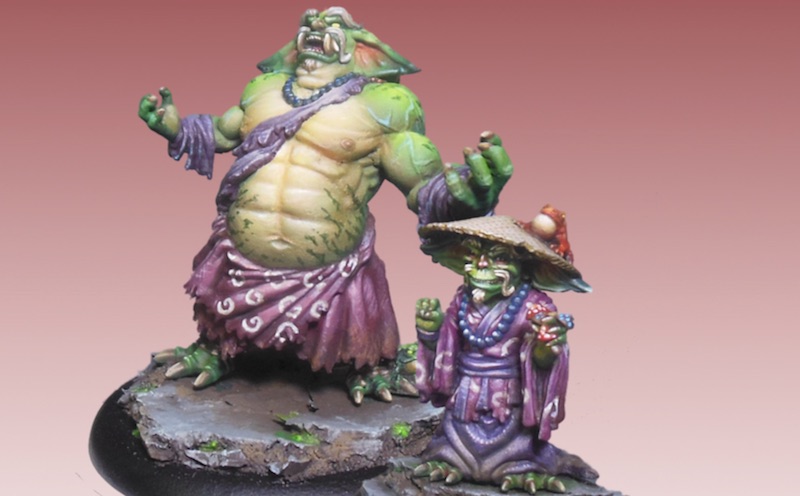 For those not familiar with Bushido:

Pre-order is available for Savage Wave:

It is hard to tell if Xi-Han had lost his mind before or after he consumed every unusual mushroom he could find. The exact purpose of this pursuit remains a mystery. What is clear is that bizarrely he has managed to develop the ability to focus and force his body to replicate the effects of these rare and potent fungi. Sending his body into spasm and unleashing the deranged and violent “Zoo” for a short while to wreak havoc on his enemies. He also still maintains a constant supply of mushrooms on his person that he can throw in battle to Blind, Frighten or enrage anyone unlucky enough to inhale the spores.

These brilliant additions to the hordes of the Savage Wave, as well as the rest of Wave 29, will be available to Pre-Order with a street date of Friday 3rd of June.

Kairai are available now for Cult of Yurei:

The secret and powerful art of soul trapping was thought lost for generations until Kato was judged worthy to know its dark secret. Yurei’s cruel mockery of the living, their anguished masks taunt the living for his amusement their fear adding fuel to his dark fire. They are puppets to their dark masters will.

Who’s ready to build onto their current forces – or start a new one?