GMM SHOWCASE: Building the Boat – All Hands On Deck! 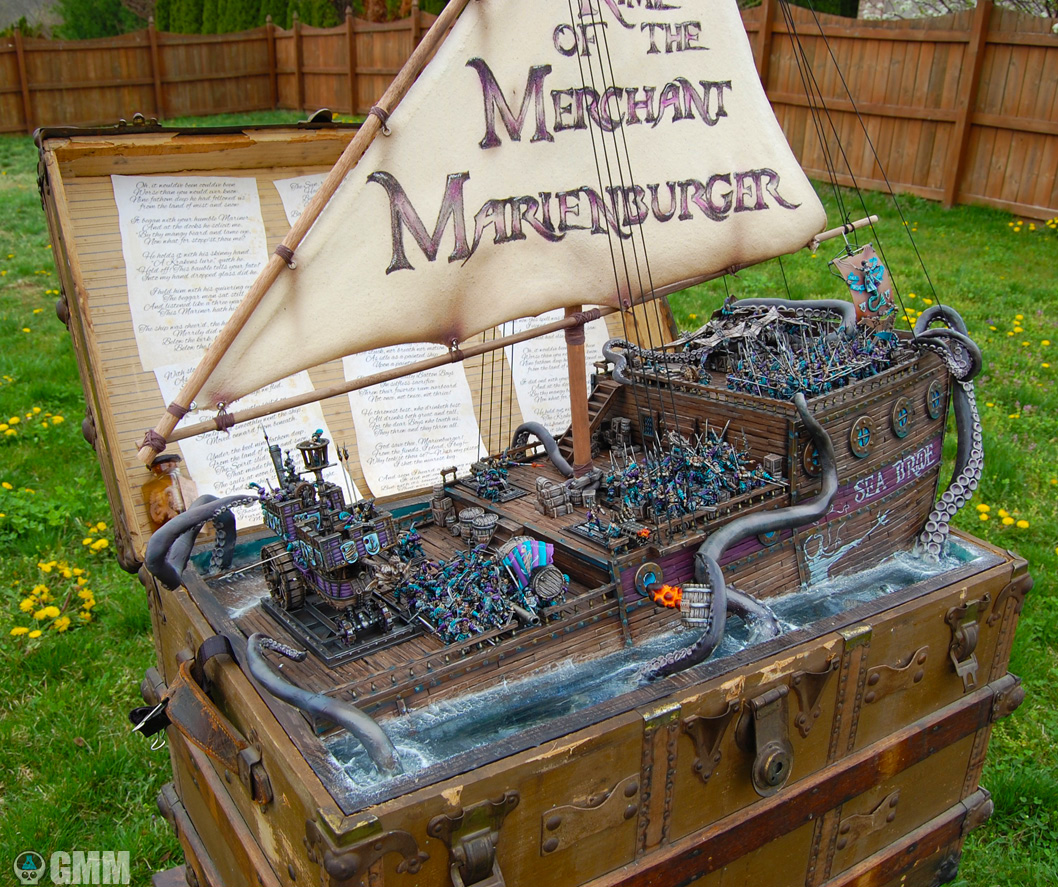 Hello BoLS readers! The voyage of the Marienburger continues. Let’s talk about the actual units onboard.

Recently on my Instagram page I have been running a series on past large displays for Adepticon – big monsters of miniature I have been doing over the years.  They decorate my house well, but it feels good to dust them off and get them out there in the world again.  Plus it is a good opportunity to go over points I never shared, and revisit the past.  When making something so big under time pressure, it leaves a lasting imprint on a person. Can still hear the Alestorm and taste the Kraken rum late into a cold March night, plugging away on this beast.  I want to share that with you, the love and experience of building something at the edge of one’s abilities. So sit back and enjoy – crack open the Kraken and pour a little out for my man Coleridge 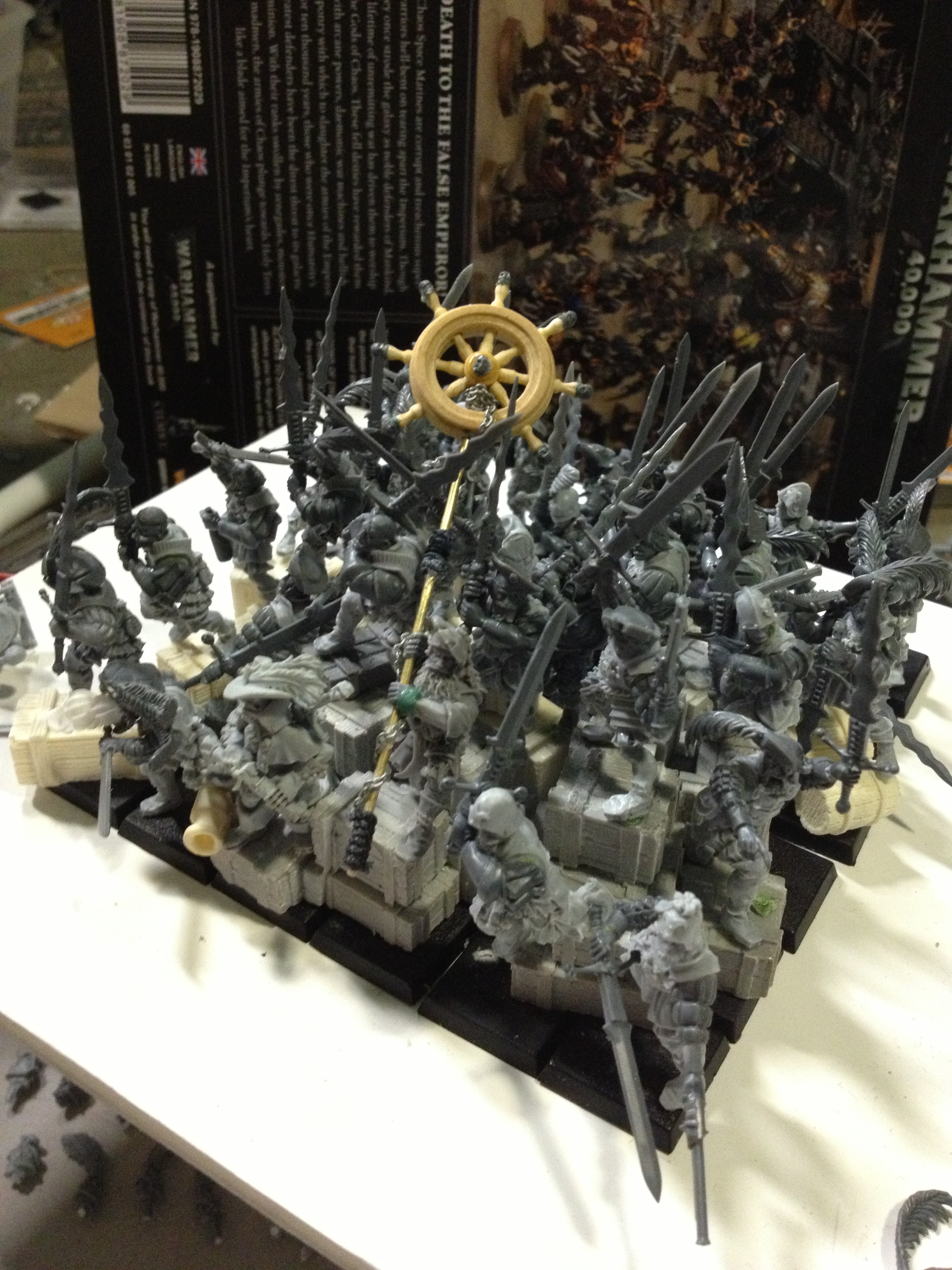 Let’s talk about the actual units.  The entire army is made from about 120 Forge World Manaans blades.  Not only were they exactly what I wanted for theme, the resin meant the bodies could be bent and posed without cutting.  Each individual model is individually posed and placed within the unit locking together.  Once the units were made, the crates were sawn apart where they attach across bases and then glued to the overall unit tray with wood.  The bases shown here are just placeholder. 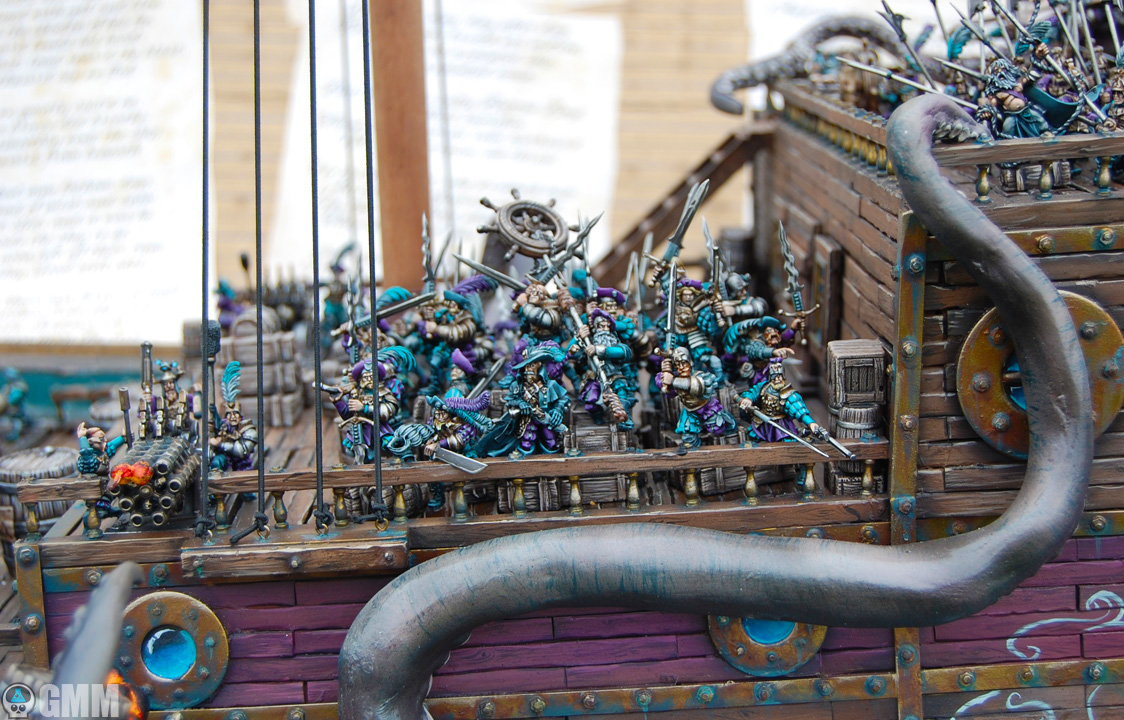 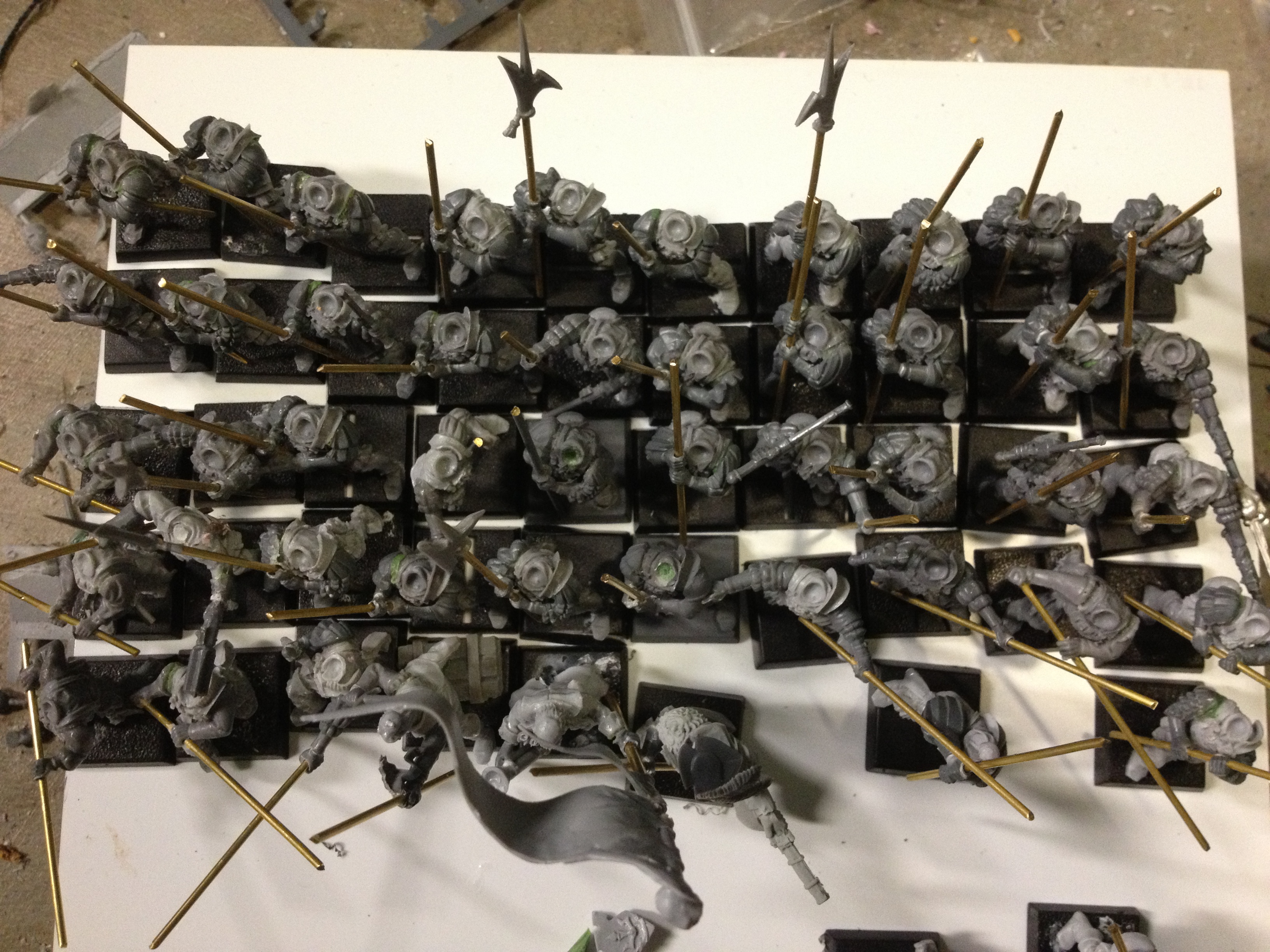 The 50 halberdiers are also made from Manaans blades, with each set of arms drilled for a brass rod and better looking halberds. From buying so many of them, I was able to use nothing but the octopus helmet head across the unit. Wanted these to be a specific Kraken hunting unit that was aboard the ship.  About 75% of the heads have added sculpted mustaches, beards, and facial expressions for variety. 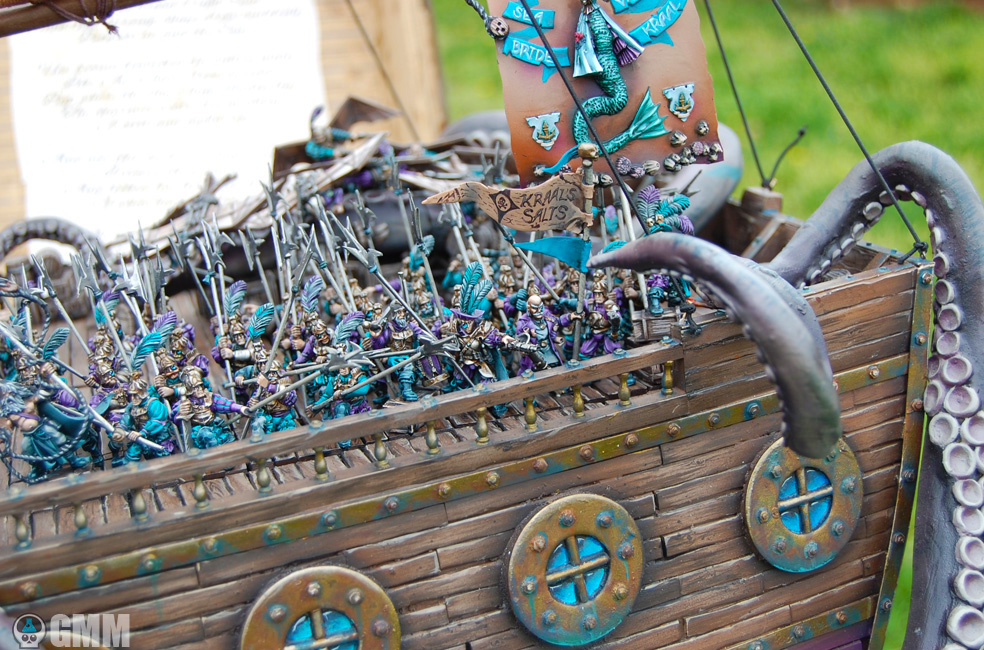 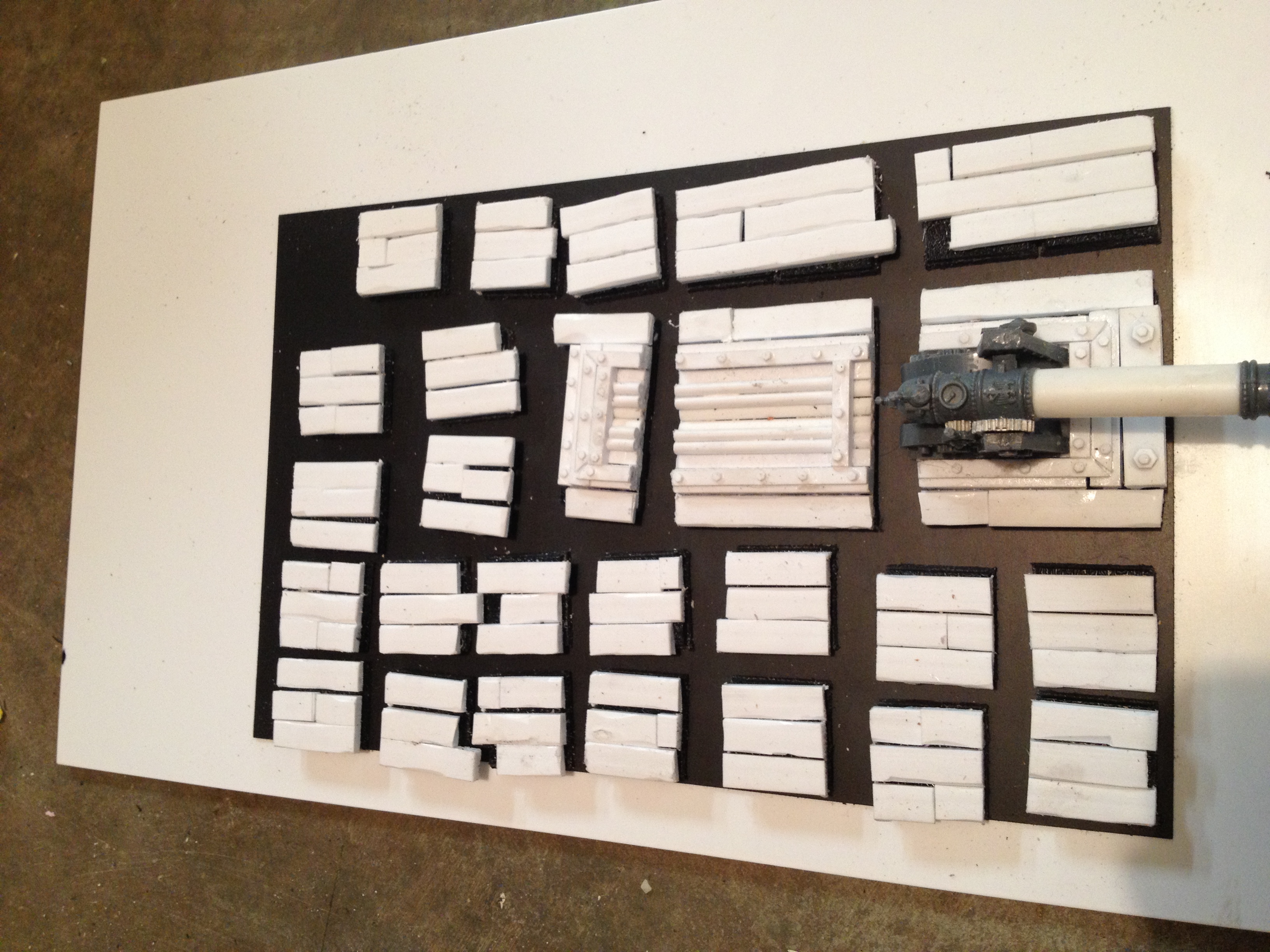 Another example of balancing list and looks – there were only enough points for three artillery, but that would be an imbalance on the ship deck.  So I placed a fourth cannon within the Saggy Batten Boys and chopped it up along with the bases. 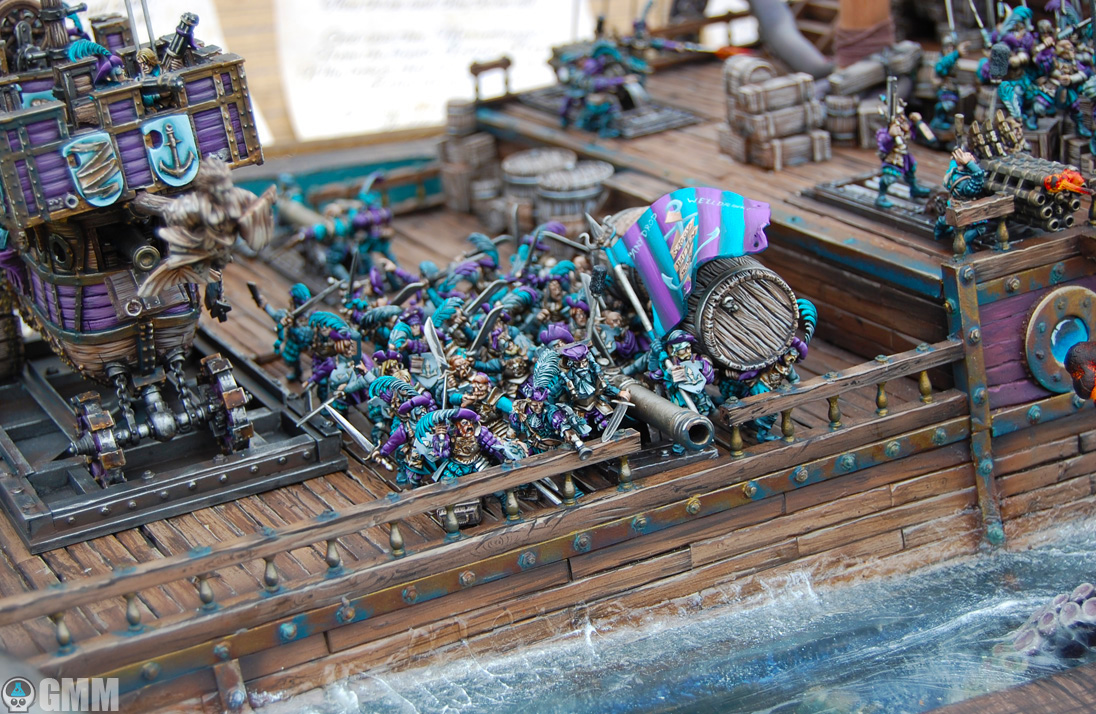 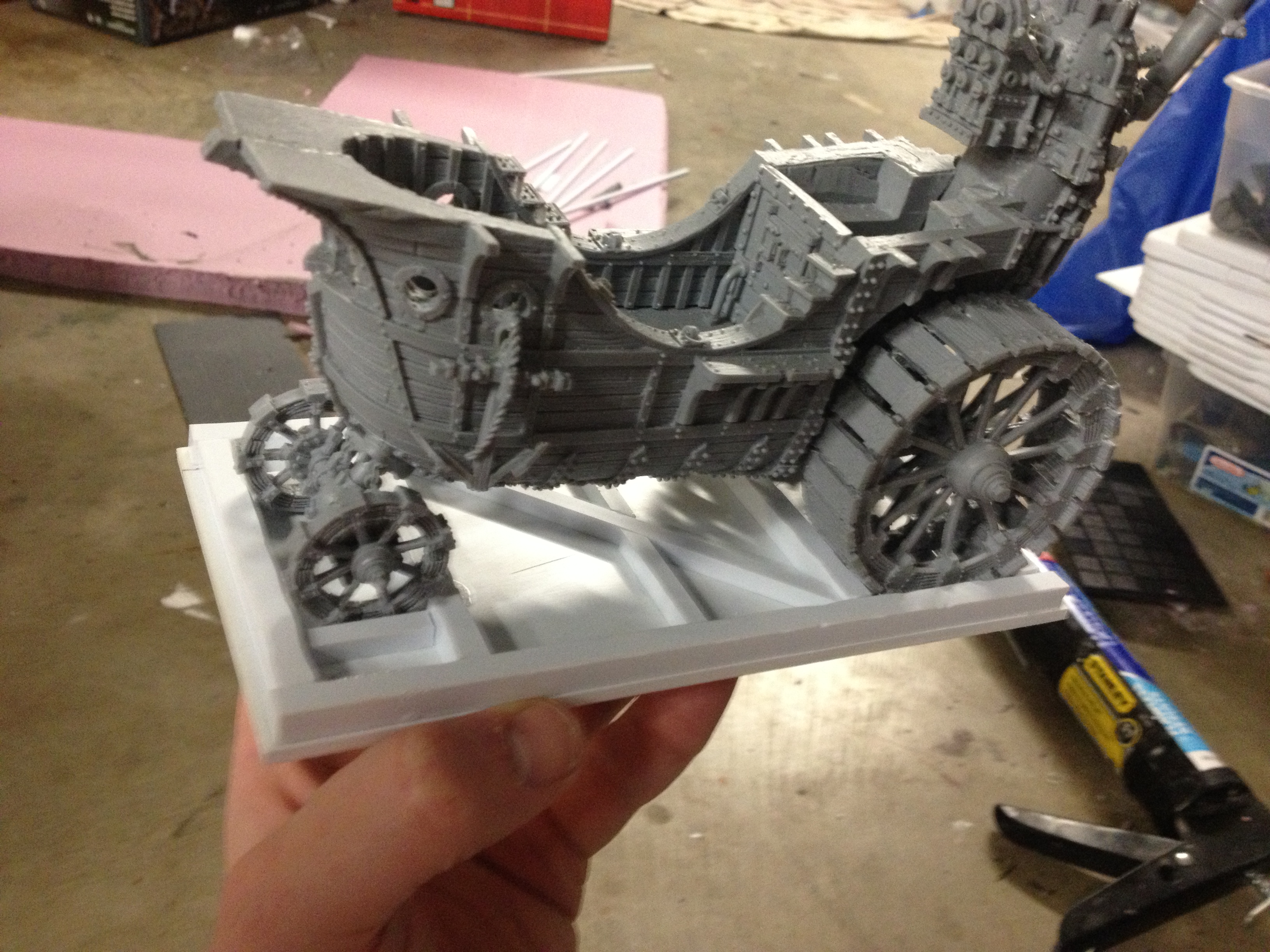 I just had to have one of the steam ships in the army.  Problem was how would a ship be sitting on a ship?  How about a steel pallet? 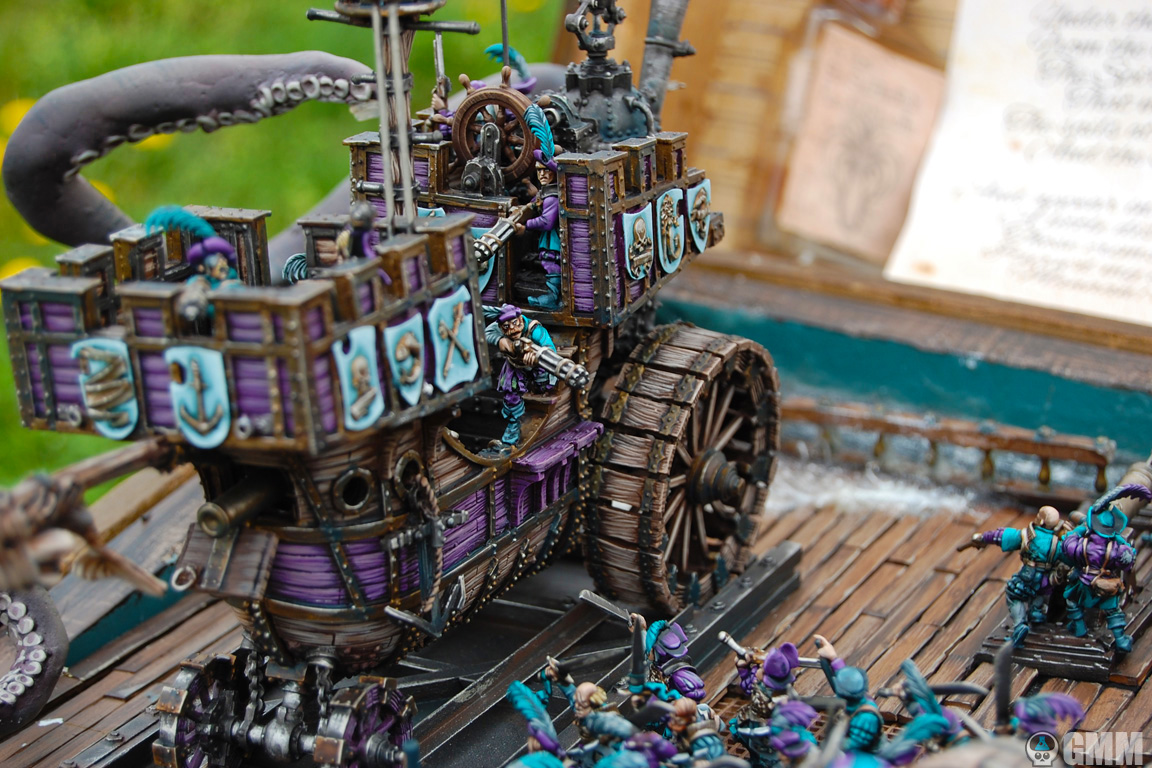 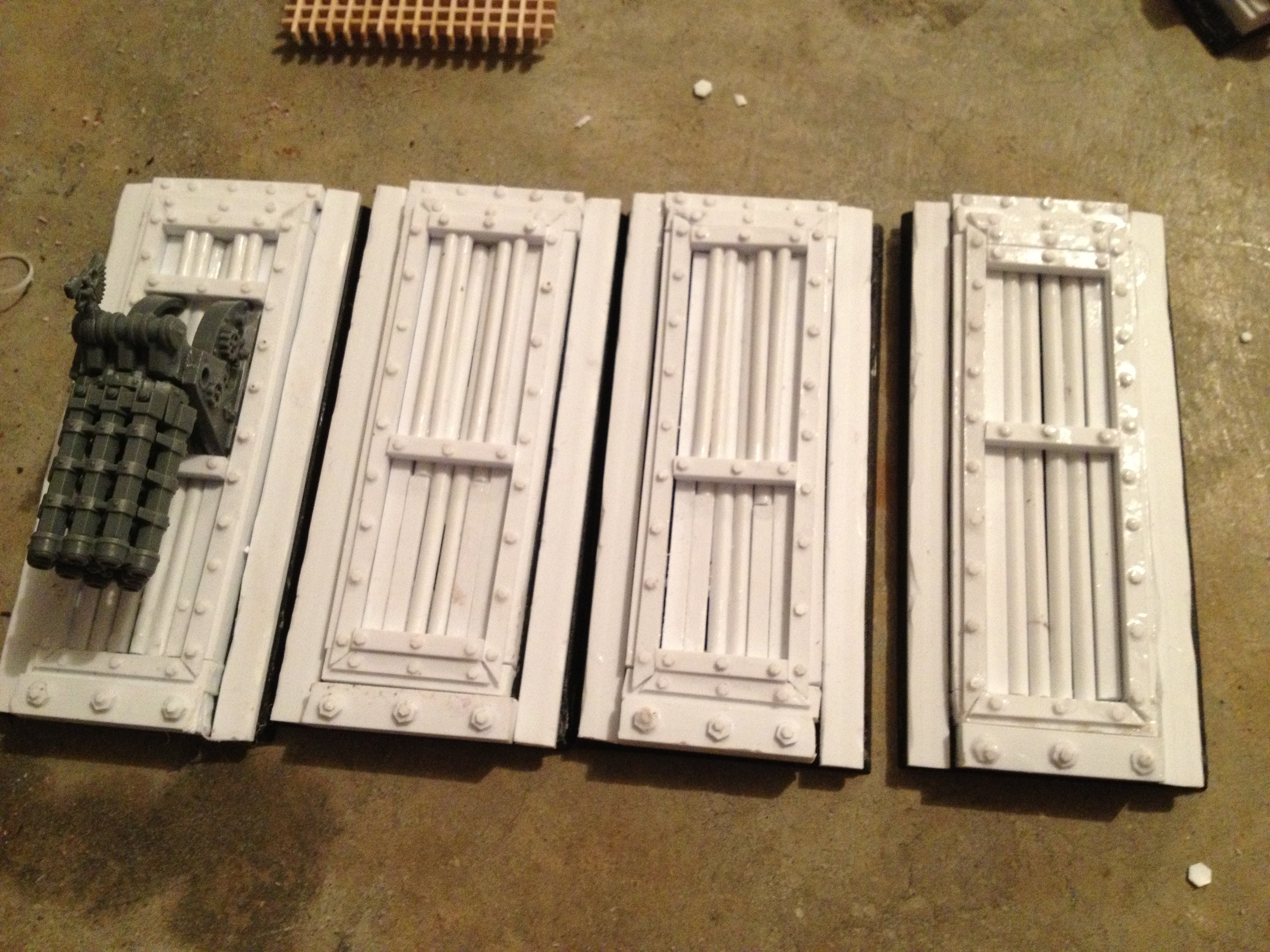 Always loved the idea of steam powered artillery.  Pistons move the cannons forward and back for reloading.  Plus theyre just a bit more interesting than a cannon on the deck, and slip into the cut holes perfectly. 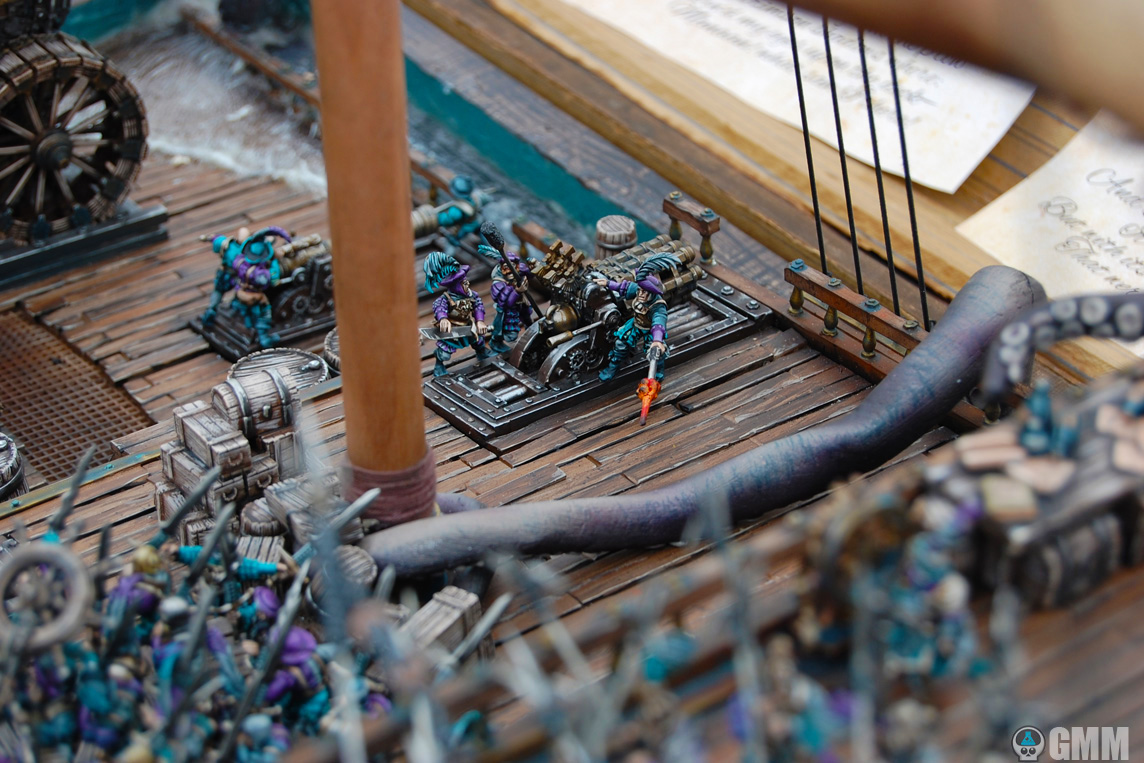 That’s it for this time!  Catch you in the next one for more salty action.

Author: Brandon Palmer
Brandon Palmer, is a prestigious professional miniatures painter. He is the man behind GMM Studios, and one of the top quality miniature artists in the world. He began covering his works for BoLS in 2015.
Advertisement
Conversions GMM Studios Hobby Terrain Warhammer Fantasy
Advertisement

GMM SHOWCASE: Building The Boat - Full to the Gunwales 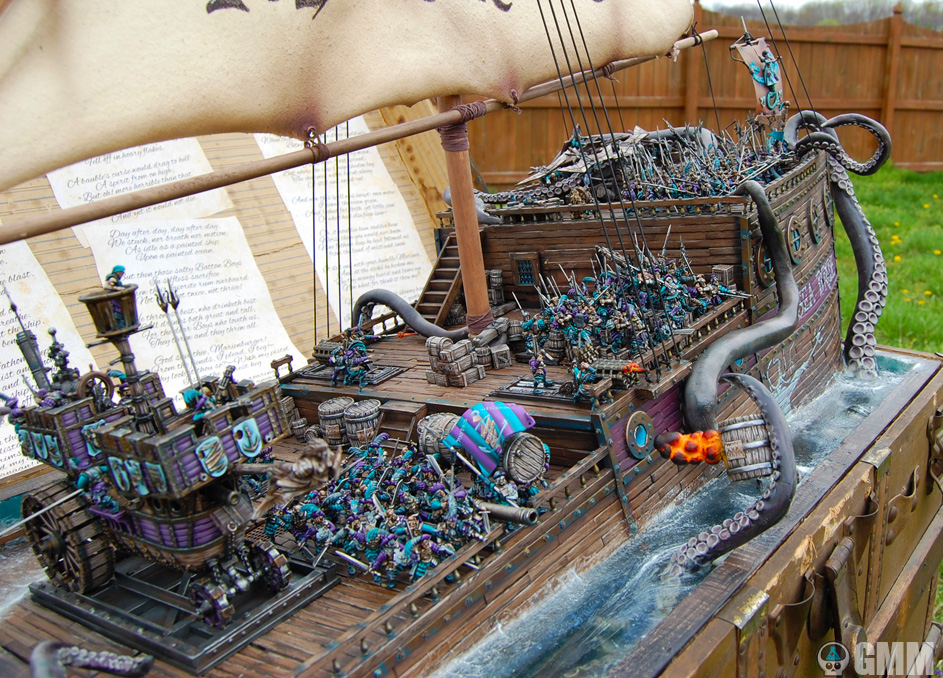