You can’t get away! The Imperial Interdictor is here with a Mon Calamari cruiser to add some spice to your Armada games! 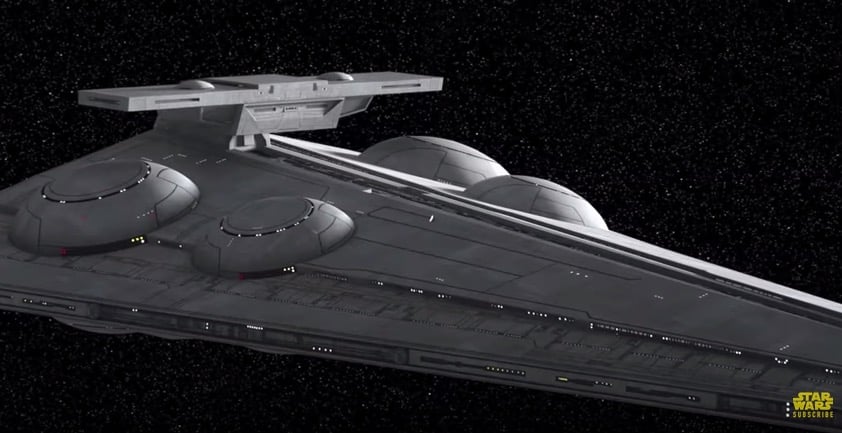 When the Interdictor made it’s appearance in Star Wars: Rebels, we knew it was only a matter of time… 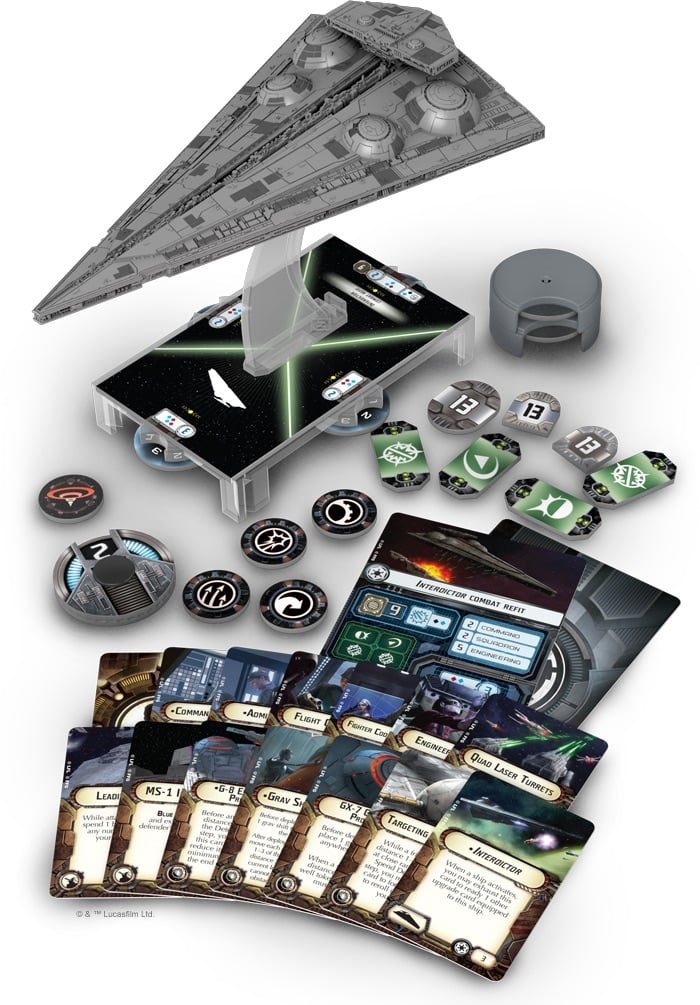 The Interdictor cruiser was designed as a major part of the Empire’s response to the elusive Rebel threat. Although its shape resembles that of a Star Destroyer, the Interdictor is smaller, and it sacrifices the Star Destroyer’s focus on shields and firepower in favor of advanced gravity-well projectors that are capable of wrenching enemy ships out from hyperspace. When an Interdictor is deployed along one of the galaxy’s hyperlanes, it can spell doom for any unsuspecting Rebel captain, cutting off the Alliance’s vital escape routes and strangling the galaxy’s last hope for freedom.

In Armada, the Interdictor is a solid, medium-base starship that is in some ways comparable to the Victory-class Star Destroyer. However, the similarities are mostly superficial, and any extended exploration of the Interdictor will reinforce how much its design centers around its Experimental Retrofit upgrade. After all, the InterdictorSuppression Refit costs you five fleet points more than the most expensive basic Victory-class Star Destroyer, the Victory II. Still, for those five extra fleet points, you lose two dice from your forward battery armament, as well as one point of shields each from both your left and right hull zones. What you get in return, though, is an unprecedented ability to impact the battlefield and the game through the use of Experimental Retrofits like the G-8 Experimental Projector and G7-X Grav Well Projector. 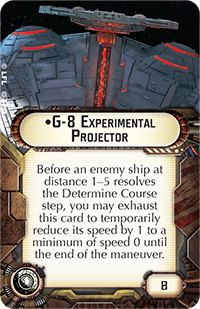 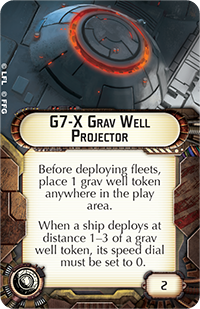 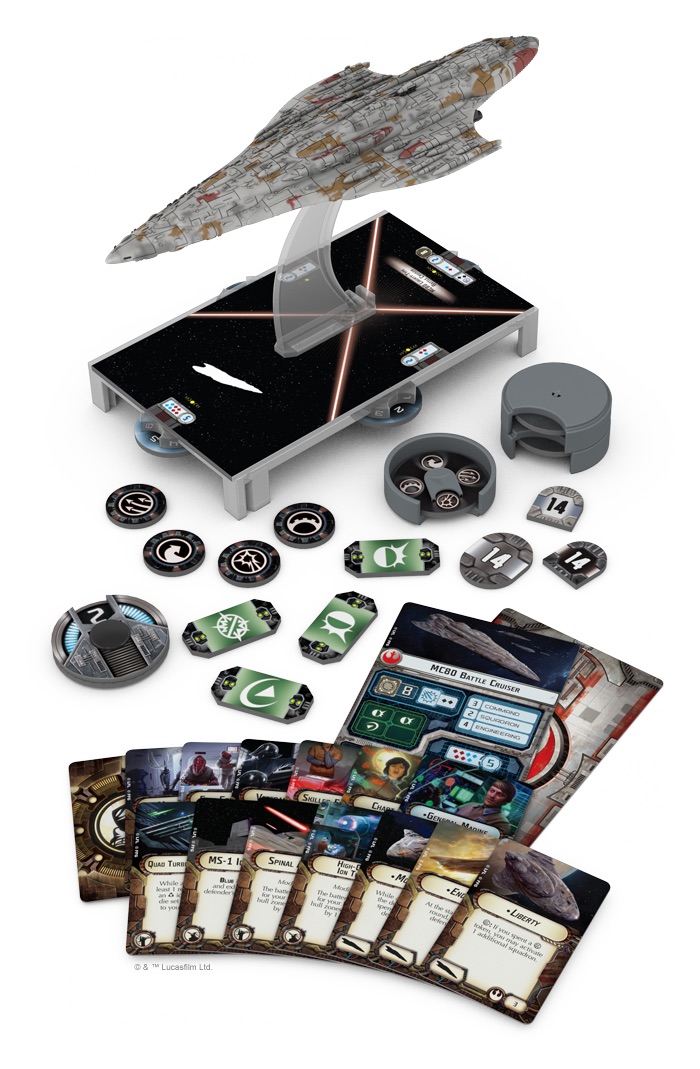 The MC80 Liberty type Star Cruiser is the spearhead of the Rebel Alliance’s fleet, and its namesake ship is both renowned throughout the Alliance and infamous throughout the Empire. The Liberty boasts some of the heaviest firepower in the Rebel arsenal. Due to this impressive firepower, the ship’s powerful forward shielding, and its ability to dock multiple fighter squadrons, the Liberty is often among the first ships considered to lead Rebel strike forces into combat-likely raids within Imperial territory.

Like the Home One, the Liberty enters Armada as a large-base ship with eight hull. However, beyond their similarities in size and hull and the fact that both ships were of Mon Calamari design, the Home One and Liberty are about as different from each other as can be. Whereas the Home One is a broadside ship with six dice in its left and right battery armaments, plus four shields each on its left, right, and forward hull zones, the Liberty is built to charge directly into battle. It features seven dice in its forward battery armament, plus five forward shields. Moreover, its upgrades are more offensive in nature than those on the Home One.

Accordingly, the Liberty presents the opportunity to experiment with all-new Rebel tactics, such as those you might employ when you use the Liberty to lead a fleet of Nebulon-B frigates directly at your opponent. Naturally, many of the expansion’s fourteen upgrades also support this new Rebel play style. For example, General Madine ensures your fleet retains the maneuverability it needs to keep its guns aimed at the enemy, and a team of Veteran Gunnersprovides additional insurance that your powerful attacks will strike for maximum value. 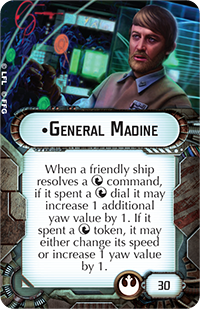 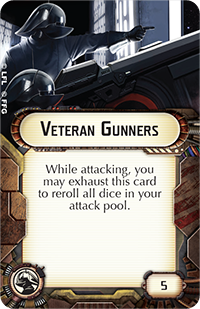 ~OK, break out your magnifying glasses and start trying to figure out what those other cards are. I wonder which Imperial Admiral is tucked in with the Interdictor.