Come check out these 5 cool board games currently on Kickstarter!

I’m back with another batch of promising Kickstarter campaigns looking to grab your attention and wallets. This week it’s all about board games, with five campaigns that will be ending within the next 3-5 days.

Plague Inc: The Board Game by Ndemic Creations 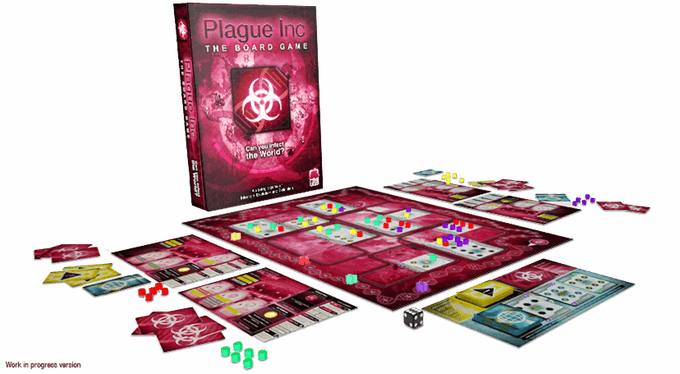 Plague Inc. is the latest board game adaptation of a popular video game that has taken to Kickstarter recently. Much like in the game’s source material, each player takes on the role of an ever-evolving virus, competing with the other players to become the first to wipe out humanity. Over the course of the game your virus will change and adapt, gaining horrific new symptoms and infection vectors as the world’s brightest minds try to develop new vaccines and protocols to prevent further outbreaks. A base copy of the game supports up to 4 players and will cost you $30. For only $6 more you can get the first expansion pack, which will bring the player count up to 5.

Sol: Last Days of a Star by Elephant Laboratories 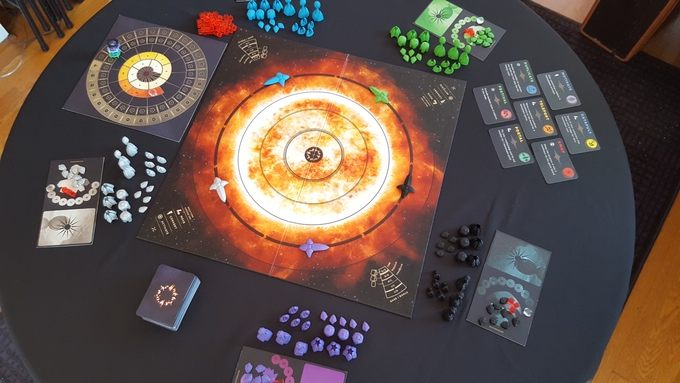 On the opposite end of the spectrum is Sol, a semi-cooperative board game for up to 5 players about saving humanity. The inhabitants of the solar system have lived in prosperity for centuries with the invention of a solar harvesting network that has provided limitless energy from the system’s star. Now, an incident has brought the star to the verge of collapse, and players must rebuild the core infrastructure of the solar harvesting platforms to harvest energy to fuel their Arks and leave the system. The catch is that by reconstructing the harvesting technology the players will also be accelerating the star’s collapse. While the players are competing to gather the resources they need to escape certain doom, their actions will also benefit each other, and you’ll need to build a strategy that benefits yourself more than your opponents. A copy of Sol will set you back $45.

Parsec – Age of Colonies by Parsec 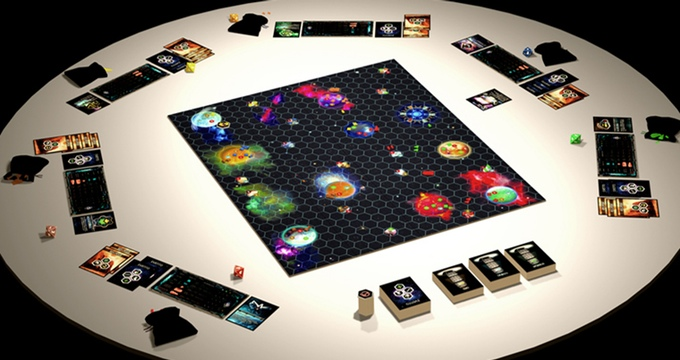 Another space-themed board game currently on Kickstarter is Parsec, a 4X-style strategy game. Players will choose one of several factions and begin expanding their intergalactic empire by colonizing planets, raising fleets, creating trade deals, and researching new technologies. The tech trees come in the form of cards that add a pseudo deck building element to the game. Everyone will also have to contend with potentially devastating cosmic events, many of which can become a benefit with the proper technology. The standard game supports 4 players and costs $79/€70, while the $108/€95 pledge includes all the pieces and cards required to up the player count to 6. The developers are planning a future expansion that adds support for 8 players sometime after the game hits retail. 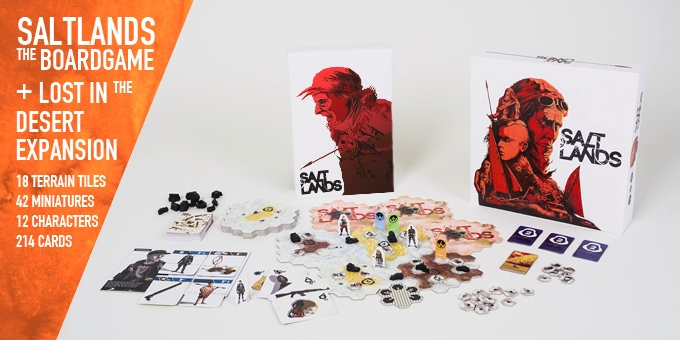 Now we leave space behind and enter the post-apocalyptic wastes of Saltlands. Heavily focused on vehicles, Saltlands is a survival game for up to 6 players where everyone is trying to outrun invading raiders and ultimately find a way to leave the barren wastes. The standard game mode is semi-cooperative, allowing players to aid each other occasionally while still being primarily focused on their own survival. Other modes include a fully co-op mode where everyone is trying to find a way to escape together, and a competitive mode where players can directly attack and hinder each other. You can get Saltlands for $48/€43, with a $66/ €59 pledge that includes the expansion pack. Big spenders might like the Collector’s Edition pledge for $280/€249, which comes in a signed metal case and upgrades all the miniatures to metal. 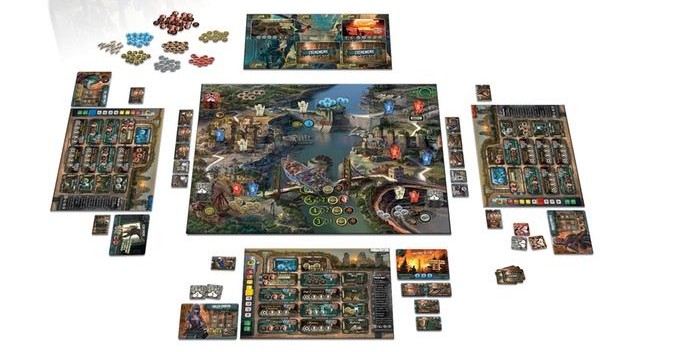 Finally we come to Outlive, the other post-apocalyptic survival board game in this list. While Saltlands had cooperative elements, Outlive is a purely competitive worker placement/resource management game for up to 4 players. During the day players will send out workers to travel around the board in search of food and supplies. At night, players will use the supplies gathered during the day to tend to their survivors’ needs and upgrade the underground fallout shelter they call home. Survival is merely a short term goal however, with the ultimate objective being to secure a spot on the mysterious Convoy, humanity’s last salvation. A standard copy with all the stretch goals costs $48/€42. The $90/€79 pledge is where things get crazy, as that level replaces all 326 tokens with 20mm plastic miniatures.

Did any of these Kickstarters catch your eye?