The Eldar get a new Warlord in the upcoming War Pack Expansion – Against the Great Enemy!

Jain Zar, Phoenix Lord of the Howling Banshees is making her debut in the next War Pack Expansion for Warhammer 40,000: Conquest – And she’s bringing the pain! 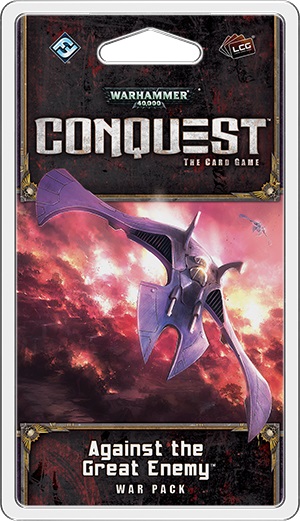 Against the Great Enemy is a new War Pack in the Death World cycle, and within this expansion, you’ll continue to find support for this cycle’s major themes. Additional Deep Strike cards enter the card pool, giving your units, attachments, and events new ways to arrive at the battlefield unseen by your foes. Elite units continue to become more effective and dangerous, even as a new Eldar warlord and her signature squad invite you to lead the Howling Banshees into the battle for Nectavus VI! 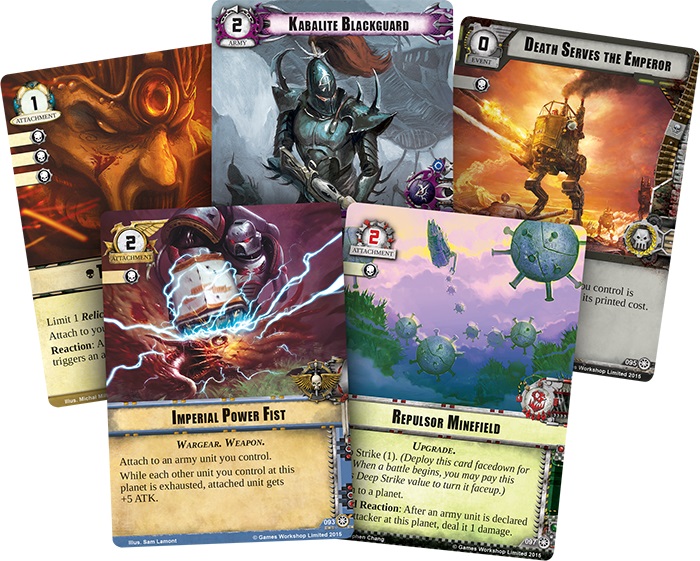 The Storm of Silence

With this War Pack, a new Eldar warlord joins the battles for the Traxis sector and gives you the opportunity to destroy your opponent’s plans before they can ever come to fruition. This warlord is none other than the Phoenix Lord of the Howling Banshees, Jain Zar (Against the Great Enemy, 87). 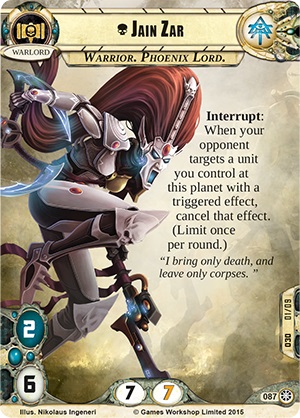 Jain Zar is a fearsome warrior, renowned throughout the Eldar craftsworlds for her speed, athleticism, and ruthless attacks. What’s more, the masks worn by Jain Zar and every Howling Banshee are designed to amplify their keening shrieks into brain-liquefying shockwaves. Even a glancing blow can cause paralysis, and Jain Zar is certainly adept at stopping her enemies’ tricks: once per round as an Interrupt, whenever you opponent targets a unit at Jain Zar’s planet with a triggered effect, you can cancel that effect for free! 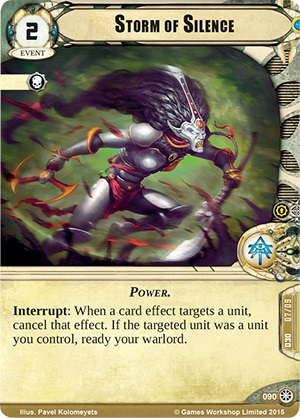 Of course, Jain Zar herself isn’t the only way to cancel your opponent’s effects within this objective set. Her name translates to “the storm of silence” in Low Gothic, and within her signature squad, you’ll find two copies of the event, Storm of Silence (Against the Great Enemy, 90). This event can be played whenever a card effect targets a unit to cancel that effect, and if the effect targeted one of your units, you can ready your warlord as well! Obviously, card effects that target units comprise a huge portion of the effects in a game of Warhammer 40,000: Conquest, so Storm of Silence should be useful in every game. Best of all, however, your opponent has no idea this effect is coming, so whether you’re canceling Chaplain Mavros (Wrath of the Crusaders, 93) or Awakening Cavern (The Great Devourer, 3), Storm of Silence can help ensure you get the upper hand. 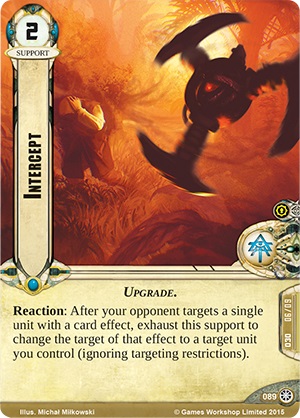 Alternatively, you may simply steal the benefit of your opponent’s effects with Intercept (Against the Great Enemy, 89). You can exhaust Intercept after your opponent targets a single unit with a card effect in order to change the target of that effect to any unit you control! Granted, your opponent will see that Intercept is on the table before he chooses to trigger one of these effects, which may prevent him from using his effect at all. Still, even if Intercept never triggers, if it keeps your opponent from using his card effects, it will have more than paid for itself. 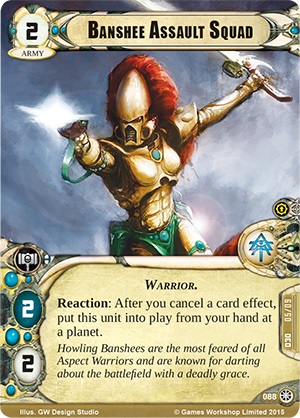 Jain Zar’s signature unit offers another way to capitalize on canceling your opponent’s effects—after you cancel any card effect, you can put the Banshee Assault Squad (Against the Great Enemy, 88) into play at any planet for free. With four copies of this unit in your deck, your enemy won’t just fear your canceling effects, he’ll have to watch out for your units suddenly appearing wherever they’ll serve you most. 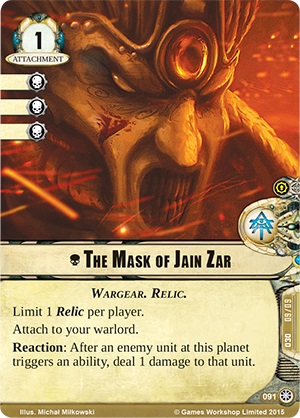 Finally, you can unleash the mind-breaking power of a Banshee Mask with The Mask of Jain Zar (Against the Great Enemy, 91). This Relic can only be attached to Jain Zar, and so long as it is attached, whenever an enemy unit at Jain Zar’s planet triggers an ability, you can deal a damage to that unit! You can even choose to cancel that effect with one of your other cards, and The Mask of Jain Zar still deals damage to the unit, helping you cut through your opponent’s forces and leave them bleeding out in your wake.

Fantasy Flight Games has even more tips & tricks for running the ultimate Howling Banshee in your deck so be sure to check out the full article right here. Keep an eye out for Against the Great Enemy to hit shelves in the third quarter of 2016! 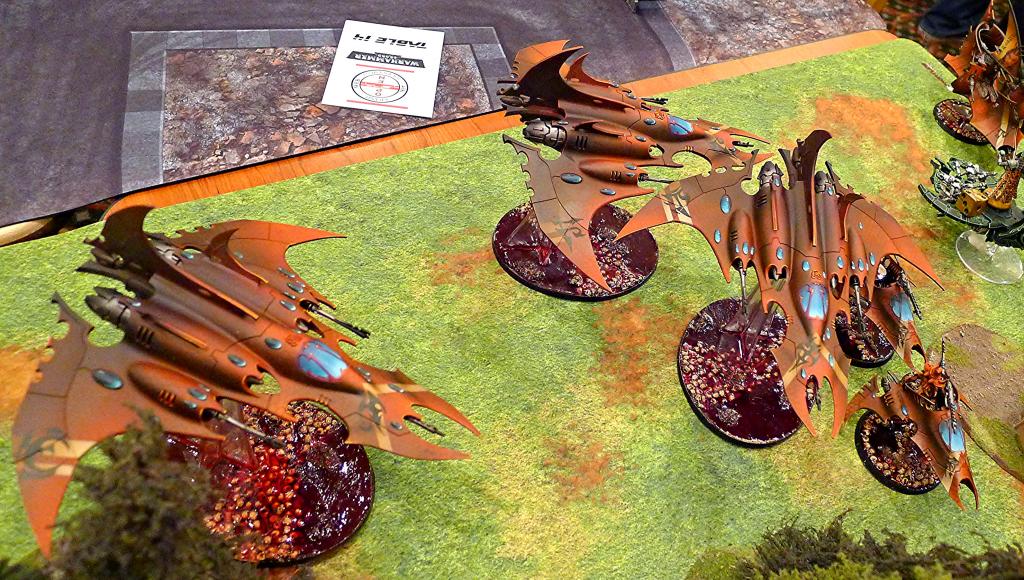