AoS REVIEW: Wardens of the Everqueen 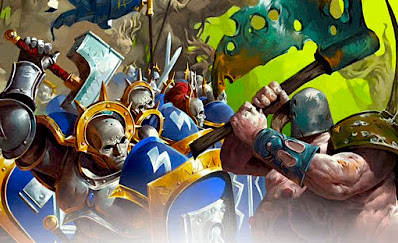 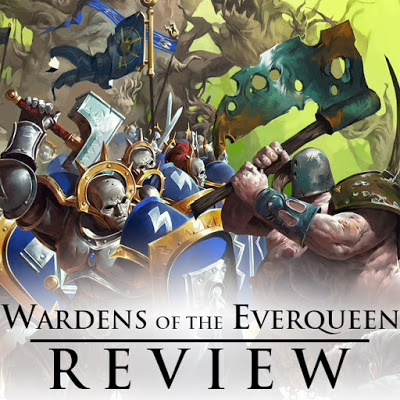 Wardens of the Everqueen follows the plight of Stormcast Eternals and Alarielle facing the minions of Nurgle. Is it worth your time?

Wardens of the Everqueen is the tie in novel to the Balance of Power campaign book and the first full length novel in the series. Every other book so far has been a collection of novellas. So how does this one fare?

This is the first novel in the Age of Sigmar series to be written by only one author and contains one story. It’s a little bit shorter then the rest, but not by a huge amount. It’s definitely the shortest book in the series so far though. The plot follows along with the narrative of the Hallowed Knights from the Balance of Power campaign book. We pick up pretty much right after the events of the Ghal Maraz book, with the forces of order fleeing from Nurgle across Ghyran. They have barely escaped Athelwyrd with their lives and that of the goddess Alarielle.

The first few chapters deal with the Stormcasts, now led by Lord-Castellant Grymm, as they flee along a magical route. There is some back and forth dialogue between the Stormcasts and the Slyvaneth and Alarielle, but a good chunk of this felt awkward and a little stilted to me. I still don’t have a good grasp of who Alarielle is at this point, as in what her motivations are. Some of this may be due to the inherent awkwardness of the Sylvaneth, since they don’t really know how to deal with the Stormcasts and vice versa. Once they exit the magical portal and are confronted by the forces of Nurgle the story really starts to pick up.

Trapped on the edge of a sea, they all think they are pretty much doomed with no way to escape Torglug’s horde. That’s when Alarielle calls upon the magic of Ghyran and summons a massive walking mountain towards her. It’s called a jotenburg, and it was one of my favorite bits from the campaign book, and still is in this novel. The walking mountain is extremely rare and heralds the start of winter in the realm of life. Unfortunately this one has been infected by Nurgle and is slowly dying. It wades out into the sea before crashing down, causing the whole sea to flash freeze. This of course allows the forces of order to make their escape across the ice to the far side of the sea. Unfortunately this also drains Alarielle of all of her power and she reverts to the form of a seed. The Lady of the Vines, Alarielle’s right hand general, now must carry and protect this seed so she can plant it in an ancient battlefield so that the Goddess can be reborn in a more warlike demeanor. I really love the high fantasy setting in use here, with the walking mountains, Sylvaneth, and frozen sea. It definitely reminds me of a classic fairy tale with a Games Workshop spin on it. 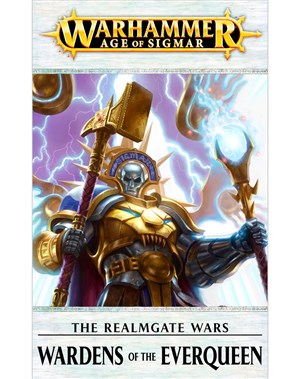 The whole middle of the book is one long running battle as they flee across the ice, constantly being harassed by the forces of chaos. I would say this takes up about two thirds of the novel. It’s well written and kept me engaged the whole time, just be prepared for a lot of action. I usually prefer a little more dialogue and non-action scenes in my books, especially with the Stormcast since they are so interesting, but I actually found this really enjoyable. It’s an action movie, just go into it with that in mind and you won’t be disappointed.

Torglug, the Nurgle warlord, gets a fair bit of screen time as well. At first I found the way his speaking parts were written to be kind of distracting, but after awhile I didn’t really notice it anymore. It definitely gives him a unique quality and makes him stand out from the rest of the Nurgle forces under his command. Out of all of the characters in this book I would say he got explored the most, with quite a few flash backs to his pre-Chaos life. This becomes important at the end of the novel and hopefully in future novels and stories. Besides him though I felt like the rest of the characters could have benefited from a bet more exploration. Grymm is a really important character from the Hallowed Knight, doubly so since Gardus is gone for the moment, and yet I still don’t really know who he is. He doesn’t stand out from the other Stormcast to me personality wise. I think all of the action in this is written very well like I said before, but a lot of the characters suffer from being a bit flat. 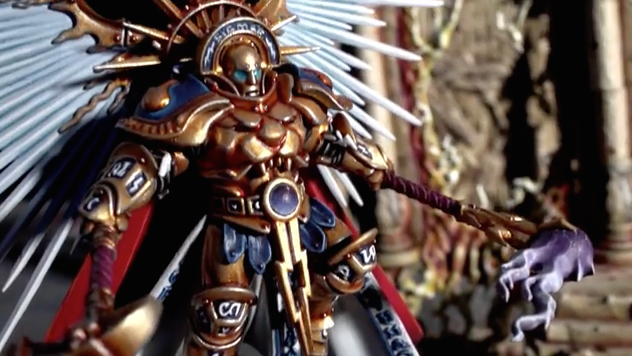 The ending is fairly climatic with a guest appearance from the Celestant-Prime who kicks just as much butt as you would expect him to. I did think it was odd that a rather important bit from the end of the campaign book that ties into this story was left out of the novel, but maybe they are saving that for later. I really hope the Hallowed Knights in Ghyran get some resolution to their story soon, or at least substantial reinforcements. Those poor Stormcast have been fighting and running from Chaos for three novels now.

Overall, Wardens of the Everqueen was an enjoyable read. It’s shorter than all of the other novels, but that benefits the quick pace and intense action that occupies the majority of the book. I wish certain characters had been given a bit more depth, as it led to me not really becoming invested in them or their plight at times. I still think this is worth the read though, especially if you are interested in the continuing story of the Age of Sigmar. This story is an important one and key to the evolving narrative.

Final Score – 3.5/5 (I wish there had been more depth to the characters, but the well written action scenes made up for it)