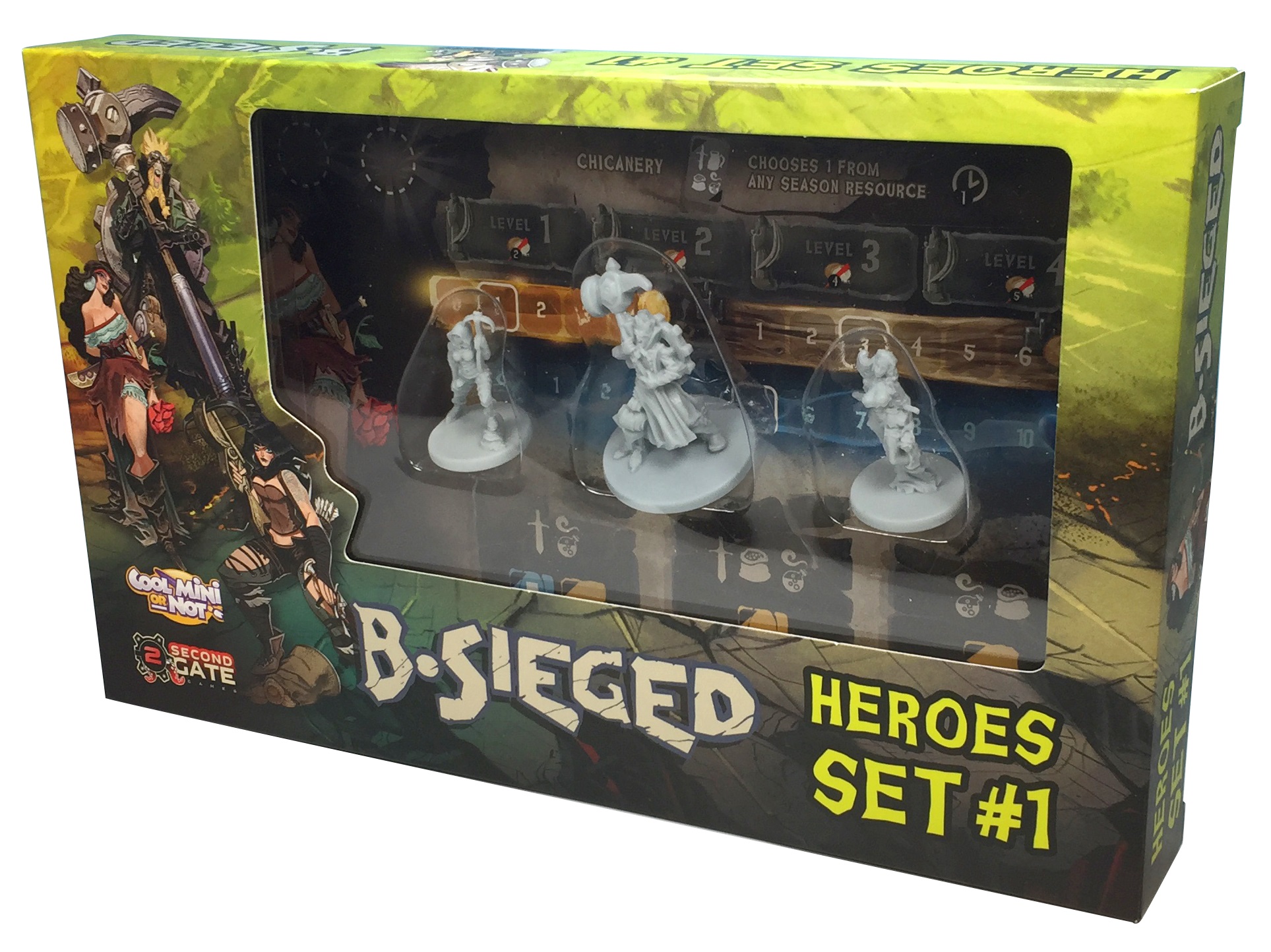 Cool Mini Or Not is back with more B-Sieged goodies – Hero Sets 1 & 2 are available!

CMON released both Heroes Set 1 & 2 for B-Sieged which is great news for anyone who’s picked up the game. B-Sieged is a Co-op Castle Defense game where the Players assume the roles of Heroes and fight off waves of baddies trying to take your stuff! Mostly. It’s a pretty fun game and these hero packs are a great way to add some variety to your games. Who doesn’t like MORE options for their heroes!?

To withstand the onslaught of the Abyss, the City of Modhelm needs more Heroes. Luckily, the new B-Sieged Heroes Sets 1 and 2 are now available at your friendly local game store. Each box set includes 3 new Heroes to join your fight.

B-Sieged Heroes Set 1 contains Eyra, The Thief; Axel, The Engineer; and Seren, The Trickster. Eyra allows players access to more resources and receives a bonus to range attacks made in Zone 2. Axel is your Hero if you want to improve your chances at the catapult, either moving or shooting. And Seren will help by letting you pick resources from any of the Season decks.

B-Sieged Heroes Set 2 contains Kaira, The Seer; Waldo, The Monk; and Rolf, The Executioner. Kaira lets you take a peek at upcoming resource cards, giving players a good advantage when choosing their actions. Waldo receives bonus Grace tokens, which is always a plus. And Rolf is granted bonus attacks when he successfully hits in Zone 1!

Both of the B-Sieged Heroes Sets are now available at your friendly local game store. Learn more about B-Sieged: Sons of the Abyss.

If you’re curious about B*Sieged we did an unboxing of the game:

And here is a gameplay demo from Cool Mini Or Not:

City of Modhelm Needs YOU!