Embrace Your Dark Side: Pathfinder – Scourge of the Godclaw 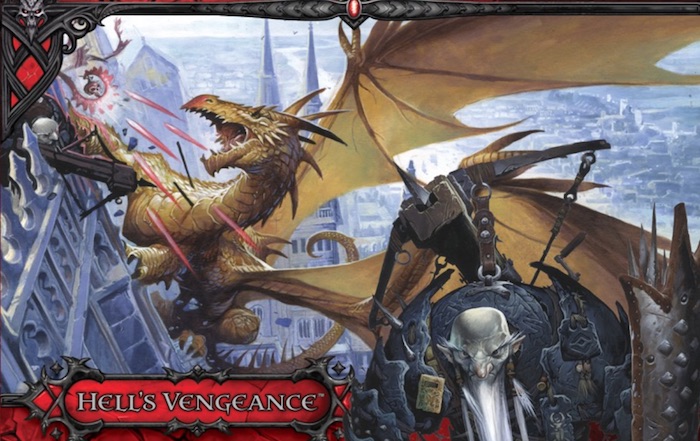 Paizo’s next chapter in the Hell’s Vengeance Adventure Pack is coming soon… Sometimes it’s good to be BAD!

In this 6 part series players take the roles of evil characters in the diabolical empire of Cheliax! 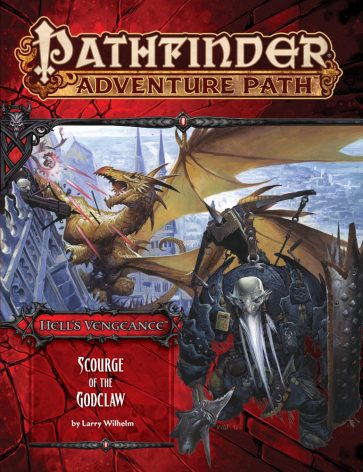 Now bound to Queen Abrogail by infernal contracts, the villainous adventurers are tasked with destroying the Glorious Reclamation’s headquarters in the former citadel of the Hellknight Order of the Godclaw, where they face a gold dragon ally of Iomedae herself! Only if they can survive the terrible onslaught of this fearsome foe and secure the citadel from the revolutionaries can the vile characters succeed at their quest—to perform an evil ritual, using the dragon’s head to craft a legendary weapon capable of defeating the Glorious Reclamation’s army of valorous knights once and for all.

Grab your party and get (evil) adventuring!