Ever wonder what the best selling items were from Forge World? Well check this list out!

With the aftermath of the Brexit settling in many fiscally savvy US gamers are eyeballing Forge World’s stock. If ever there was a time to order from Forge World, that time is now. Forge World actually put together a list of their “latest best selling books and models” so we thought we’d share them – Happy Bargain Hunting folks:

Imperial Armour: The Doom of Mymeara £50

Three massive Eldar war hosts attack the Imperial world of Betalis III. Their reason cannot be known but they must be stopped. Arrayed against them are the Cadian 6th Armoured Regiment of the Astra Militarum, Bran Redmaw’s Great Company of Space Wolves and Titans of the Legio Gryphonicus.

The Eldar may live to regret their incursion.

This new, fully updated edition of Imperial Armour: The Doom of Mymeara contains detailed background on the war fought on Betalis III and its protagonists. It includes rules for Eldar characters, vehicles, flyers, colossal Eldar Titans and wraith constructs, and the Shadow Spectres Aspect Warriors. 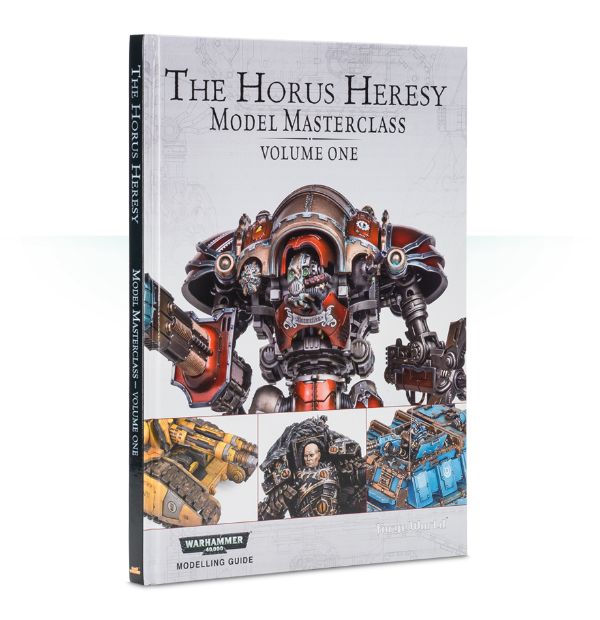 The Horus Heresy: Model Masterclass Volume One is full of advanced painting and modelling techniques to help you get more from your models.

Whether you are building and painting a centrepiece model for your army or constructing a detailed diorama for display, this book is packed with innovative techniques. Included within are articles and galleries showcasing squads, vehicles, Knights and Primarchs that fought during the Horus Heresy, as well as guides on how to build wargaming scenery and terrain based on the battles of the 31st Millennium. 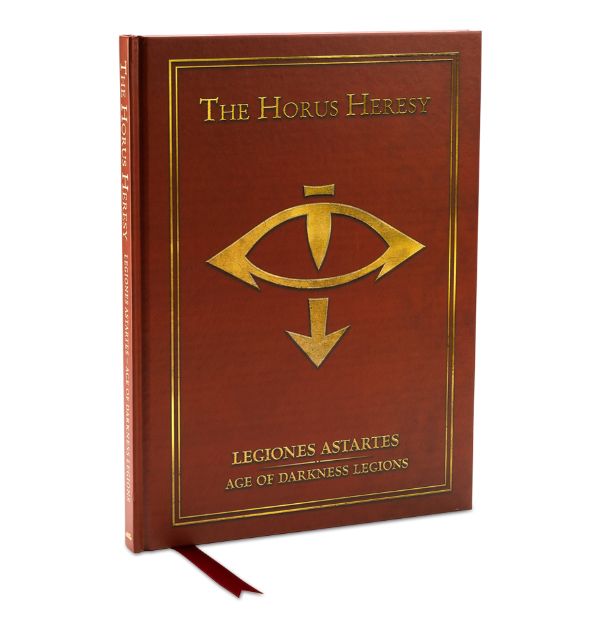 Included in the book are specific rules, units and special characters – including the Mighty Primarchs – for the; Alpha Legion; Death Guard; Emperor’s Children; Imperial Fists; Iron Hands; Iron Warriors; Night Lords; Raven Guard; Salamanders; Sons of Horus; Ultramarines; Word Bearers; and World Eaters all drawn together for ease of reference whether you are preparing for or playing a game of Warhammer 40,000, or planning the next addition to your collection. 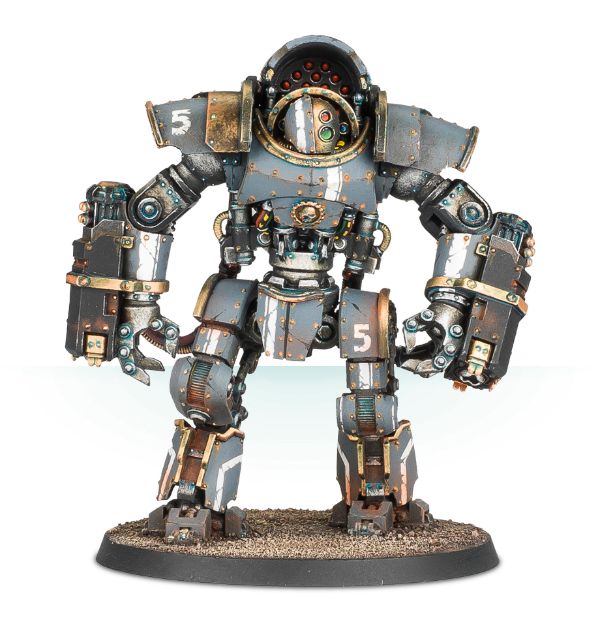 To this end the Domitar’s shock-protected and armoured frame was itself a weapon, while its blows were amplified to colossal proportions by the Battle-automata’s inbuilt gravitational hammers, allowing it to pulverise battle tanks and, as it would later prove, even Legiones Astartes Dreadnoughts in combat. As a line-breaker, the Domitar was unparalleled in the Mechanicum’s arsenal, and its tactical flexibility was further augmented with a missile launcher armed with a variety of munitions. 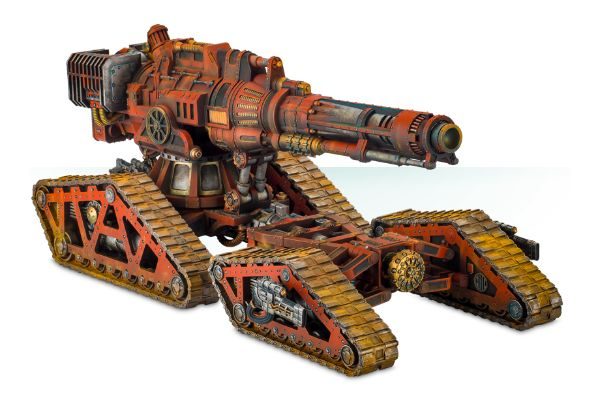 The Mechanicum Ordinatus Sagittar is a massively destructive war engine, as rare as it is potent. Similar in design to the Ordinatus Ulator, the Sagittar differs in its primary weapon being a Volcano Cannon of prodigious power. 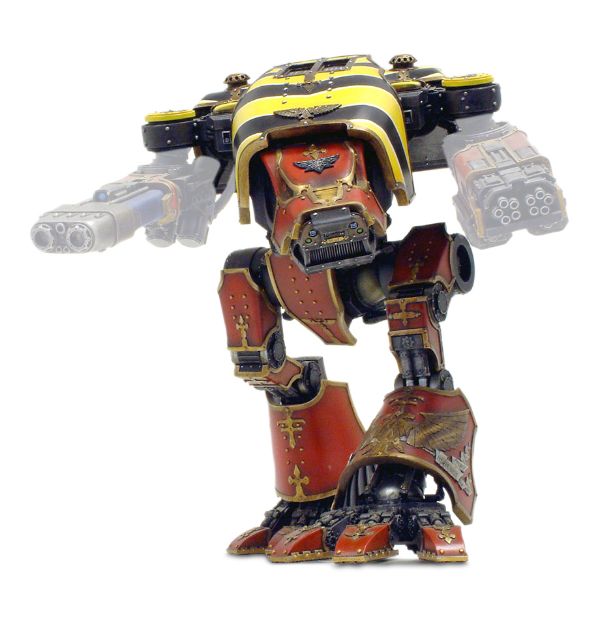 A extremely detailed model of the Mars Pattern Warhound Titan. This model stands approximately 250mm/10.5 inches high depending on how the legs are constructed.

Rules for this model and it’s associated weapons can be found in the Games Workshop Apocalypse rulebook.

Created in limited numbers in the latter days of the Great Crusade, the Leviathan pattern Siege Dreadnought was developed in secret on Terra, away from the pervasive oculars of the Mechanicum. Its massive frame incorporates hybridised technologies, some dating back into the dim past of humanity. Towering over later Imperial walker patterns, this heavily armoured dreadnought is savagely powerful.

This Leviathan pattern Siege Dreadnought is equipped with a Storm Cannon and Grav-flux bombard, powerful and esoteric short ranged weaponry uniquely developed for the Leviathan. 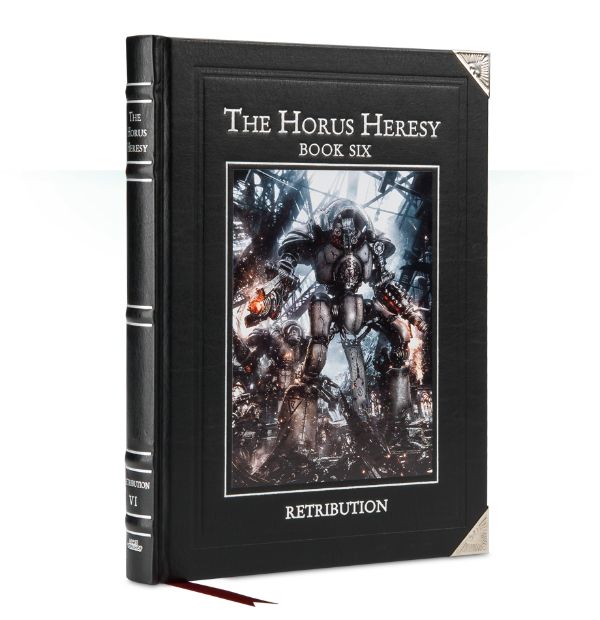 The Horus Heresy Book Six – Retribution continues the unfolding saga of the Horus Heresy. As the fires of total war consume entire worlds and whole Legions clash, away from the front lines the Knights-Errant are abroad too, penetrating the warp storms that afflict the entire galaxy as they carry out a mission bestowed upon them by the very highest authority on distant Terra. The Shattered Legions pursue bloody vengeance against the hated Traitors, who in turn seek to hunt the Loyalist survivors down no matter where they might seek refuge. Blackshields – orphaned or outcast Legiones Astartes who have renounced their Legions and obscured their heraldry – harbour their own objectives, alone in the darkness, sometimes aligned with the Traitor cause, sometimes the Loyalist, but just as often for their own unknowable ends.

This book explores the unseen Shadow Wars that raged across the entire galaxy as betrayed Legiones Astartes mounted bitter campaigns against their former brothers, determined that if death was to be their fate, their betrayers would share it. This tale is told across five chapters, describing five very different Shadow Wars of the Age of Darkness. Also included are a detailed campaign system and a set of special Shadow Wars missions, enabling players to undertake their own series of linked battles fought between the types of forces explored throughout the book. 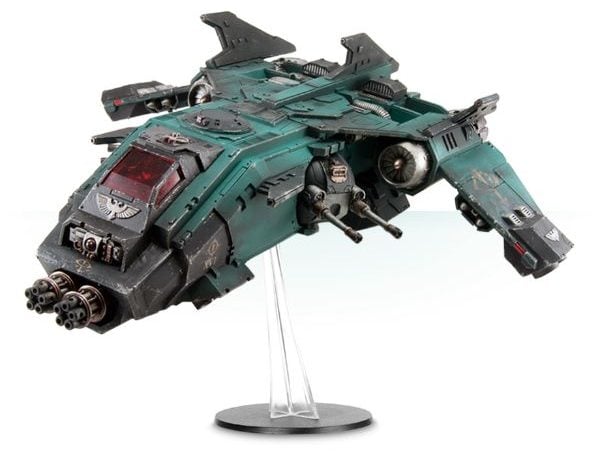 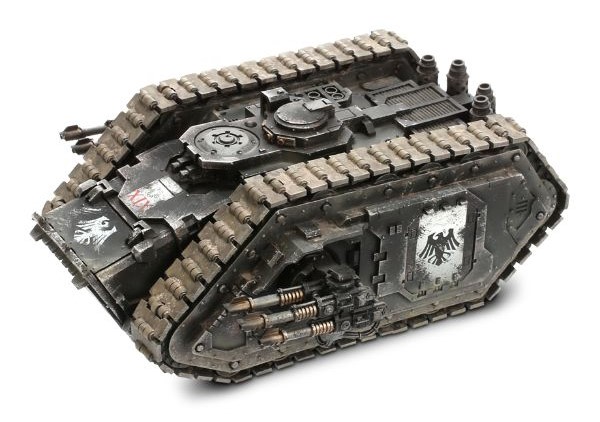 Any of these books or models in your “to buy” list – because they suddenly became a lot more affordable!