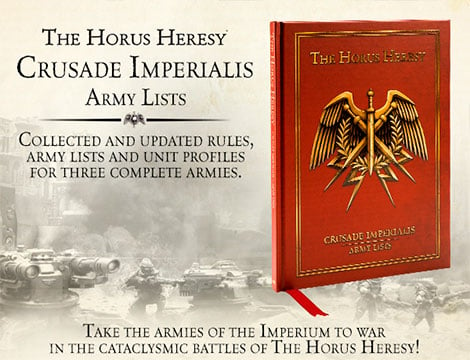 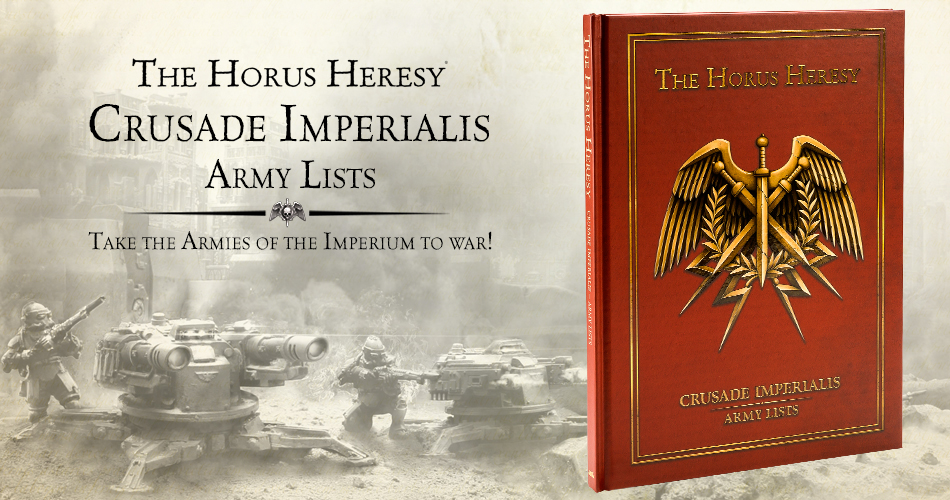 Horus Heresy Crusade Armies are ready to take the field – Check out the latest release from Forge World!

Calling all Tread-heads and Imperial Guardsmen: Were you feeling left out of the Horus Heresy? Well now it’s you’re time to shine! Forge World now has pre-orders up for the book that is all things Solar Auxilia during the Horus Heresy. Traitor or Loyalist it doesn’t matter – this book has rules for playing on both sides of the conflict: 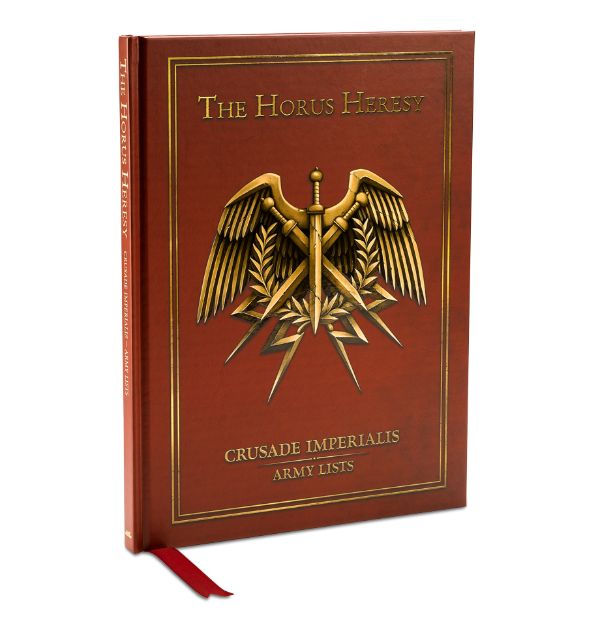 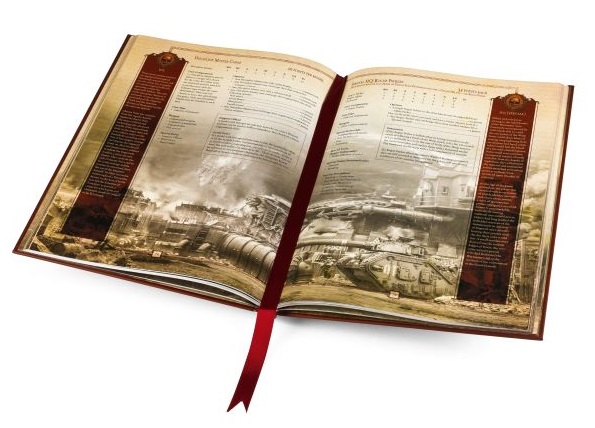 In this 132 page hard back book you’ll find the unit profiles, characters and special rules for these three armies originally published in The Horus Heresy Book Four: Conquest, and Book Five: Tempest, each fully revised and updated. You will also find the Battles in the Age of Darkness expansion rules, allowing you to play games of Warhammer 40,000 set in the cataclysmic battles of The Horus Heresy. 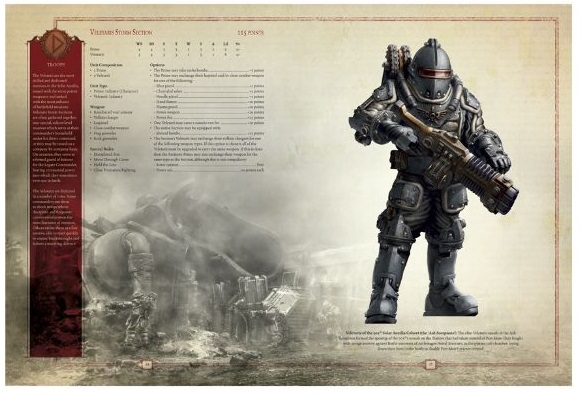 With this book you can field the elite troops of the Imperial Army, second only to the Legiones Astartes themselves, The Solar Auxilia; the towering war machines of the Questoris Knights, each of which can also be added to other Loyalist or Traitor armies as Lords of War; and the endlessly varied armies of the Imperialis Militia and Cults, whose versatile Provenances of War rules can be combined to create countless armies – from a cyber-augmented warrior elite with advanced training and technology, to a feral mutant horde marked by the warp itself. 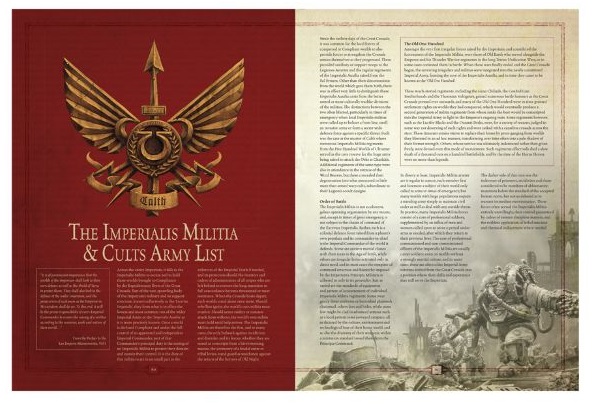 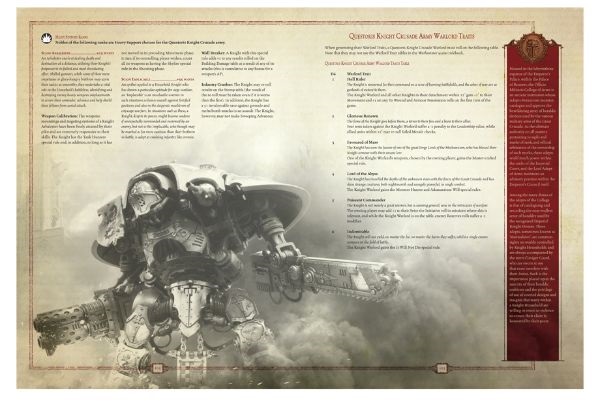 This product is also available in digital editions designed for tablets and iPads. Find out more on blacklibrary.com.

Personally, I really like these “Red Book” Army Lists collections for the Horus Heresy. They are still really high quality and look great but have the price tag that’s closer to a “codex” than one of the fancy “Black Books” for the Heresy Era. So if you’re looking for Solar Auxilia, Questoris Knights, or the Imperialis Miliia & Cults Army Liists then this is the book for you. Not every hero of the Horus Heresy wore Power Armor!

Fresh Meat for the GRINDER – Only in death does duty end…