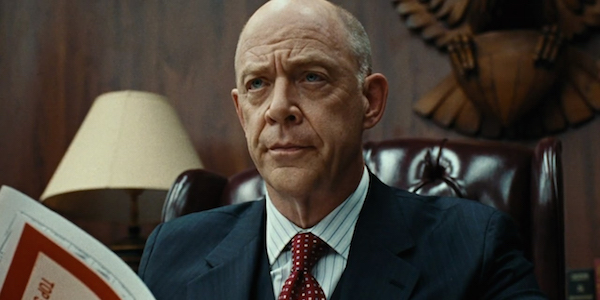 Just a reminder: J.K. Simmons can still kick your ass.

Trainer Aaron Williamson has helped Dwayne Johnson and Josh Brolin get in shape for film roles. He recently shared a few photos of J.K. Simmons preparing for his turn in Commissioner Gordon’s shoes on his Instagram. Simmons hasn’t ever really been a small guy, but… he’s certainly put on muscle for his DC debut.

Saturday morning, 61 years old & making the young generation jealous. This is what dedication looks like. #JKSimmons

After a couple of weeks of dedicated work… the Commissioner is ripped!

Every time we train together I forget he's 61 years old. So much respect for this guy. #JKSimmons #OldManCranking

So… what the heck do they have planned for Gordon?