Geekery: The Best of the Best Warcraft Reviews 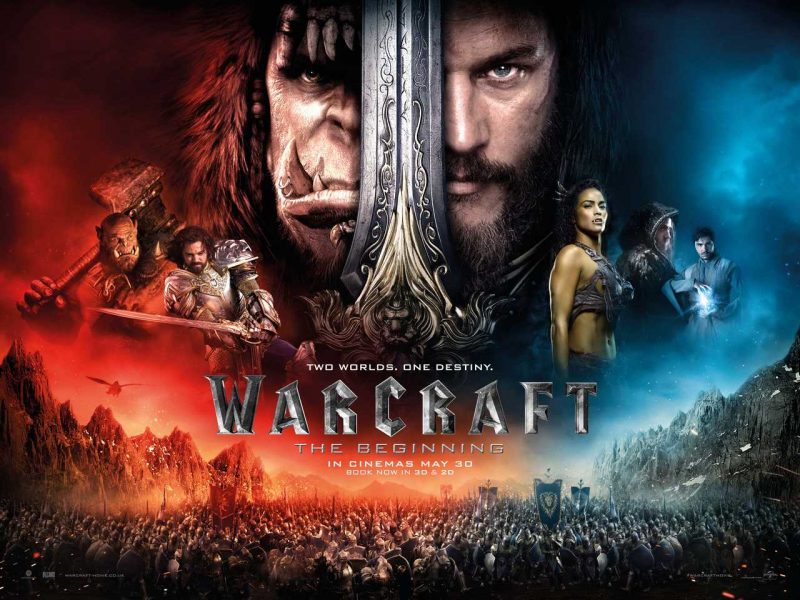 Critics don’t like this movie. Here are the best quips, snark, and snipes in reviews thus far…

David Ehrlich of IndieWire (you really should read all of this one):

Warcraft’ Is The ‘Battlefield Earth’ Of The 21st Century… 10 years and several directors after it was first announced, “Warcraft” is finally here, and not only does it fail to bridge the gap between movies and video games, it self-immolates and swan-dives into the void, illuminating a dark rift that’s even deeper than it is wide. A grotesque, funhouse reflection of modern blockbuster cinema, the film is truly a staggering failure, and there’s no joy to be found in its profound awfulness.

[…] Presented in garish 3D so vivid that viewers can practically feel the movie losing money in real time, “Warcraft” unfolds as though a Dungeon Master were narrating a very expensive episode of “Drunk History.”

[…] The usually reliable [Ben] Foster is reduced to gadding about like a prog-rock Jesus in a series of robes that make him look like he’s posing for the side of someone’s van, and poor Paula Patton gets saddled with a sad pair of novelty-store fangs.

[…] Warcraft promises, or threatens, sequels, but then so did ‘Super Mario Bros.’ And come to think of it, if forced to watch either of these video-game movies a second time, I’d probably vote for the plumbers.

Ryan Gilbey of The New Statesman:

What’s the opposite of eye catching? Whatever it is, that’s the new Warcraft film. With the cheapest looking CGI and crummiest stets ever to have reached the screen…

To watch Warcraft is never to be transported, but to wade through a thick morass of mythology, exposition, gaudy light-show effects, half-assed character development, and formulaic franchise groundwork.

[…] Yet to snidely dismiss all of this as the soulless epitome of “video-game cinema” would be to insult not just video games, but also the more relentlessly disposable entertainments that usually earn that description: For all its swinging swords and mallets, Warcraft is less an action movie than a dour medieval soap opera built from the spare parts of older, better fantasies.

… that kind of visual insanity—plus a few crazy battle sequences—are the things that make Warcraft almost worth watching, if you still find yourself at loose ends after you’ve given the dog a bath, organized 10 years’ worth of tax returns and completely moth-proofed your closet.

All of that aside: the movie has picked up $90 million in China already – so it’s going to be just fine financially and there will probably be another one in 2 years.

Do you think we’ll ever get a live action movie based on a video game that doesn’t suck?