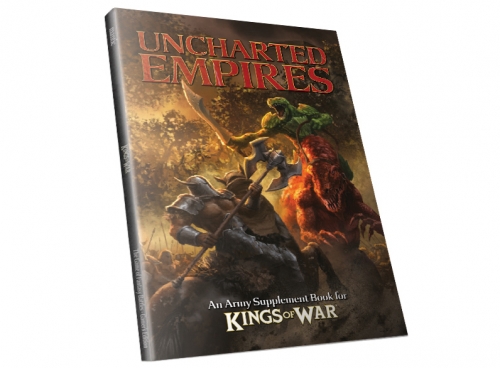 We’ve got a sneak peak of the new force from Uncharted Empires  – and they look fantastic! 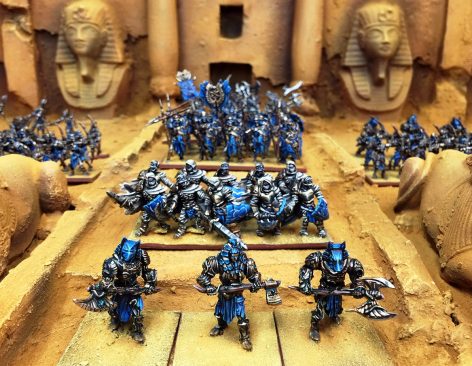 The Empire of Dust rose out of the ruined empire of Ophidia. The Ahmunites started raising the dead for slaves – against the will of the deceased families. The practice of necromancy caught up with them; bringing plagues, famine, and destruction. Instead of trying to regain their civilization from this obsession with death, they plunged headlong into it. The empire spiraled into darkness… and rose as shattered and hate filled empire of dust.

Don’t have a copy of Uncharted Empires? This is what you’re missing out on…

The heat shimmer that ripples above the parched earth does little to mask the horrors that lie assembled before you. You must focus on the task ahead. No plan survives contact with the enemy and the army you face is a howling, ravening horde of death that will test you to the limit. Today will be recorded in history but only one side will write it. Do you have the skill and courage to ensure it is you? Go. The time for war is now!

Welcome to Uncharted Empires, an Army Supplement book for Kings of War, the massed combat tabletop fantasy game set in the magical realm of Mantica. In this book, you are going to find:

Are adding this army to your KoW collection?