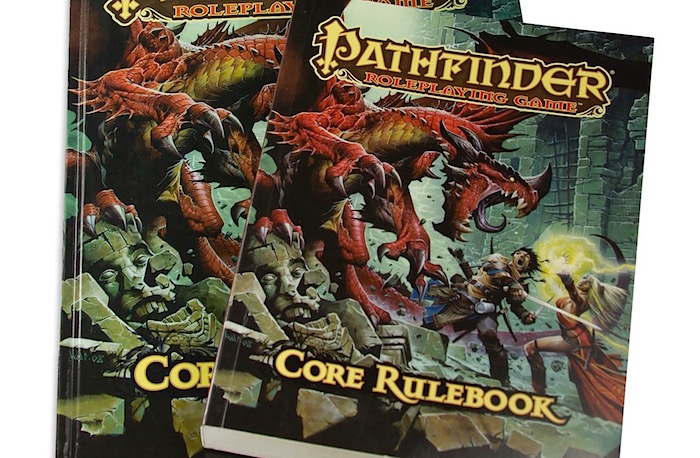 The Pathfinder Roleplaying Game puts you in the role of a brave adventurer fighting to survive in a world beset by magic and evil… and starting in August you don’t have to own a bag of holding to carry the rulebook.

Paizo showed off the new, smaller (8.4″ x 6.5″) paperback edition at Origins over the weekend. It’s the core rules players have come to know and enjoy, just in a smaller package… and with a smaller price.

The Pathfinder Roleplaying Game puts you in the role of a brave adventurer fighting to survive in a world beset by magic and evil. Will you cut your way through monster-filled ruins and cities rife with political intrigue to emerge as a famous hero laden with fabulous treasure, or will you fall victim to treacherous traps and fiendish monsters in a forgotten dungeon? Your fate is yours to decide with this giant Core Rulebook that provides everything a player needs to set out on a life of adventure and excitement!

This imaginative tabletop game builds upon more than 10 years of system development and an open playtest involving more than 50,000 gamers to create a cutting-edge RPG experience that brings the all-time best-selling set of fantasy rules into the new millennium. 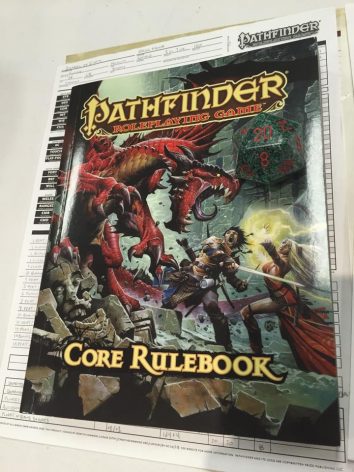 A look at the inside compared to the full size hardback… 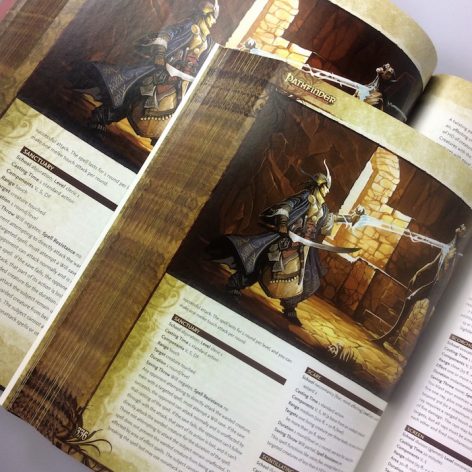 Pre-order is expected to appear next month, and it’ll be available to purchase at GenCon.

In some cases smaller is better… don’t you agree?