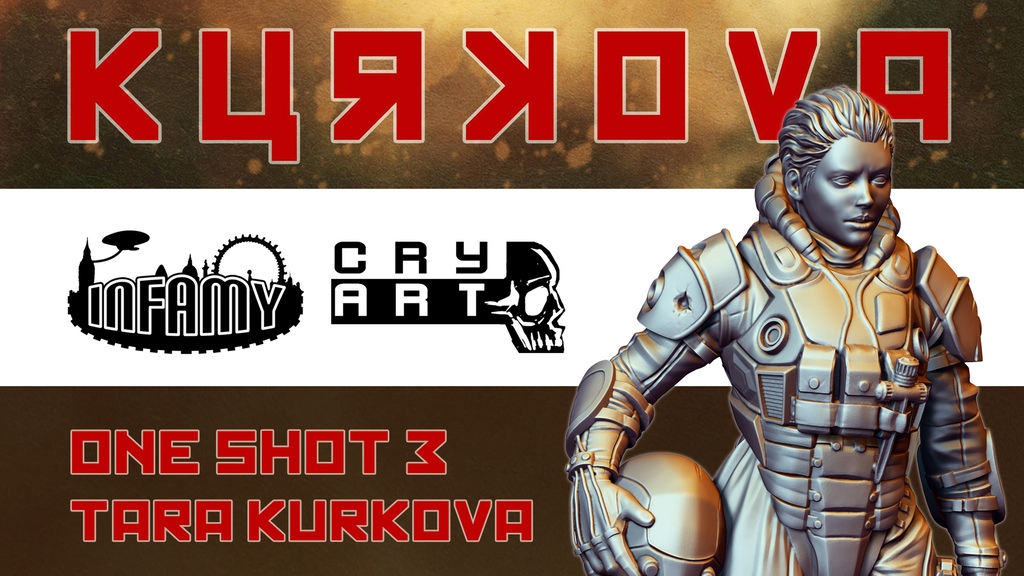 I’m back with another round of five board games currently on Kickstarter, but before I begin I’d like to highlight another mini-campaign.

This time we have Captain Tara Kurkova, a 54mm resin sci-fi miniature from Infamy Miniatures. This is their third “One Shot” campaign, which seek to offer high quality limited run miniatures and busts for collectors. Infamy only plans to make around 400 of these models, so this campaign will probably be your only chance to get one. You can buy Captain Tara Kurkova for $29/£20. There is a combo pack that includes an alternate Tara in an action pose for $50/£35, and for $128/£90 you can get a bundle including some of Infamy’s past limited edition miniatures and busts. 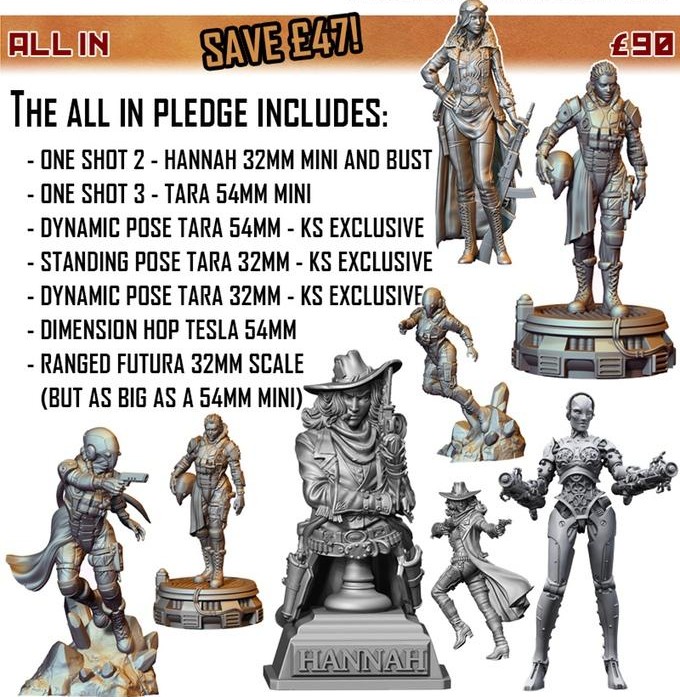 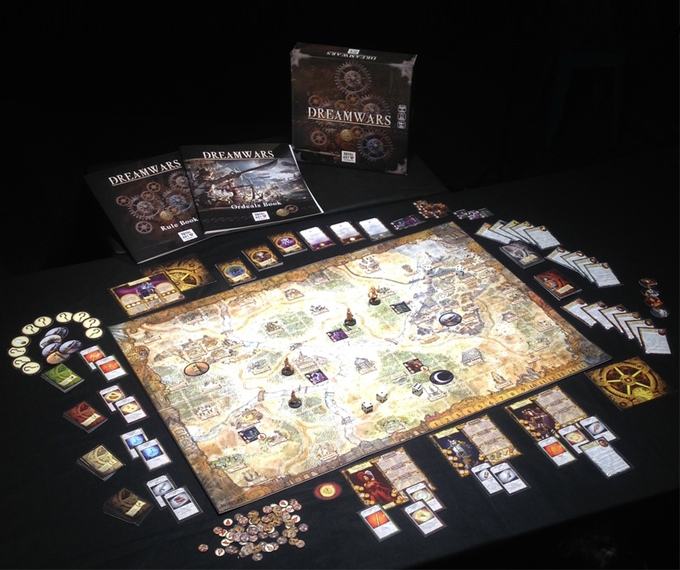 Dreamwars is a cooperative adventure game for up to 8 players, set in a fantasy world featuring elements of steampunk and horror. The game promises to offer gamers a ton of replayability, with 8 playable heroes and 9 Ordeals. Each of these Ordeals is a branching campaign with multiple potential outcomes based on what happened during the game. Adding to the adventure are various quests and random events that can spring up during play, meaning that you can have a unique experience even when replaying scenarios. A basic copy of Dreamwars will cost you €69/$77, with a deluxe edition crammed full of even more content and Kickstarter exclusives for €135/$150. 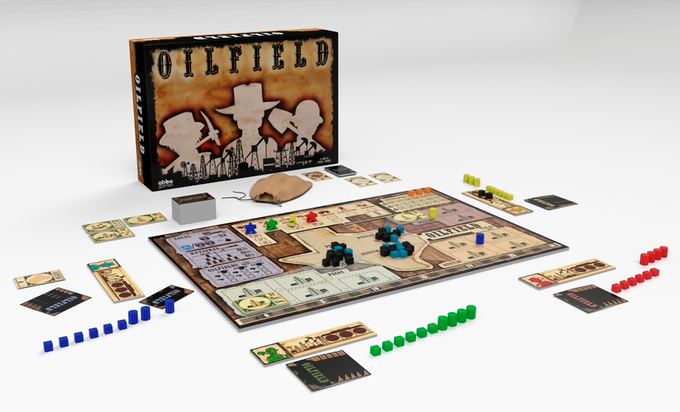 Oilfield is a Euro-style strategy game of worker placement and resource management for up to 5 players. Set in 1933, players take on the role of oil barons trying to stake their claim in the rich Texas oil fields of Dallas, Austin, and Pecos. You’ll need to buy land, build facilities, extract oil and natural gas, and earn as much money as you can selling your resources on the local and national markets. You can buy a copy of the base game with all unlocked stretch goals for €35/$39.

Catacombs & Castles is a standalone expansion for the Catacombs board game that was successfully Kickstarted back in 2014. This new game brings back a lot of mechanics from the original, including its dexterity-focused movement and attack system. Heroes and monsters come in the form of discs that are flicked around the board to move and attack, with melee attacks requiring you to flick the hero directly into enemies and ranged attacks summoning arrow or fireball discs that you shoot from a distance. Catacombs & Castles can be played with up to 6 players competitively, or 4 in co-op mode. You can buy Catacombs & Castles for $45/$59CAD by itself, with several higher pledge levels that allow you to get the expansion packs or a bundle deal that includes the original Catacombs. 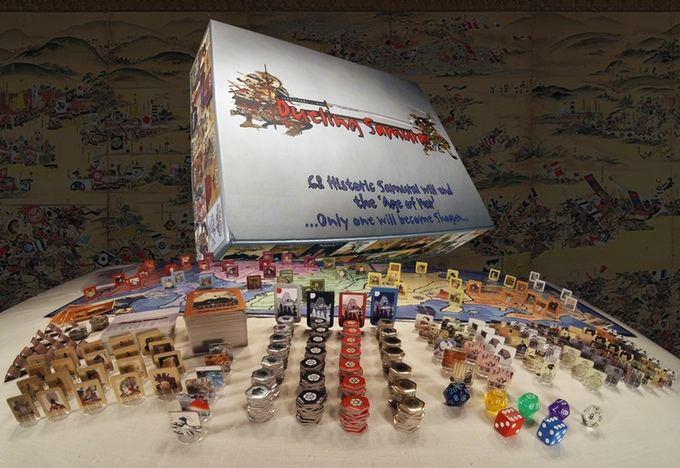 Dueling Samurai is a strategy board game for up to 4 players set in Feudal Japan. Players will need to use a mix of diplomacy and military might if they wish to bring an end to the Sengoku period and unite Japan under their rule. The game is heavily inspired by historical events, and allows you to incorporate 68 famous warlords into your army. The developer even built the game intending to use it as an engaging teaching tool for high school students. This particular version of the game will only be available through Kickstarter, and includes a number of components that will not be in the eventual retail release. The game’s estimated retail release will be around $110, but you can grab a copy for $66/$98NZD during this campaign. 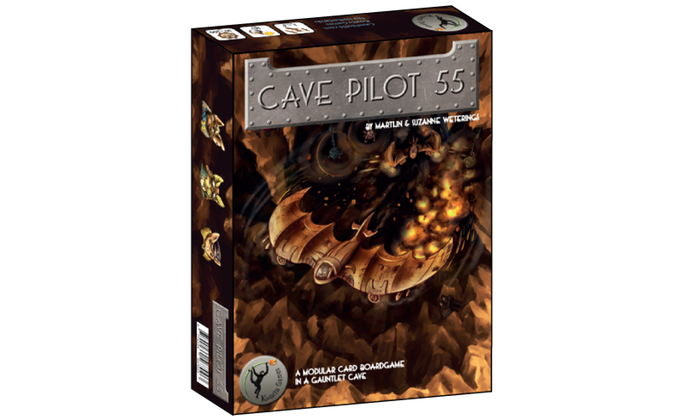 Finally we come to Cave Pilot 55, a competitive board game for up to 4 players inspired by classic side-scrolling arcade shooters. Each player pilots a fighter jet through a dangerous cavern full of traps and monsters. Players will build the cave as they fly forward, trying to be the first to reach the exit with the most renown points. Along the way you’ll earn money for completing challenges that can be spent on upgrades for your ship. Game length is highly customizable, allowing rounds to be as short or long as you want. The full game and all stretch goals can be yours for only $31/€28.

Which board games on this list do you think look fun?