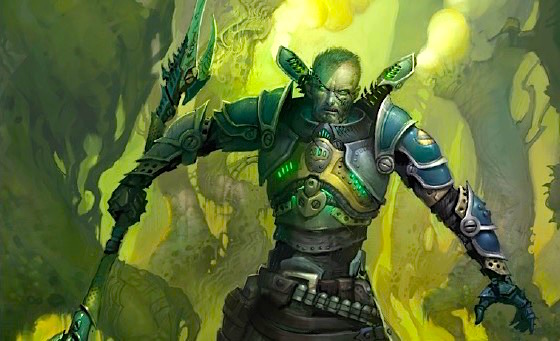 Sturgis got some model updates for both versions of him.  Lets take a look at what makes him tick in V3 for the undead dragon father.

The first cross-faction warcaster, both Sturgis have a similar flavor to them just one is more buff oriented with snipe and arcane shield and the other more debuff with parasite and dark shroud.

Abilities for Cryx Sturgis the Corrupted

The cryx Sturgis is much better at killing things on his own.

Chain Attack Dark Shroud: Much more fun than flash in my opinion. Although you lose out 4 damage on the first two swings it gives you the ability to buy a few more after wards and put some real hurt on stuff with effective pow 18 weapons.

Reversal: at defense 16 your opponents can miss and that stalker that just charged in and whiffed is now smack on his butt wondering what went wrong.

Snap Strike: Double the attacks for the focus. 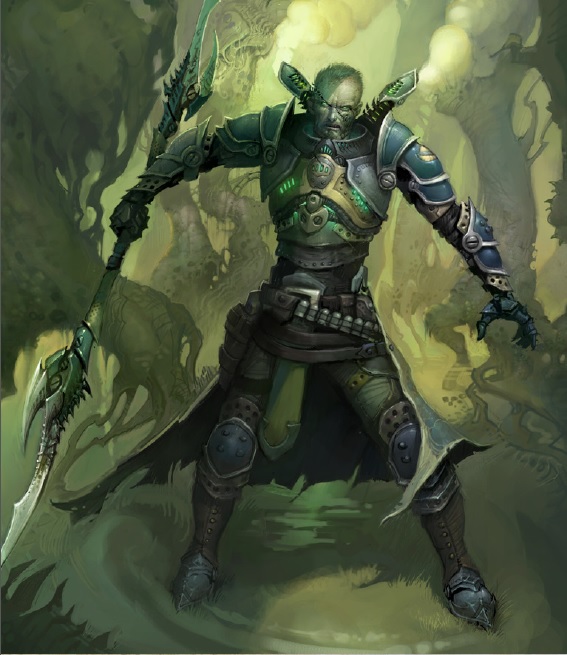 Blood Rain: Didn’t even know he had this spell on his card for as many times as I have used it or seen it used. I guess if they have a nice clump of single wound high arm infantry it could be useful.

Convection: Just a bad spell, focus in efficient spend 2 to get 1 never been a fan of this on any caster.

Occultation: This is a great spell, the only challenge I have with it is do I want to have parasite out or do I want to be invisible. I enjoy using it with bane riders and who doesn’t love a stealth arch node to push parasite through.

Parasite: A nice armor swing lowering theirs by 3 and increasing yours although the increase usually doesn’t carry over to your turn, because whatever you cast it on is probably dead.

Teleport: This spell is better on this version of Sturgis in my opinion if you have occultation on him he can pop up murder something then retreat to total safety against some lists and armies.

Same as Commander Sturgis pushes everything forward. I find it useful for increasing threat in his army he can charge forward feat and pop back with teleport allowing everything to come closer for his army to kill. With stealth you hope you can put him in a position so that bringing them all closer to you doesn’t cost you the game.

~Have you played with either Sturgis? in V3  Please share your comments below!