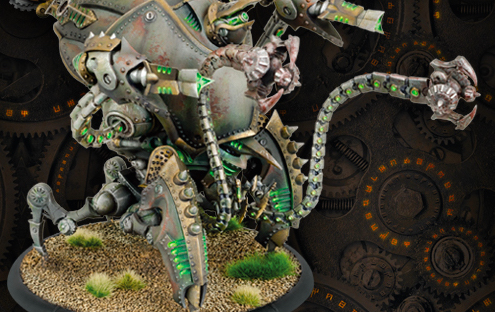 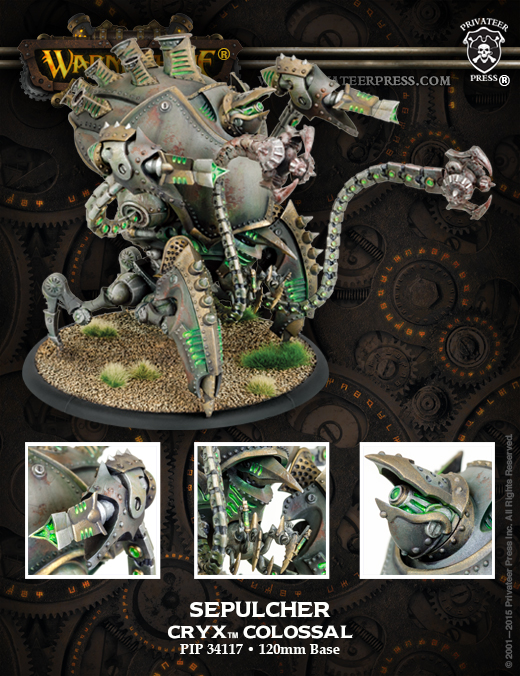 The dead have a big new toy. The Cryx 2nd colossal, the Sepulcher is here and it is taking names (and corpses)!

The brand new colossal for Cryx is finally here. Today we are going to take a look at this bad ass model’s abilities in the new edition. Ready to see the unending wave of mechanithralls overtake your enemies. This bad boy can shoot like a stormwall and poop out mechanithralls to your heart’s desire.

The Sepulcher has very similar stats to the Kraken since they are made of the same chassis. It retains the SPD5 MAT6 RAT5 and ARM19 of it’s predecessor. These are more then adequate though for this colossal in a faction full of buffs and debuffs. I think I would love RAT6 but, 3 years of play testing right? HAHA 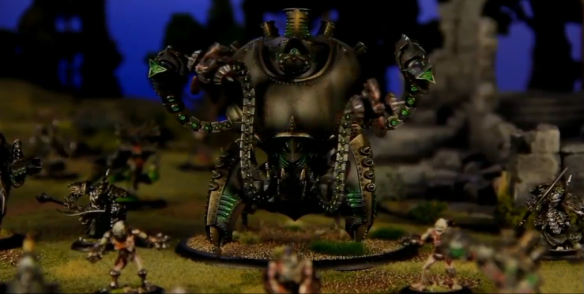 The guns are the big difference between the Kraken and the Sepulcher. While the Kraken has a longer range and higher POW main gun it’s smaller gun,the flayer, has got nothing on the double impalers the Sepuchler is sporting.
The main gun on the Sepulcher is range 13″ AoE 4″ and POW13. Not the greatest heavy killer but, it has a rather dirty special rule. Critical Paralysis on the whole AoE 4″ means HORDES beast and warnouns alike are scared to be under that template. A critical paralysis touching a warcaster or warlock could easily win the game since it neuters the defense of living models.
The real power of the Sepulcher is it’s little guns the impalers. Each impaler shoots d3 shots and has the old spiker rule of being +1 POW vs medium base and +2 POW vs large or huge bases. Meaning heavies don’t want to be anywhere near this thing when it shoots. Some high rolls could easily cripple or kill a heavy.
2 Open fist that are base POW19 and have 4″ melee range. They also ignore shields/bucklers/ and shield wall. Not to many models want to be in melee range with the Sepulcher! 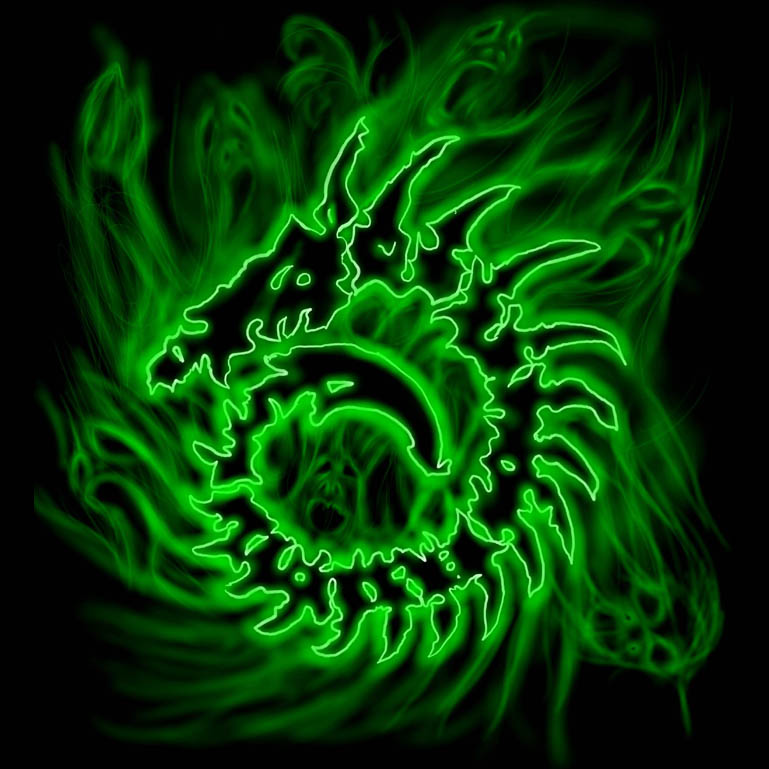 Casters that Want the Sepulcher?

If you are not already investing in a bunch of arc nodes, not uncommon for Cryx, then the Sepulcher might be a good fit.

Deneghra1 loves this thing. It is a shooting powerhouse almost as dirty as the stormwall. If you live the dream Denny1 could make a Heavy -5 armor and the the Sepulcher will being doing straight dice or more at ranged!

Goreshade3 the Lord of Ruin has some great synergy with his feat freezing stuff for the Sepulcher to rull up and eat it. Combined with the Infernal Machine buff the Sepulcher will have no trouble clearing out the trash.

Venethrax and Terminal Velocity is great for the Sepulcher when fighting against HORDES. Also his feat could keep the heavy warbeast too full of fury to retaliate.

~What do you think BoLS? Is the Sepulcher part of your domination plans?