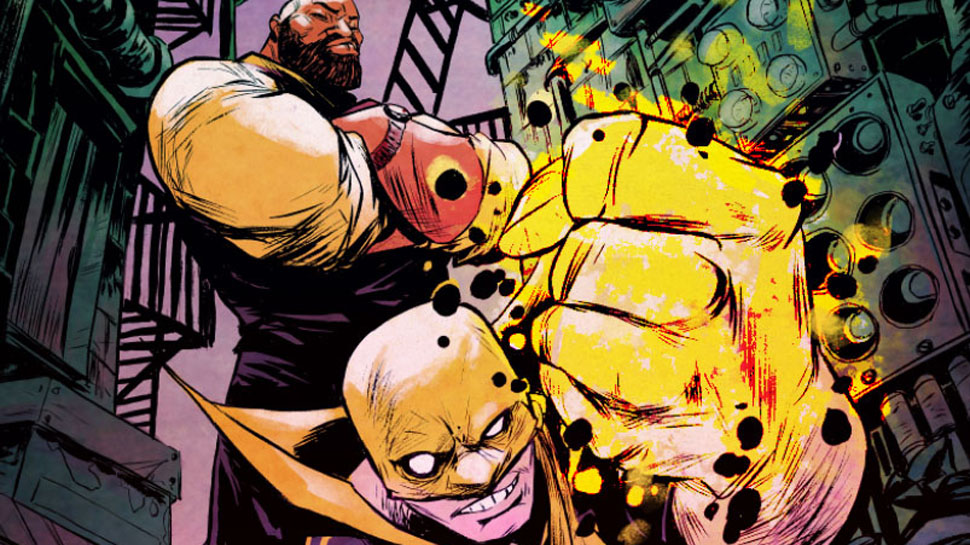 A pair of heros are ready to battle the Superior Foes of Spiderman… come take a look at what they have to offer!

Danny Rand and Luke Cage have been paired up as Heroes for Hire since the 70s, and now they’re ready to battle on the table top. Each character has his own unique fighting style, but they work well together.

Moving beyond the Martial Arts or Street Smarts? trait, Power Man & Iron Fist’s dial features power sets that accurately capture their fighting styles.  Iron Fist starts his side of the dial with Sidestep, Super Senses and Exploit Weakness and ends with Flurry and Precision Strike, while  Power Man begins with Charge, Quakeand Invulnerability and ends with Toughness and Close Combat Expert.